A lifetime involvement with horses has led James Ponsonby to his current status as a first-time winning trainer in the thoroughbred industry.

Ponsonby broke through for his first win at Albury on Thursday with Obelos and will saddle up three starters at Gundagai on Sunday. 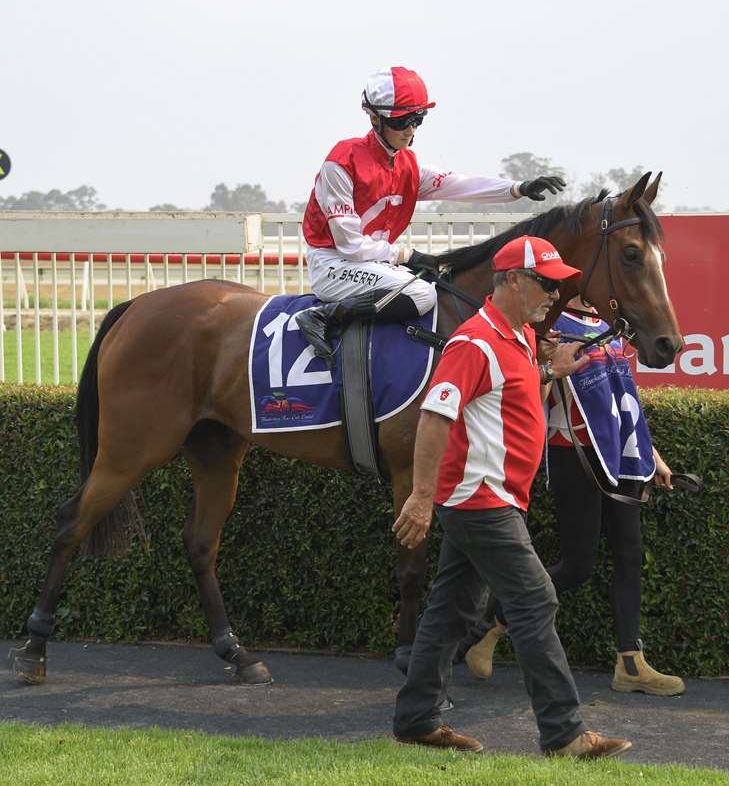 The father of four has been involved with horses since he was a teenager and previously was an established harness racing driver with more than 500 winners to his name.

The transition to thoroughbreds has been a few years in the making with time spent learning the industry with former leading jockey Mark Newnham before he branched out on his own with a complex at The Oaks, near Camden.

Some of the methods he learnt from Newnham he applies to his horses and even some of his harness racing traits may also be rubbing off on his thoroughbreds. Ponsonby hopes the win at Albury is the start of bigger things.

“It was a long trip – five hours both ways – but you have to place your horses where they have the best chance and that is why we are making the trip to Gundagai,” he said.

“It was great to win at Albury with my wife Karyn there to celebrate. We have been together since we were teenagers and she owns half of the horse that won.”

Time moves fast, and Ponsonby knows Sunday is what matters and not what happened at Albury. His three Gundagai starters have varying degrees of ability although he singled out Mai Time as his best hope of success.

“It was very exciting to get that first winner. It was 11 years on Thursday that Karyn had her first winner as an owner and me as the driver at the trots then we were able to do it again with the galloper on Thursday,” he said.

“I worked with some nice horses at Mark’s stables like Shadow Hero and learnt a lot about training and placement of horses to their ability.

“Mai Time was beaten ten lengths in her trial, but a Group horse in Nettoyer ran second. She didn’t have the blinkers on for the trial, but will on Sunday so I expect her to run well.”

Ponsonby will link with jockey Winona Costin with Mai Time, while Jean Van Overmeire will ride his other two starters – Claypan Boogie and Glitter Express.

“Mai Time is drawn in close and is my best chance whereas the other two are drawn out wide. Claypan Boogie has talent and I expect him to run on well while Glitter Express will need everything to go her way,” he said.

It will be the big stage for Ponsonby’s trio with Claypan Boogie and Glitter Express both on debut and Mai Time having her first start for him after five trials and one start for her previous trainer.