A scriptwriter could not have devised a better ending to a Hollywood blockbuster than what transpired on Sunday when the Vale George Wright Maiden Plate was run at the Parkes Cup meeting.

George Wright, the popular Parkes trainer who passed away in March, was also a legendary supporter of rugby league in the town and in a touching tribute the Parkes Spacemen first grade team interrupted pre-game preparations at another Parkes venue to arrive as horses were approaching the barriers for the memorial race.

George Wright Jnr, who had recently taken out a trainer's licence to continue operating the family stable, had two runners in the race On A Promise and Sheboygan and what happened next was pure theatre. 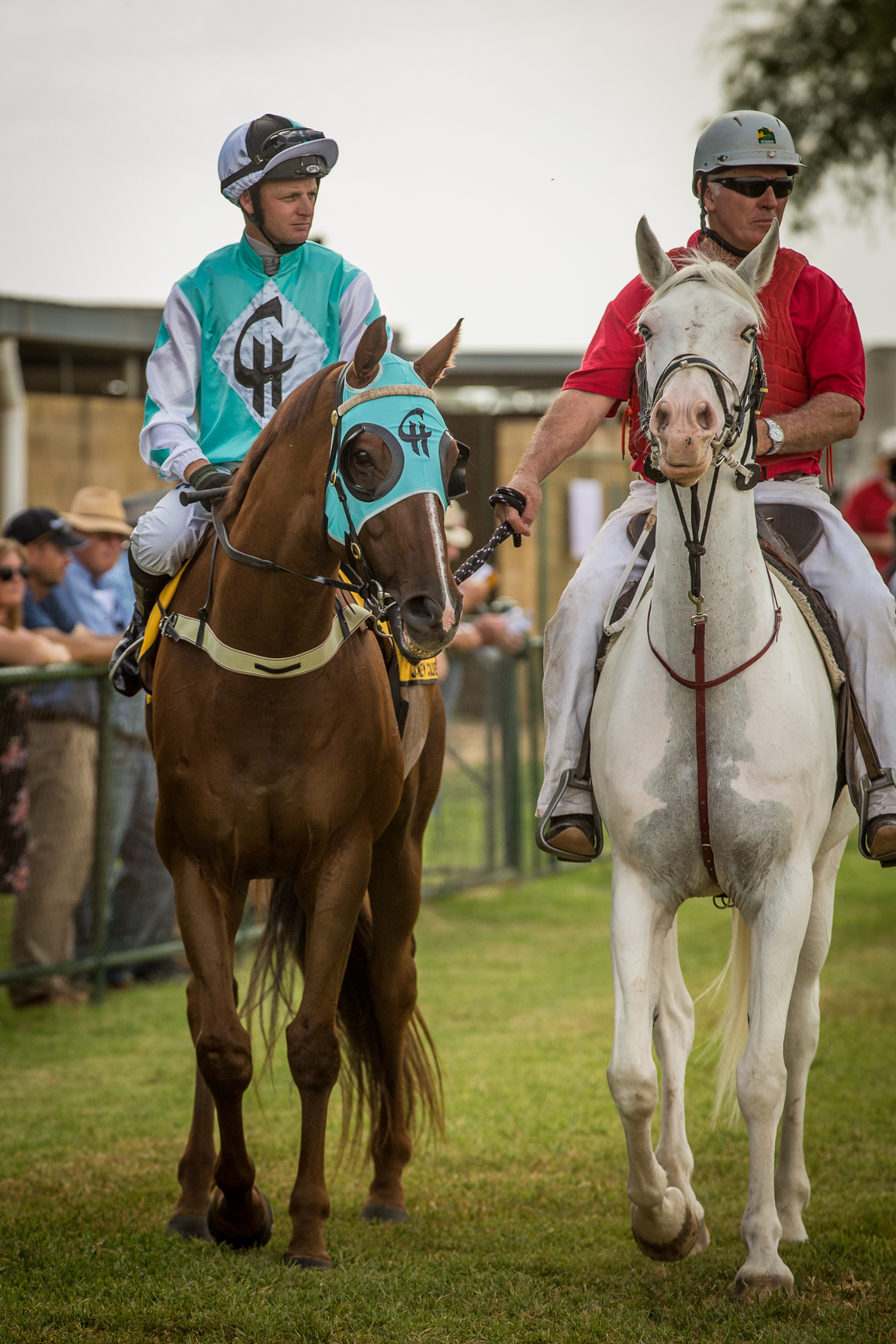 Sheboygan, an outsider, surprised by leading the 13-horse field to the home turn with On a Promise travelling fourth on the rails and ready to challenge.

Halfway down the straight it became obvious the Wright-trained sentimental favourites were going to fight out the finish and even punters who had backed other runners joined the cheering as On a Promise (Nick Heywood, $4.20) won the Memorial race from stablemate Sheboygan (Quayd Krogh, $15) and Tapanui (Grant Buckley, $5).

To complete a wonderful story, the third and fourth placegetters Tapanui and Occasional are trained by Rodney Robb from Nyngan, a long-time great mate of George Wright.

The group of owners who race the winner On a Promise are from Lake Cargelligo and were loyal clients of George Wright, and now his son George Wright jnr.

Ridden by Cowra jockey Mathew Cahill on Sunday, Class Clown ($4.60) had a nice run behind the leaders Any Blinkin’ Day and Good Host and then broke clear to win by over two lengths from Danetrille (Nick Heywood, $4.40 favourite) and Any Blinkin’ Day (Jake Pracey-Holmes, $5).

The Cahill brothers had a big weekend, Mathew winning the Parkes Cup and Queensland-based Michael Cahill winning the Group 1 Doomben 10,000 on $51 outsider The Bostonian.

Tony Cavallo rode three winners, Star Boy and Toulon Brook ($1.90 fav) for Dubbo trainer Kody Nestor and the John Marzol, Moruya-trained Bitofastar ($5), while in-form jockey Ashley Morgan brought the Leo Harland, Gilgandra-trained The Iceman ($2.70) from the back of the field for a strong win.

Other winners were Phenomenal Spirit (Bobby El-Issa, $5) from the Mark Jones stable at Dubbo and the very promising Press Box (Billy Cray, $2.05 fav) trained at Bathurst by Dean Mirfin.