Exclusive Marquee For Under 35s During Bathurst Cup Festival

With only days until the annual Bathurst Cup Festival, the excitement is mounting for this year’s running of the Bathurst Cup.  With a strong field of contenders, the 1800m race will see an exciting line up with horses coming from Metropolitan, Provincial and Regional areas.

This year The Club has an exciting new initiative with an exclusive marquee for the Under 35s being hosted by Tab and Sky Racing’s Dave Stanley. 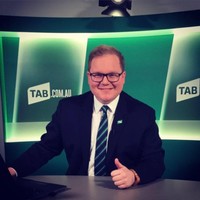 Many regularly see Dave on The Big Sports Breakfast having fun with Terry Kennedy and Laurie Daley. He is also a regular on Sky Racing 1 Saturday’s with Andrew Martin and Tony Brassel.

Dave is a big supporter of country racing in NSW and has thrown his support behind the Clubs concept of getting the younger generation to the track.

“There’s nothing quite like getting to the track, backing a winner and having some fun. It’s party time this Sunday at Bathurst!” said Dave.

The Club welcomes everyone to Sunday’s Bathurst Cup Festival, which will also see live music, free sausage sizzle and the ever popular Fashions on the Field.