After Louth last month, Enngonia races is the next big outback meeting this Saturday (21st September) with organisers this year confident the dry conditions will work in their favour.

The race meeting is celebrating its 71st year, with the date set for Saturday 21 September and hopefully perfect weather conditions. 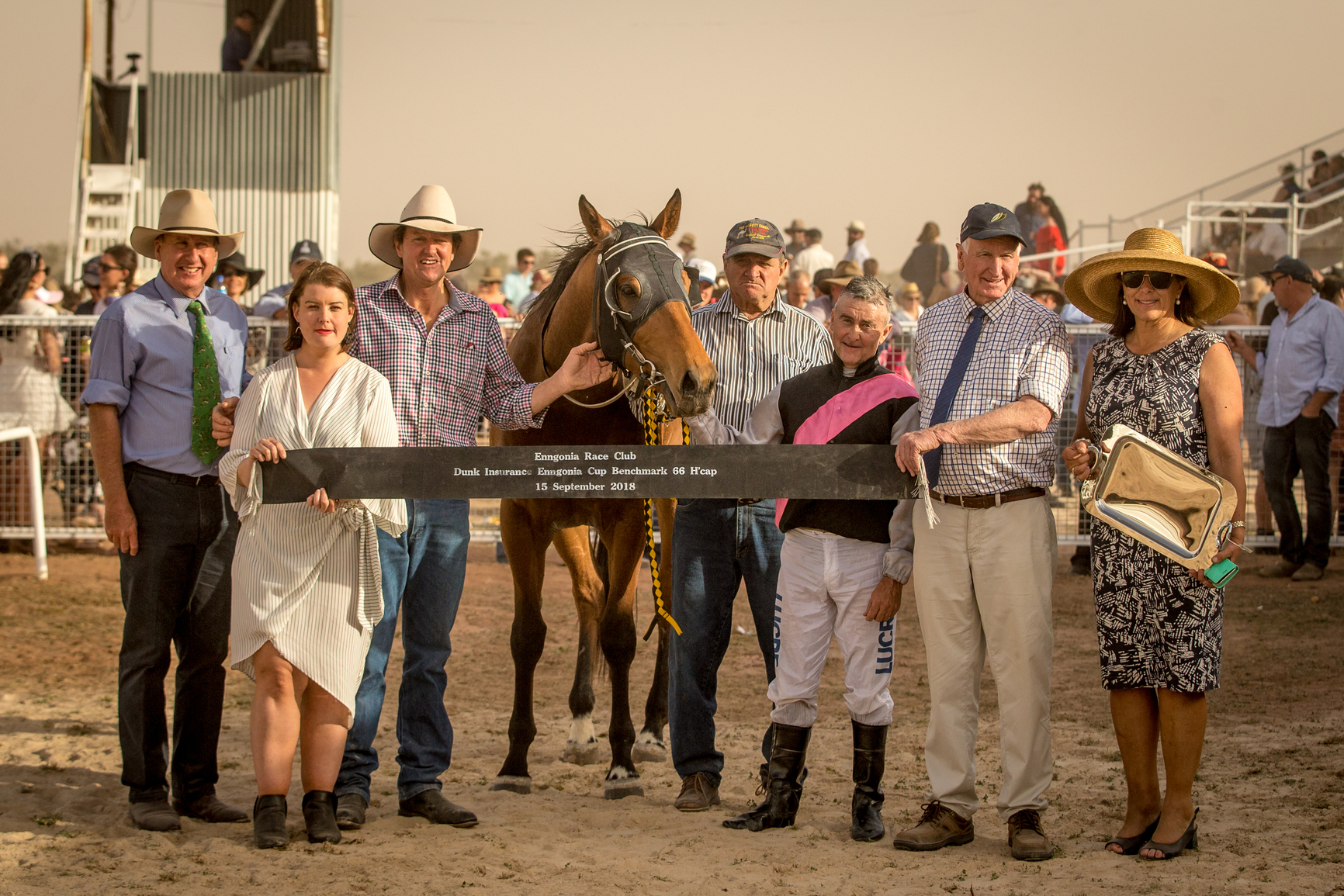 Enngonia races have been washed out several years in a row and last year severe winds challenged even the hardiest racegoers, but this year conditions are expected to be ideal for a great day in Enngonia.

“We’ve seen four of six meetings washed out and that’s why we opted for the September 21 date,” Ridge said.

“The drought has been so tough and when the meeting was planned, the wheels had totally fallen off for most of us.

“But the public has been so good donating hay and hampers and the Local Land Services rates have been waived as well, so as a way of returning the favour, landholders are sponsoring admission which will be free to public.

“Hopefully, that will see more people come in through the gates and spend more while they’re here.

“Bourke Rugby Club will be running the bar, Bourke Rotary Club is looking after food and Enngonia School P&C will have a soft drink stall. There’s a Calcutta on raceday and of course, free admission to the meeting.”

Ridge paid tribute to Phil and Di Ridge who had kept the Enngonia races going when it looked like they may have to close.

“Willy and Robin Ridge have been part of Enngonia's DNA from before they were married in 1956 and they want to give something back, so they are sponsoring their own race.

“Enngonia raceday is more than just races – it’s an important community event. It’s a time when we can enjoy a day out, when people get together and have a social gathering and forget the drought.”

The Calcutta will be held between the fifth and sixth race and a raffle will have a first prize of seven nights at the Noosa Rivers Retreat and Bourke Betta Electrical has donated a car fridge.

“There’s free camping and showers available at the track and the NSW Police are sponsoring a free booze bus from Bourke to Enngonia Racecourse and back. Live music will be provided by Two Black Cadillacs.”