Switched on emerging apprentice Dylan Gibbons 18, confirmed his NSW premiership-winning dad Andrew was “never a hope” of talking him out of a riding career and he offered a compelling insight into when they oppose each other in three races at an outstanding TAB Lismore Worker’s Cup meeting on Thursday.

“We’re aware of each other before the race but when they jump we’ve got a professional job to do," Dylan said. 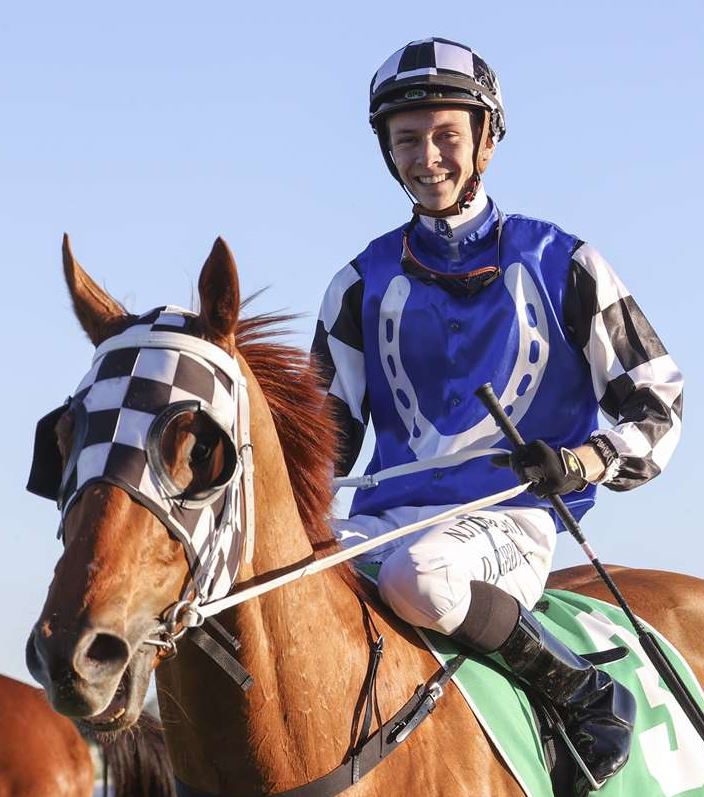 Dylan Gibbons after winning on Brave Enough at Tamworth. Image by Bradley Photographers

"We know the form so it’s just another opposing horse and jockey.

Dylan is apprenticed to top Newcastle trainer Kris Lees and will be riding his $75,000 Worker’s Club Lismore Cup favourite Top Prospect ($3.20 on TAB).

“If the form tells us Dad or any jockey are dangers, you try and keep them in your sights. Same as the form in any other race,” Dylan said.

Dylan is thriving in his first full season with the advantages and opportunities of being supported by multiple regional premiership trainer Lees.

He has ridden six winners, the first for Lees and then others for the Cody Morgan and the Brett Dodson stables. Dylan is rising in demand with a luxury 3kg claim as he gains the experience and guarantee of Lees rides.

“I have raced Dad a couple of times, funny thing I beat him home in my very first race ride at Taree but it was no big deal because we both finished out of a place,” Dylan chuckled.

Originally he tried to dissuade Dylan because of the high risks and pressures: “I loved racing, being around horses, I saw what Dad achieved and how happy and successful it made him.

"I was also a lightweight so it was natural for me. I didn’t ever see riding as a hobby.”

“He’s city grade and the class - I mean in that race he beat home Aliferous and it’s got Group and Listed form,” Dylan enthused.

With strong form at 1600m and a middle draw, Top Prospect, can be guaranteed to race on-pace. Andrew opposes him on Tavion Prince ($3.30) on 55.5kg, up in grade after winning the Tuncurry Cup and a recent Class 3 Rosehill 1800m TAB Highway.

Typically his Dad has a near full book with six rides. Lees and Matthew Dunn with city form and numbers are the trainers to follow.

Lismore is rated a Good 4 track in fine weather with a perfect 27 degrees forecast for Thursday's Lismore Cup Day.