Dubbo First Cab Off The Rank For Country Championships

The series has been a runaway success with the eight qualifying races (including the Wild Card at Muswellbrook) and the Final distributing $1.6 million in prizemoney to NSW country participants. 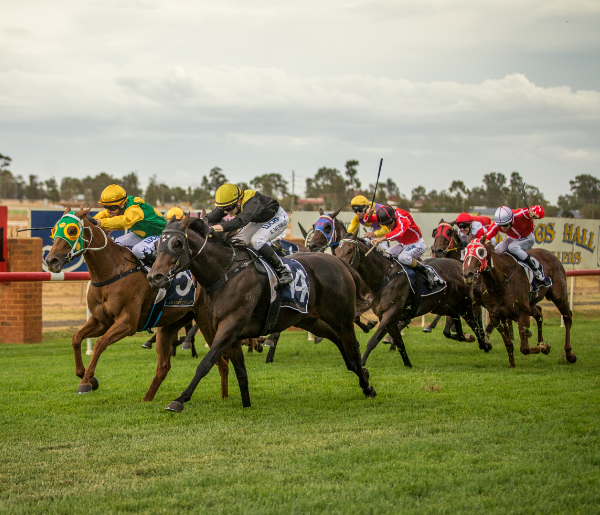 “We will be celebrating the finer things in life with a big day for fashions and racing, with the launch of the 2019 Fashions on the Field Series,” said Vince Gordon, GM-Dubbo City Turf Club.

"There'll be eight great races which will see the best of the west compete so as to contest the big dance, the 2019 Country Championships Final at Randwick in April.

“We will have entertainment by Sam Coon and Ladies Day packages, as well as a jumping castle, face painting and family activations. It will be a fantastic day’s racing with the Country Championships Qualifier the highlight.”

Meanwhile, Gilgandra will hold its big Tooraweenah Cup meeting on Saturday whereby business houses and community of the small township gather to promote and sponsor Tooraweenah, nestled at the base of the Warrumbungle Mountains.

“We have a six-race Sky 2 meeting on our picturesque Gilgandra Racecourse,” said Anne Hall from Gilgandra Jockey Club.

“On Remembrance Day 2018 a statue depicting the return of a soldier from World War I, removing his army coat and rifle to take up a plough, was unveiled on entry to the township.

“It is fantastic and something worthwhile seeing.

“Next Saturday we will have our bistro, bars and TAB outlets all operating with lunch packages available. Our Club would also like to thank Roach’s Contracting for their continued sponsorship.”

Wine Country Race Club is offering free entry to its race meetings tomorrow and on Monday 18 February at Cessnock.

The Club is preparing for an excellent year of racing at Cessnock with three feature racedays: ANZAC Day (April), Jungle Juice Cup Day (October) and the Cessnock Cup in November.

Top Newcastle trainer Kris Lees will have six runners at Monday’s Cessnock meeting with one of the more interesting gallopers, Itz Lily, competing in the final event, the W.H. Benson Benchmark 58 Handicap (1350m).

The flashy filly with a big white blaze made her debut with an impressive win over 1250m at Taree on 21 January and will again have the services of evergreen jockey, Robert Thompson.