Drums Are Beating For Ringo At Inverell

Country Cups specialist and former feature race-winning jockey Paddy Cunningham, has the numbers and the form for a productive day at Inverell on New Year’s Day, culminating in the XXXX $35,000 Town Cup (1400m).

Cunningham has a high opinion of rising mare Carry On Ringo who has the imposing record of four wins from 10 starts, has long been set for the Inverell Cup, and comes off an impressive first-up 1100m win at Armidale. 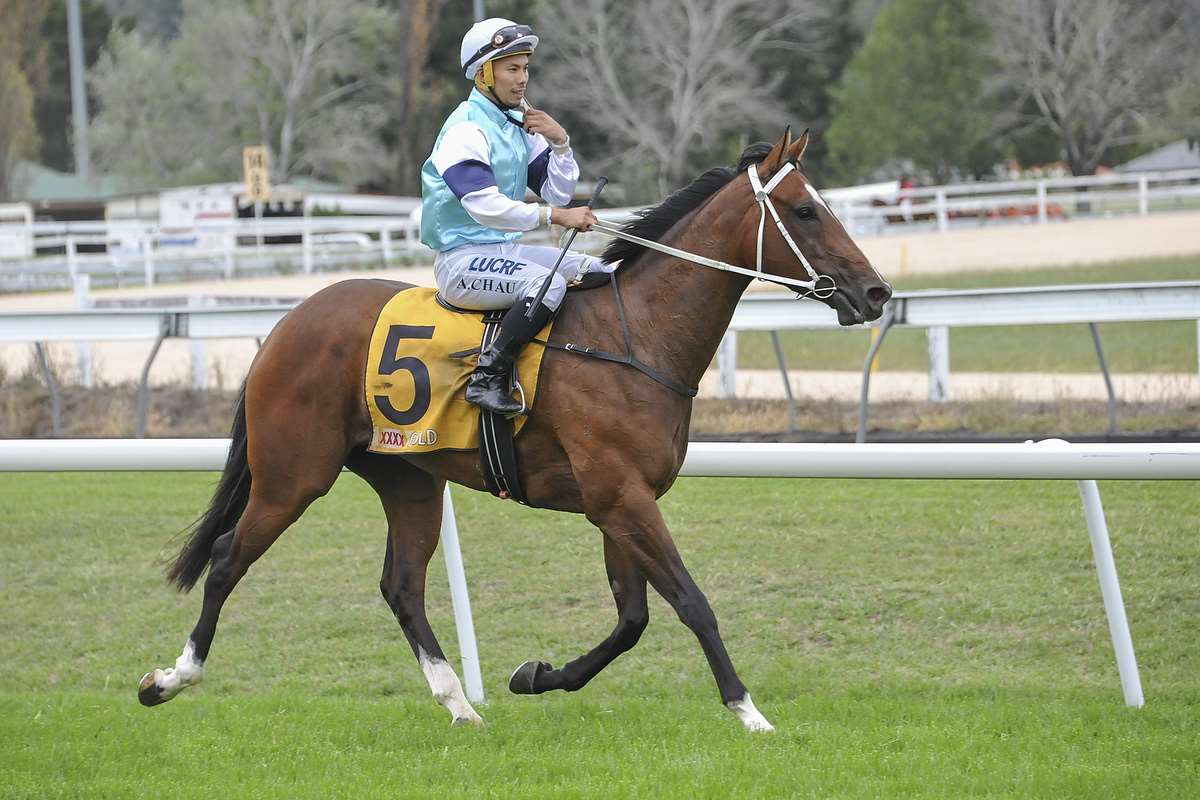 Carry On Ringo and Allan Chau after scoring at Armidale. Image by Bradley Photographers

Training out of Glenn Innes, Cunningham with a big team has won the town Cups at Armidale, Glenn Innes, Deepwater and Guyra this season and last.

And amidst an accomplished career as a country jockey, Paddy won the Armidale Cup twice and numerous other regional Cups.

“We’ve got nine in on the day, some decent chances with any luck - this mare is progressive, she won well first-up at 1100m, so she’s still nice and fresh for 1400m,” Cunningham enthused.

As a three-year-old Cunningham thought enough of Carry On Ringo to run her in the Grafton Guineas won by the Kris Lees-trained Turnberry who progressed to city grade.

“She’d shown us enough at three, winning a couple to go to the Guineas, where she ran well and then up to Doomben. So she’s run in some strong company and she’s come up nicely this prep.”

An extreme outside barrier draw is of no concern to Cunningham who has engaged Adam Sewell to ride at 54kg.

Significantly, Carry On Ringo is unbeaten second-up. She overpowered her rivals from midfield to win with 57kg in an 1100m BM at Armidale and drops in weight for open company.

Inverell at present is rated a good four track and is experiencing the typically statewide hot weather.