Dream Double For Morgan At Randwick And Wellington

Cody Morgan is chasing a dream double this weekend. 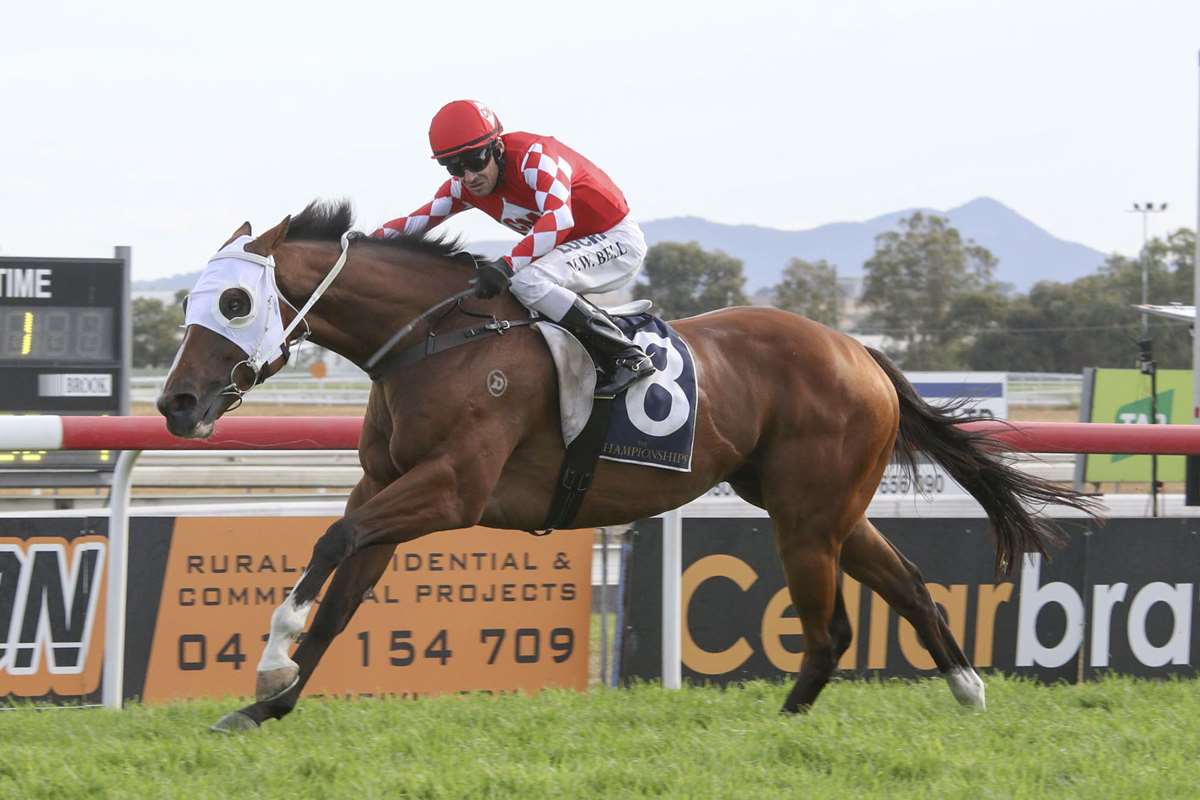 That will complete a big weekend for Cody. He was leaving Tamworth at midnight to travel to Randwick with not only Unbiased but first emergency Moobi.

He doesn’t think Moobi will get a run but if he does, watch out, because Moobi is a big track horse.

For Cody, the day is all about a bit of fun and enjoyment and the knowledge he has worked hard to have his second runner in a Country Championships Final.

His first, Pelerine, was accidentally galloped on in the Final a couple of years back and had to be put down. “It was a terrible day,” he recalled.

He’s put that tragedy behind him, the 33-year-old, working hard “head down and bum up” to develop what is a strong stable.

After 12 years of training, he has 25 in work at Tamworth and hoping Unbiased can win him his biggest race.

“We’re going in hopeful,” he said. “He’ll give them a run for their money. He’ll run well, and beat more than beat him.

“I don’t know if he’s got the class but he did have good form before I got him.”

One thing is for sure, Cody knows he will get the tough Randwick 1400m. He won the 1600m Gunnedah Cup with 59.5kg with a “really dominant” performance.

He’s also won and raced well over the 1400m. And he will have his good mate Mitch Bell on board.

“We got our licences on the same day and rode our first race together,” he recalled.

“I was apprenticed to Timmie (Martin) and Mitch was with Maso (Mark Mason),” he said of the two Tamworth trainers.

“We had our first rides in the same race at Quirindi. I won it on Tonosama for Timmie. He had me on a good horse but Mitch went on and was a better apprentice than me.”

Cody rode 147 winners in his four years as an apprentice before rising weight ended his time in the pigskin.

He took out his trainer’s licence when he was 21 and going strong in Tamworth with a good stable and the silky touches of his brother, Luke, to help with breakers and “naughty” horses.

“I wouldn’t be able to do what I do if it wasn’t for Luke,” he said of his younger brother, who is also a world champion rodeo rider.

That Mitch will reunite with Unbiased after their emotional Qualifier win at Tamworth is another bonus for Cody.

“He’s been there and done it. That gives me confidence too.”