Crockett Hoping For The Spoils At Scone (Tuesday)

Scone trainer Cameron Crockett knows how to get a cheque - his last 50 runners have yielded six winners and remarkably a further 26 top-four finishes.

It’s a frustrating statistic for Crockett but he has three opportunities to add to the win column on his home surface this Tuesday. 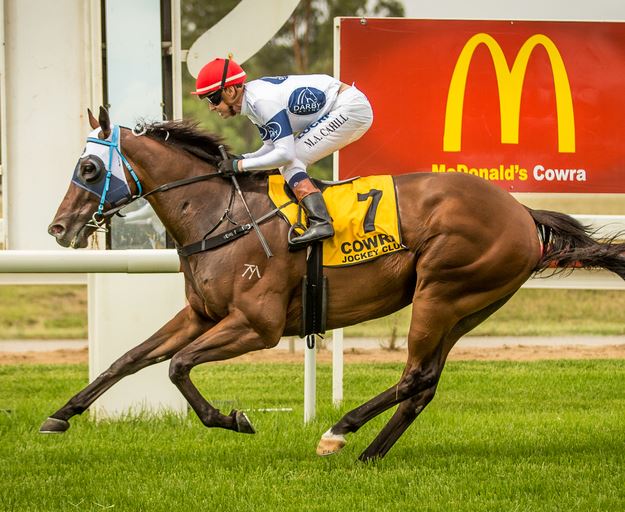 Crockett lines up Dubai Spoils ($7.50 on TAB fixed odds) in the Scone Equine Hospital Maiden Handicap over 1000m, a five-year-old Dubai’s Choice mare on debut following a nice trial at Scone on June 5.

“She’s had a few niggling issues along the way with her joints and shin soreness,” Crockett said.

“But she trialled really nicely at Scone and I think she’s now ready to go on with it.”

Crockett then saddles up The Warlord ($4.40) in the Markey Saddlery Scone Premierships Benchmark 66 Handicap over 1600m, following a throw at the stumps in a Rosehill Highway race on July 27.

“We shouldn’t have started the other day,” Crockett said. “He was drawn very wide and had a horrid run in transit, but Greg Ryan is on tomorrow and he’s been around Scone a few times.”

Crockett rounds out the day with his lightly raced three-year-old gelding Golden Avenger ($2.70 favourite) in the Stratum Star At Widden Stud CG&E Benchmark 58 Handicap over 1100m.

The Golden Archer gelding has had a win and a second at Wellington from just two starts to date.

“He’s not the most talented galloper in the stable, but gee he’s a real little trier,” Crockett said. “We know he will always give it his all.”

When asked about his recent run of placegetters, Crockett wasn’t satisfied with just picking up minor prizemoney.

“I train to train winners, not placings,” Crockett quipped.

Another local trainer well-represented is Brett Cavanough who also looks to have a couple of handy chances throughout the day.

His four-year-old Show A Heart mare Charlotte’s Heart ($5.50) may be the pick of them in the Kia Ora Stud 2019 Stallion Nominations Class 2 Handicap over 1300m to close out the day.

Gates open at 11am with the first race scheduled for 1.15pm. Entry is free for the seven-race card.