"Cracking Type" To Make It Two Straight At Wagga (Tues)

Trainer Mick Smith has always liked what he has seen in the future for Hilltop Hood.

The impressive last start Canberra winner will strive to back-up from that dominant display when he starts at Wagga on Tuesday in the Allens Coaches Benchmark 58 (1800m).

Smith is no stranger to training long priced winners with Hilltop Hood winning at odds of $15 at Canberra and before that stablemate, Hello China, bolted in on Wagga Town Plate day at $26. 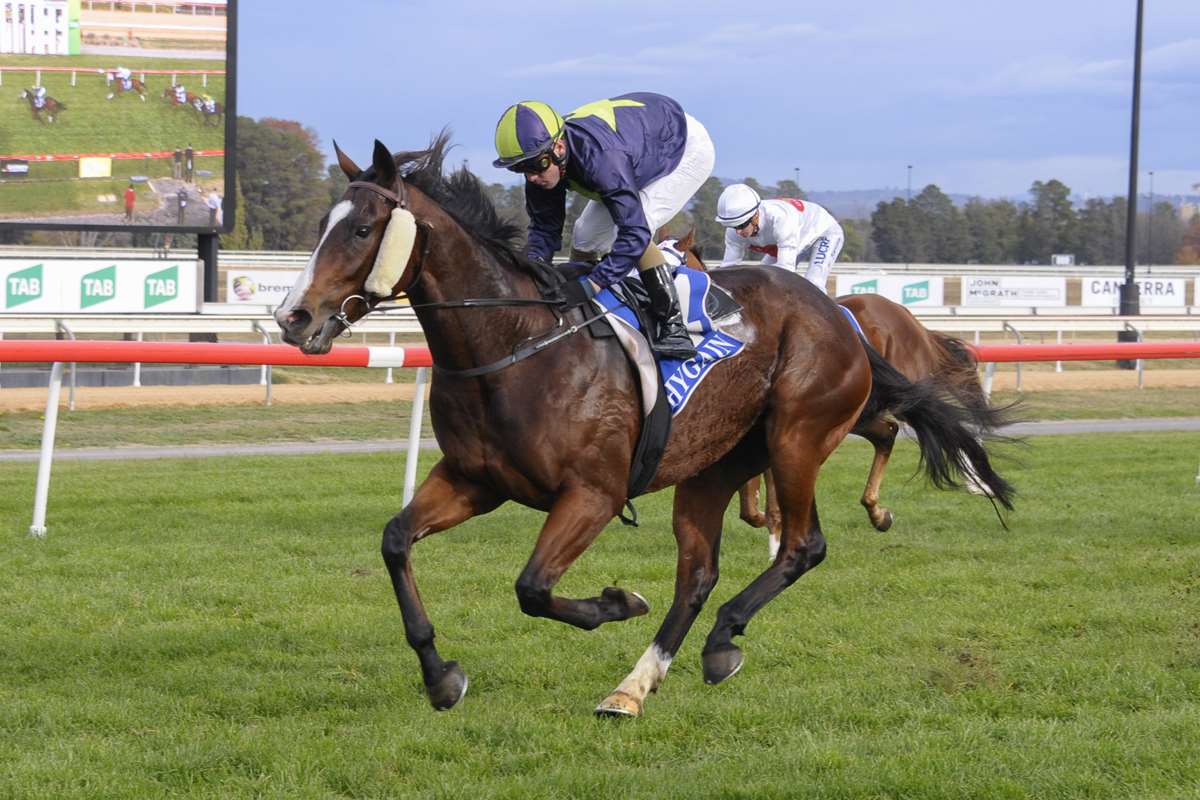 With Hilltop Hood listed as the $2.90 favourite on TAB fixed odds this time, Smith is always a bit more cautious.

“I don’t have a good record with favourites,” he lamented.

“I think the 1800 metres is great for him and a good step up from his last run – I’m hopeful he will get the job done again.”

Only lightly-raced, Hilltop Hood is bred on the same lines of many of the better horses Smith has owned with family and friends.

Hilltop Hood is a son of Poet’s Voice - who was sired by Dubawi - a stallion Smith has raced many winners from in the past.

“We bred Hilltop Hood, raced his dam and have been breeding with the family for year,” he said.

“Hilltop Hood is a cracking type – as good a looking horse as we have bred – and I think he will make a really nice stayer.

“His work since his win has been really good so I expect him to be hard to beat again.

"He is also a  winner at the track when he came right down the outside to win his maiden.”

Whicker ($5.50) could emerge as the main challenger to Hilltop Hood after finally breaking through for her first win at her 11th start.

The mare charged home to win at Wagga over 2000 metres on May 19 for trainer David Blundell and jockey Kayla Nisbet.

The same pairing won with Thistledo at Goulburn on Sunday and could keep their winning run going now that Whicker has broken through.

The meeting will open with the Lamont 2yo Classic where two debutantes create plenty of interest in the eight-horse field.

The Hayes and Dabernig-trained Malbas ($3 fav) ran second in a trial at Werribee and is sure to be well fancied.

The same can be said of Rubaiya ($4.60) which ran third in her only trial at Canberra and is trained by Matthew Dale.

Malbas is listed as the early favourite and will be ridden by Blaike McDougall who has already 81 winners in New South Wales this season.