Coyote And Three Foxes Ready To Hunt At Goulburn

A winter race meeting in Goulburn often requires a fur coat, so best to go armed this Sunday with a Coyote and three Foxes just to be sure!

Sunday’s seven-race card has a distinctly ‘wild’ feel to it with the acceptors throwing up names such as El Coyote plus another three featuring the ‘fox’ theme, i.e. Foxy Jan, Mad Fox and Think Like A Fox. 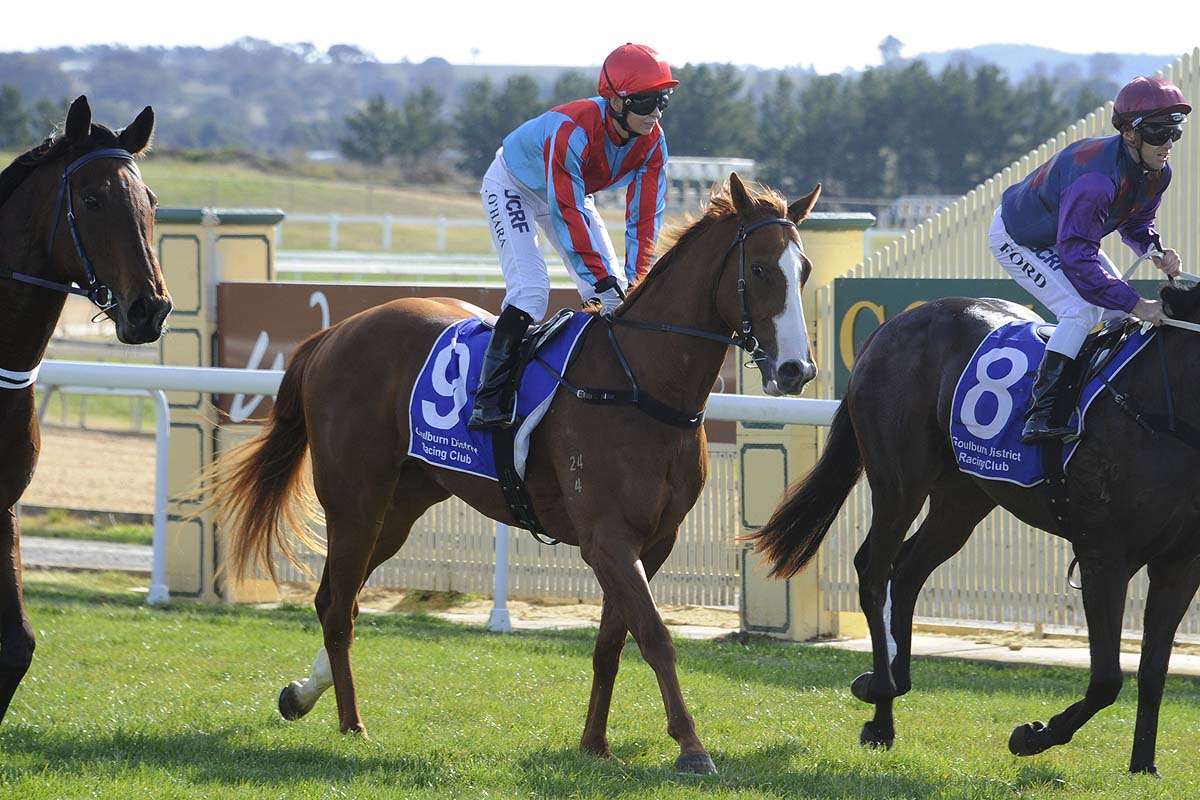 Kathy O'Hara returns on Mad Fox after the galloper had won at Goulburn. Image by Bradley Photographers

All of these gallopers are well in commission in their respective races meaning punters could do worse than follow their animal instincts in the search for a winner.

The galloper looks well-placed to feature after some positive results towards the backend of last campaign including a minor placing alongside the since city proven Charretera.

Coming off two trials and the pole draw, El Coyote ($3.80 on TAB fixed odds) could easily help punters bare their teeth early in the day.

The latest of these on her home track behind the in-form Pisa My Heart.

Mad Fox backs up quickly from last week’s minor placing at Nowra for the Robert and Luke Price team and should be ready to peak after two very competitive runs back from six month lay-off.

Currently a $4.60 chance, Mad Fox looks right in the race with form this campaign around a progressive galloper like Love My Cashews.

Goulburn’s big cheese in the training ranks, Danny Williams, saddles up Think Like a Fox ($4.40 favourite) in the same race with the lightly-raced mare looking ready to 'raid the hen house' after a steady run first-up on her home track over 1200m.

A quick review of her second-up stats highlights a runner-up effort behind handy galloper The Soloist back in September last year over this trip.

And if that’s not enough animal for punters, they can also find a Hasty Minx ($41) in Race 1!

Sunday’s seven-race card at Goulburn kicks off at 12.55pm and the track is currently rated a Soft 5.