Country Cups King Ready To Add Another To The List (Armidale)

Tamworth trainer Troy O’Neile is confident he has the circumstances, the form and the jockey to build on the amazing Country Cups record for his big-hearted gelding Try ‘N’ Run A Muck in Sunday’s historic Guyra Cup at Armidale’s Sunday TAB meeting. 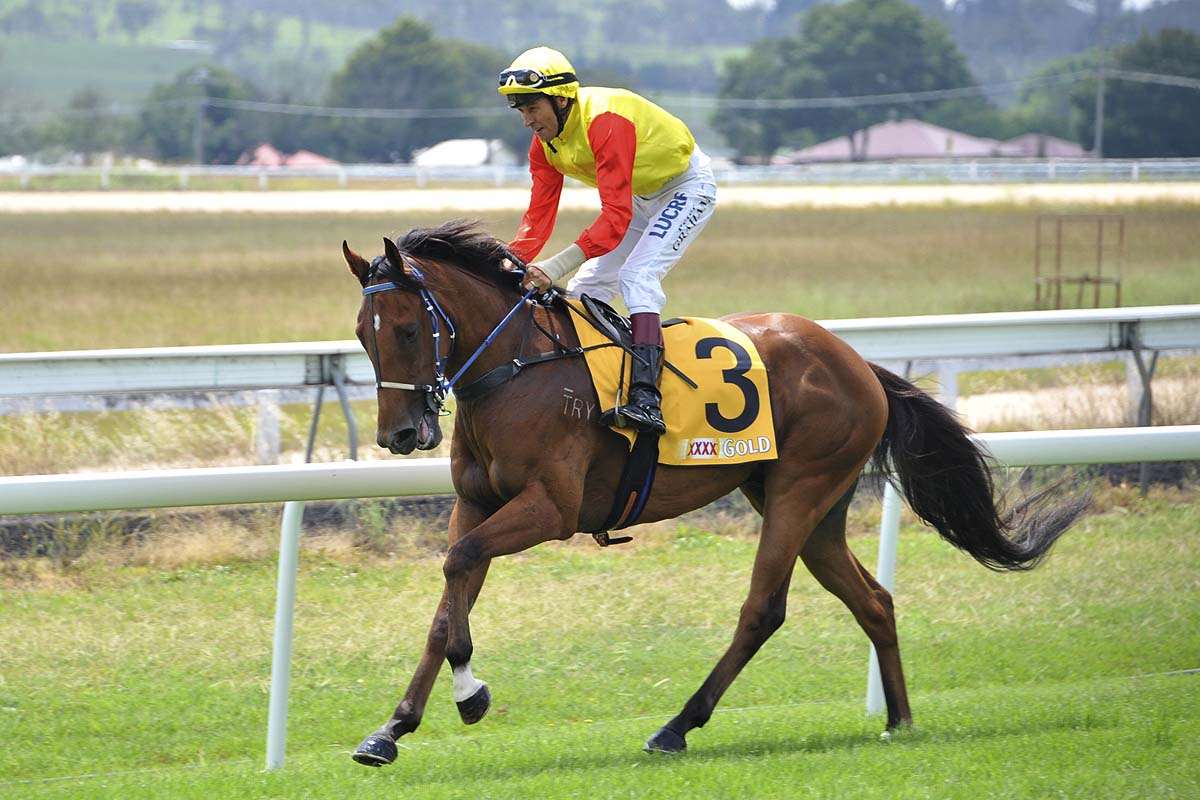 And we’re well in - I expected more weight to be honest,” O’Neile enthused as he outlined an ambitious program after Sunday’s $32,000, 1400m feature sponsored by regional solicitors Watson, McNamara and Watt.

“I thought we’d get 59kg or ‘60’ with his record. The kid we’ve claimed with (Reece Jones) won on him at Glen Innes rides well - big future.

“All going well, we’ll go to the Tamworth Cup and that Country Stayer’s race at Scone. That’s the plan and his prep this time has been just perfect.

“Armidale is a front runner’s track, Reece knows how to rate him and we’re well drawn.”

The 2.5kg claim off the 57kg for in-demand apprentice Reece Jones brings the freewheeling eight-race winner in with a luxury 54.5kg from barrier three.

Significantly, Try ‘N’ Run A Muck was allocated 59.kg before Reece’s claim when he led unextended to win at Glen Innes.

The Scone-based Jones last week landed his most significant race winner in a fledgling career on San Francisco in the Tamworth Mornington Cup Prelude for Paul Perry.

O’Neile’s major concern is Jenny Graham’s I Wanna Be A Jeep: “Going into the form, it’ll press for the lead, but it’s drawn outside us, so the draw is in our favour.”

Other key nominations, Stirling Osland’s performed gallopers, New Endeavour, Radiant Choice instead have accepted for a race at Port Macquarie on Friday, and stablemates Arugula to Grafton on Monday.

In earlier races, the Lane trained Boston Blues, the Morgan’s General Scarlet (Reece Jones) and the Grill’s consistent Attila will be hard to beat.

At present Armidale is rated a good tree track in overcast conditions.