Country Championships Berth On The Line For $1500 Buy

The four-year-old, who won two of five starts during his first preparation last year, resumes in the MNCRA Championship Preview Class 4 Handicap (1200m).

All being well, Phelpedo's next step will be the $150,000 Country Championships Qualifier over 1200m at Port Macquarie on February 17. That race is one of seven regional qualifiers (plus a Wild Card race) leading towards the $500,000 Newhaven Park Country Championships Final (1400m) at Randwick on April 6.

"He did miss a trial the other day because of a slight foot problem, so he may be a touch underdone going into Friday's race," said Prosser. 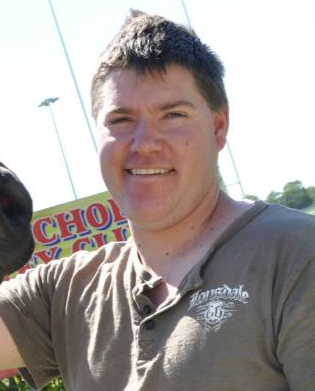 "I was keen to give him that trial - he's a big, bulky horse - but, in saying that, he hasn't missed any work at all and Peter (Graham) galloped him this week and said he was ready to run well.

"He's a nice horse and I expect him to run very well, although he's up against some horses with pretty good form, like Kristen Buchanan's mare (Dual Escape) who ran well (third) in last week's Queen Of The North.

"But Phelpedo would have to run very well in Friday's race to be a realistic Country Championship contender. I'm expecting a strong first-up run to have him spot on for the Country Championships Qualifier in a few weeks time. And if we did happen to qualify him (for the Final), the 1400m at Randwick would be ideal for him.

Phelpedo took some time to find his way into Prosser's stable last year. A son of the Newhaven Park stallion Delago Deluxe, a former champion South African sprinter, out of the Reset mare Morning Swim, Phelpedo was originally sold for $250,000 at the 2016 Magic Millions Yearling Sale on the Gold Coast.

He went into work with Gai Waterhouse, but had knee issues and did not race for the champion Sydney trainer. Prosser purchased him for a mere $1500 at an Inglis monthly sale last March.

"The new owners are very happy to get a horse for just $1500 and to have him already win a couple of races in his first few starts," said Prosser.

Prosser was delighted with what Phelpedo showed in his first preparation last year. The gelding broke through at his third start with a win in a Taree Maiden (1250m) on September 3, then won again in a Class 1 over 1206m at Port Macquarie on September 23.

Prosser decided on a spell after the gelding's last-start third to Good Excuse and Just Sizzling on a heavy 8 surface in at Class 2 at Taree on October 19.

"I'm really looking forward to getting him back to the races for this prep," said Prosser. "When we first got him he'd come out of drought-affected ground and his feet weren't the best, but they're now as good as they've ever been since I've had him."

Phelpedo could be one of several gallopers Prosser hopes to line up in the Country Championships Qualifier at Port Macquarie in just over a fortnight, but stablemate Sweet Missile won't be one of them. The mare runs in a Benchmark 66 Hcp over 1000m at Friday's meeting, after proving to Prosser last start that she just doesn't run out a strong 1200m.

Sweet Missile led into the straight in last Friday's $70,000 Queen Of The North (1200m) at Port Macquarie, but faded to finish a nine-length 10th behind the winner, Lucciola Belle.

"I thought it was worth having a crack at that race, but she just didn't run it out so she's dropping back to the 1000m this Friday and hopefully she can bounce back," said the trainer.

All four of Sweet Missile's career wins so far have been over 1000m, including an easy Benchmark 58 win at Port Macquarie three starts back on November 27.

"'I've also got Manning Treasure in the same race. She who won two races over the 1000m before finishing unplaced at Gosford last time over 1200m and the drop back in trip will also suit her."

Prosser's two other runners at Friday's eight-race meeting are Metre Eater in the Benchmark 58 Hcp (1500m) and Sunsout Shirtsoff in the Class 1 & Maiden Plate (2000m).

"They are no world-beaters but have both been racing fairly well and can get into the placings again," said Prosser. "Sunsout Shirtsoff is a bit one-paced but he actually worked the best he ever has on Tuesday morning, so hopefully he repeats that on raceday."