With creditable placings at Tuncurry and Ballina to her credit in a short racing career, Cotton Caper is poised for victory in the McGuigan BMW Since 1978 Maiden Plate at Port Macquarie on Saturday.

The Mossman filly led for most of the journey and had a great duel with Falandy all the way down the straight before being narrowly defeated with Cherax Destructor a fair distance away in third position at Ballina a fortnight ago.

The daughter of Cupro was a recent acquisition from Angela Davies to the Coffs Harbour stables of Brett Bellamy with performances on rain-affected ground providing the positive key for a solid performance in the weekend assignment. 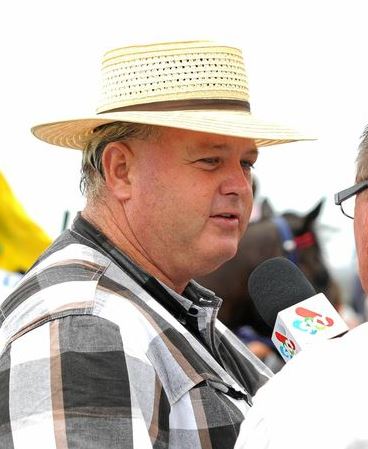 The Pluck mare was third behind the very smart galloper, Venusian, on heavy track conditions in her most recent run at Coffs Harbour indicating an ability to handle the sting out of the ground, which could prove to be an asset.

Inferno Lass is a well-travelled filly from the Scone stables of Stephen Jones and a narrow second at Tuncurry places her in a strong position to handle the challenge of the event.

Tough Case looks set to provide the testing material in the opening event following strong placings at Cowra and Taree since resuming from a spell.

The Tough Speed gelding ran a creditable third in a recent maiden behind Jennifer Magic and it is significant that Luke Thomas has engaged the services of promising apprentice, Qin Yong, for the ride.

Locally-trained gelding, Alshahhad, ran a creditable third at Port last week and should provide supporters with plenty of confidence despite earning top weight in the Benchmark 50 Handicap.

The Neil Godbolt-trained gelding tends to perform better at his home track and Jeff Kehoe has been allocated to partner the son of All Too Hard.

Sing Us a Song is resuming from a spell of some six months but will provide the stiffest opposition if anywhere near her efforts when previously in work.

Other good chances on the program are Eurogem in the Mcguigan BMW Port Macquarie Benchmark 50 Hcp as the mare clashes with Havana Storm and Natural Predator while Dark Elixir and Tiz Toby should provide the best wagers in the final two events.

With the continued threat of Coronavirus and the unprecedented restrictions imposed, the meeting is set to proceed with trainers, strappers, jockeys, officials, track staff and essential personnel the only persons admitted, which will prevent Club members, owners and members of the public from attending.

No on-course wagering facilities will be available and essential personnel will be required to leave the racecourse after their horses have run.

Racing NSW and Government health officials have gone to extraordinary lengths in providing further stringent restrictions for the successful conduct of the program with the state cut into three distinct divisions and jockeys segregated to their nominated racing areas.

Port Macquarie Race Club thanks all racing participants and supporters for their continued understanding in this most difficult time as the club continues to conduct meetings under the guidelines and protocols defined.

The McGuigan family has provided a long history of automotive excellence in the district and the club is honoured by the loyalty associated through McGuigan BMW and John Oxley Motors in providing their ongoing support of local racing.

The race meeting will be comprehensively covered on the Sky Racing and Tabcorp will provide full wagering facilities so everyone will be able to follow all the action of the local program together with Tancred Stakes day at Rosehill.