“Now that race meetings are getting back to some normality, the town is buzzing and we’re expecting one of our biggest crowds ever. 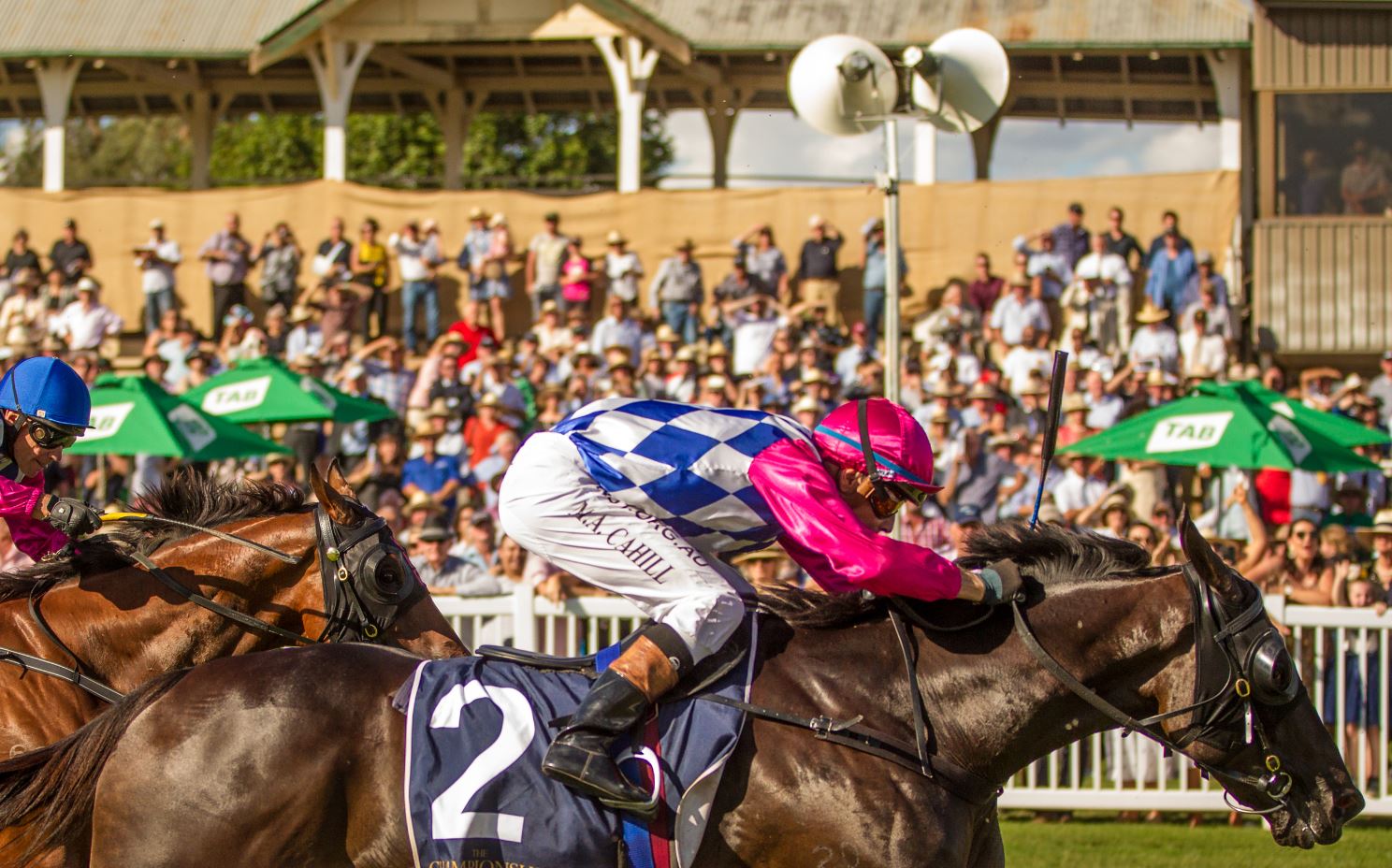 “We had a new irrigation system installed last year and the track and the surroundings have never looked better.

“In fact, Dave Hodgson [Racing NSW’s Racecourse Maintenance Manager] told us it’s now one of the best grass tracks in the State.

“There’ll be free champagne at the gates for all ladies and the oyster and cocktail bar will be very popular. We’re also hiring buses from Dubbo.”

“Our major sponsor is Landmark Coonamble and there’s $30,000 minimum prizemoney per race. We’ll also be staging a Fashions on the Field.”

One of the more fancied runners for the Championships Qualifier will be the Narromine-trained Wild Rocket prepared by Kylie Kennedy.

The mare has won four of her past five starts including a last-start victory at Dubbo over 1300m, coming from a long way back to overhaul Patrick May in the shadows of the post.

The topweight when weights are released on Wednesday is likely to be Cardiff who won at Canterbury Park two starts back.

Cardiff is among around five horses likely to gain a berth in the Qualifier for Dubbo trainer Kody Nestor.

Nestor will have a strong hand with other in-form contenders Jailbreak, One Pound, Eva’s Deel and Activation.

Jailbreak scored at Canterbury Park last start in his first appearance for four months while Eva’s Deel won at Rosehill Gardens before a let-up, then finished an encouraging fourth at Mudgee last Sunday.

Nestor had four runners in last year’s WRA Qualifier and landed the quinella with Sneak Preview and Mathew Cahill edging out Fast Talking with Greg Ryan aboard.

The pair then finished 10th and 4th respectively behind Gracie Belle in the $500K Newhaven Park Country Championships Final at Royal Randwick.

Fellow trainers Clint Lundholm and Brett Robb will also have multiple runners with King’s Champ and Gisela’s Crown stabled with Lundholm, and Great Buy and Skullharderson representing the Nyngan stable of Robb.