Evanora is still on an upward spiral as she chases three consecutive victories at the Sapphire Coast on Sunday.

Canberra trainer Luke Pepper has Evanora in peak form as she continues to climb through her grades and she again looks well suited to the soft track conditions in the Senator Group Promoted Riders Class 2 (1020m).

Raced on lease from Kooringal Stud by Marty and Toni Guenther, Evanora is more than paying her way with seven top-three finishes from eight starts. 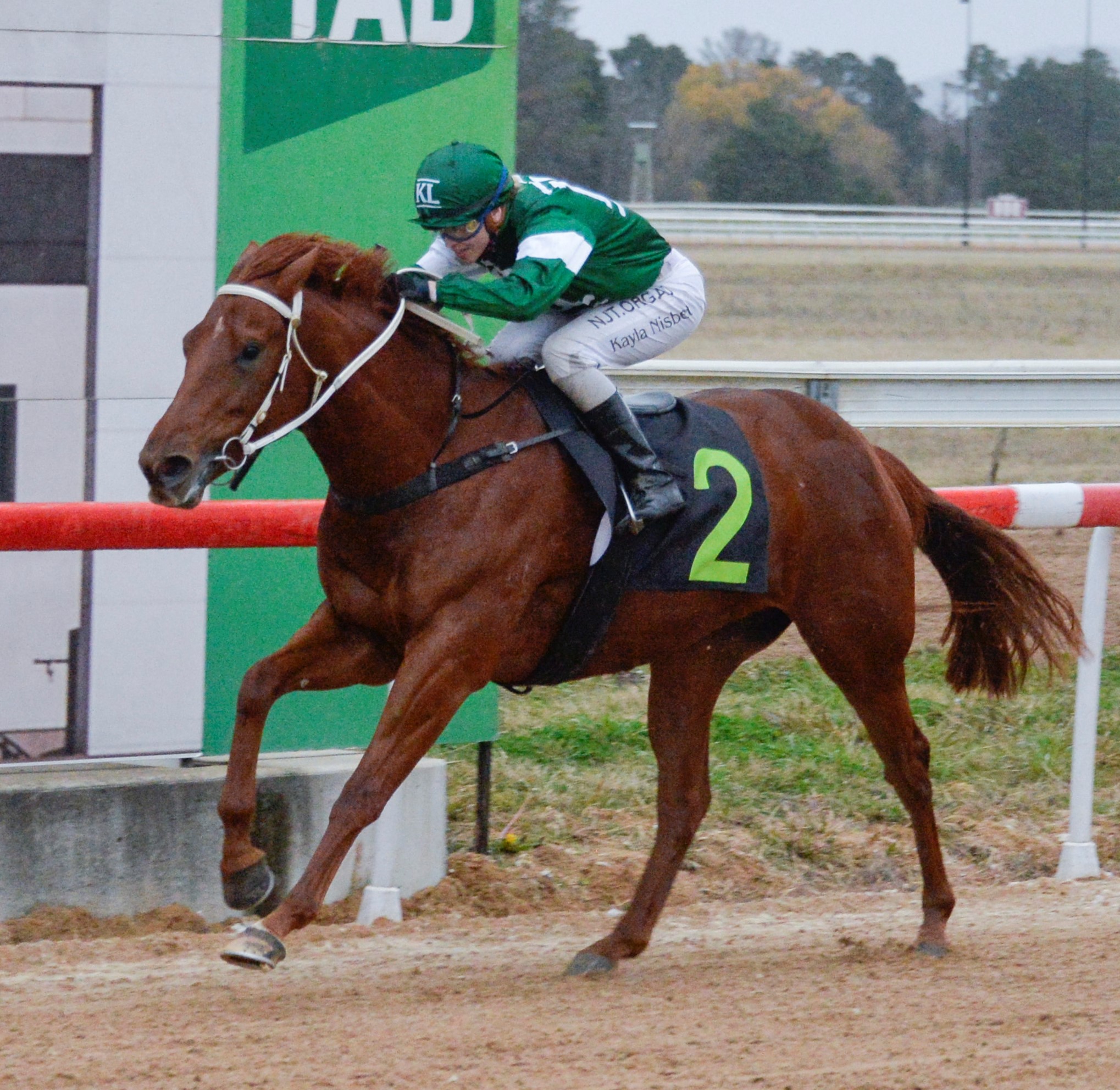 Pepper doesn’t expect anything less again from the daughter of Magic Albert despite the step up in class after winning her past two against maiden and Class 1 company.

“She is starting to get the hang of what racing is about,” Pepper said.

“I had her in at Canberra on Friday (meeting abandoned) and also Corowa on Monday, but decided to go to the Sapphire Coast where she finished second at her only start there before winning her past two.

“She is unbeaten in two starts on the synthetic track at Canberra, but she has also raced well on the turf.”

Evanora, who will be ridden by Brodie Loy from gate 12, comes up against four last-start winners in a highly competitive race.

Maddison’s Missile, Manadalong Superb, Skaiffe and Rapidity are all in peak form, while the talented Globalize resumes from a spell adding extra interest to what is sure to be an evenly contested race.’

Rapidity’s trainer Jamie Stewart has been unstoppable in recent times with four winners from his past eight starters which include three at Moruya and one at the Sapphire Coast.

He will start Rapidity and Globalize against each other in what is a special time in the career of the former’s apprentice jockey, Ruby Haylock. She will be having her first career race rides on Sunday aboard Globalize, Saarim and Never Lose Faith.

Stewart has won three races with Mr Magical and Rapidity once in recent times.

Pepper believes there are more wins in store for Evanora and is pleased to see her fulfilling her potential for her connections.

“Marty works for me so that makes it better seeing the horse going so well,” he said. “She has always showed a lot at home and is definitely improving with each start.”

Pepper will start four horses at the Sapphire Coast including Zounique which has raced once this campaign for an impressive win on a heavy track at Albury. Carrying 61.5kg, Zounique accounted for the in-form Okra and Wilybeafactor at his first start for six months.

“He won two races with the Hayes stable in Victoria then came to be, but we have had some issues at the barriers with him to overcome,” he said.

“He has been a problem getting into the starting gates and hopefully with some practice he is right. I’m hoping he is over it because he has plenty of ability.”

Zounique has only raced three times for Pepper and showed what he is capable of last time after two unplaced starts prior to going for a spell. The four-year-old son of Zoustar is ideally drawn in gate three for the 1612 metres of the South Coast Timber Benchmark 66.

Canberra jockey Kayla Nisbet takes over on Zounique and will also ride one of Pepper’s two representatives – Little Wand – in the Women In Racing Canberra (1412m).

Little Wand, like her stablemate Disco Queen in the same race, is attempting to win their first races: “Little Wand was disappointing last start at Narrandera last Sunday, but she may not have handled the track so I decided to back her up,” he said.

“Disco Queen was an unlucky second at her first start for me at Gundagai when she charged through the line late and I expect her to be hard to beat.”

Pepper is in for a busy week with the promising last start winner Glorious Dream to represent him in Sydney on Wednesday.

Meanwhile, trainer Theresa Bateup will complete an outstanding season at the Sapphire Coast with winning chances amongst her 12 acceptances. Bateup has prepared 18 winners from 58 starters at the track this season and will add another premiership to her list of achievements at the track where she has had the most success.