Having the favourite’s tag for Another One ($2.80 on TAB) in the $150,000 Newhaven Park Country Championships qualifier at Wagga on Saturday doesn’t phase his trainer Gary Colvin one bit.

Another One is the popular elect for the rich race which sees the first two horses qualify for the $500K Final at Randwick on April 3.

Colvin has been there before four years ago with Forever Newyork who was beaten a nose in his qualifier at Albury and he would love to go one better with Another One. 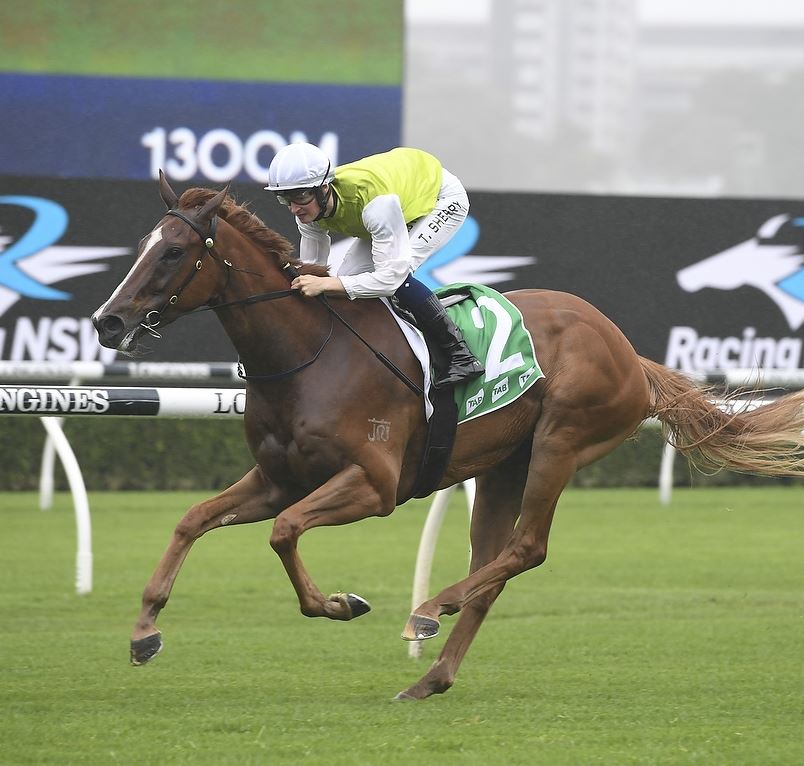 Another One (Tom Sherry) scores at Royal Randwick. Image by Bradley Photographers

“I would rather be favourite than not – let’s hope they have it right. Sometimes they do get it right – other times they don’t,” Colvin said of the betting markets.

As for his stable star’s chances, Colvin said the recent Randwick Highway winner was capable of hitting back after a last start failure in Sydney when he was coming off a break and had the addition of blinkers.

Another One will race without blinkers on Saturday and be back on his home track, but there are a host of chances right in contention such is the evenness of the field.

“He is only a three-year-old with six starts to his name and he is weighted the same as some of the older horses,” Colvin added.

“I think the move up to 1400 metres and taking the blinkers off will make a difference. He feels good in his trackwork and I’m very happy with him. It will be a very hard race to win or run second – anything could win it’s that type of race.”

Wagga jockey Nick Heywood has been booked for Another One for a couple of months and will ride at a light weight for him of 56.5kg. Adding to the occasion for Colvin and Heywood, is the booking of Hannah Williams for stablemate, Sizzling Cat ($101).

The young apprentice rides for the Colvin’s stable and is the girlfriend of Heywood. A quinella in the feature would be a dream result for all concerned, but first Colvin wants to try and just qualify for another final.

“Sizzling Cat is an up and coming horse who will like a bit more distance. I wanted to give Hannah a crack at riding in a big race and this is a good chance for her,” Colvin added.

With the higher weighted runners drawing wide, it will be up to jockey navigation, luck in running and the right horse peaking on the day to determine who qualifies. Blitzar ($8.50) is among the best chances rated just behind Another One, Oamanikka ($4.40) and Lady Brook ($5.50) in most betting markets.

Former leading local apprentice Tyler Schiller has switched to Lady Brook for his former boss Phil Sweeney, leaving Brock Ryan to take the ride on Blitzar after he rode it last start. Blitzar is peaking on time for the qualifier after two solid efforts back from a spell and will be stepping up to 1400 metres for the first time.

Trainer Chris Heywood hopes his goal of qualifying for another final is fulfilled.

“The way he has been prepared I think he will get the distance. It will be a high-pressure race and he has never been over 1400 metres, but some of the others haven’t either,” he suggested.

“There are four or five who stand out to me with what they have shown in better quality races. Horses like Another One, Lady Brook, Oamanikka and Mnementh ($9) have that type of form.”

Some are expecting a first-up blow out from topweight The Doctor’s Son ($18) who has to carry 59kg. The Doctor’s Son hasn’t raced since November but has a touch of class having won an $80,000 race at Bathurst over 1300 metres in September.

Murrumbidgee Turf Club chief executive Steve Keene said all was in readiness for an outstanding eight-race program with the qualifier the last event at 5.40pm.

“It’s a quality field, very even, and there are a lot of chances,” he said. “The weather forecast is perfect and the track is in great shape so it should be a fantastic day.”