Colvin Stable Clicks Into Gear In Time For Christmas

It has been almost a decade since trainer Gary Colvin won the Ted Ryder Cup with stable favourite, Irish Key, and on Monday he is well poised to claim his second.

Historically, the Colvin stable has its share of success at this time of the year and again that is the case with Noble Descent and Danetrille his representatives in the Hillis Motor Group Ted Ryder Cup (1600m) on Christmas Eve. 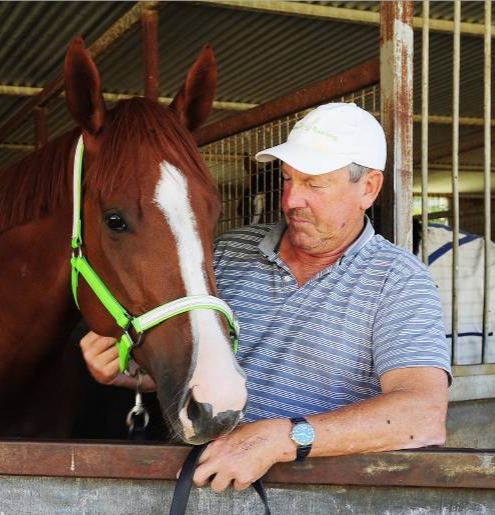 The return to racing of Country Championships heat runner-up Forever Newyork in the Cottontails Winery & Restaurant Benchmark 74 (1200m) adds to a strong line-up of contenders for Colvin.

Albury jockey Blaike McDougall has been riding both Noble Descent and Danetrille and will stick with the former on Monday with Jake Duffy aboard Danetrille.

Colvin said Danetrille’s closing fifth in the Cup prelude behind another contender, Class Clown, had him well positioned while Noble Descent was at his peak.

“I have kept Danetrille a bit fresh for this race as he raced a bit dour last start and closed off really well,” he said. “Noble Descent is ready to go and all of his runs have been solid.”

The appearance of topweight Spunlago with 61 kilograms has kept the weights down with Colvin’s duo either on the minimum of 54 kilograms or just above it. Spunlago ran fourth in the Wodonga Cup at his latest start and has to concede seven kilograms to some of his rivals.

Colvin and Wagga mentor Chris Heywood each have dual representation and could well fight out the finish of the $32,000 race which dates back 30 years. Heywood’s Class Clown defeated Bondo and stablemate Not Too Sure in the prelude with Danetrille fifth.

Not Too Sure’s form is splattered with consistent runs, a win in the Stan Sadleir Stakes and a second in the Gundagai Snake Gully Cup preceding his third last start.

“He doesn’t know how to run a bad race. He was trapped deep last start and battled on really well,” Heywood said of Not Too Sure. “Class Clown has drawn the outside barrier, but that won’t worry him as he will work forward and be on the pace. He will carry the same weight and is well suited to the mile at Wagga.”

Class Clown excels at the distance with four wins from eight attempts, while he is unbeaten in three runs over 1600 metres at Wagga. The gelding also excels at Wagga winning six of his 18 starts.

Meanwhile, Colvin feels two trials have Forever Newyork ready to run well in the feature sprint. Twelve months ago, Forever Newyork ran third in a Sydney Highway Handicap, but has only raced twice since then.

“He is a gross type of horse who will improve with the run,” Colvin said. “His trials have been good and he is ready to go again.”