He's a five-year-old grey gelding who has had a few 'grey' days of his own in the last year.

Rozburg is a galloper that is the ultimate example of the rollercoaster ride that racing can roll out to participants.

One minute he was doing what few horses do by putting three lengths on his rivals in a slashing debut win, then within six months he was off to the paddock for well over a year, his odds of racing again dependent on his ability to overcome a range of issues. 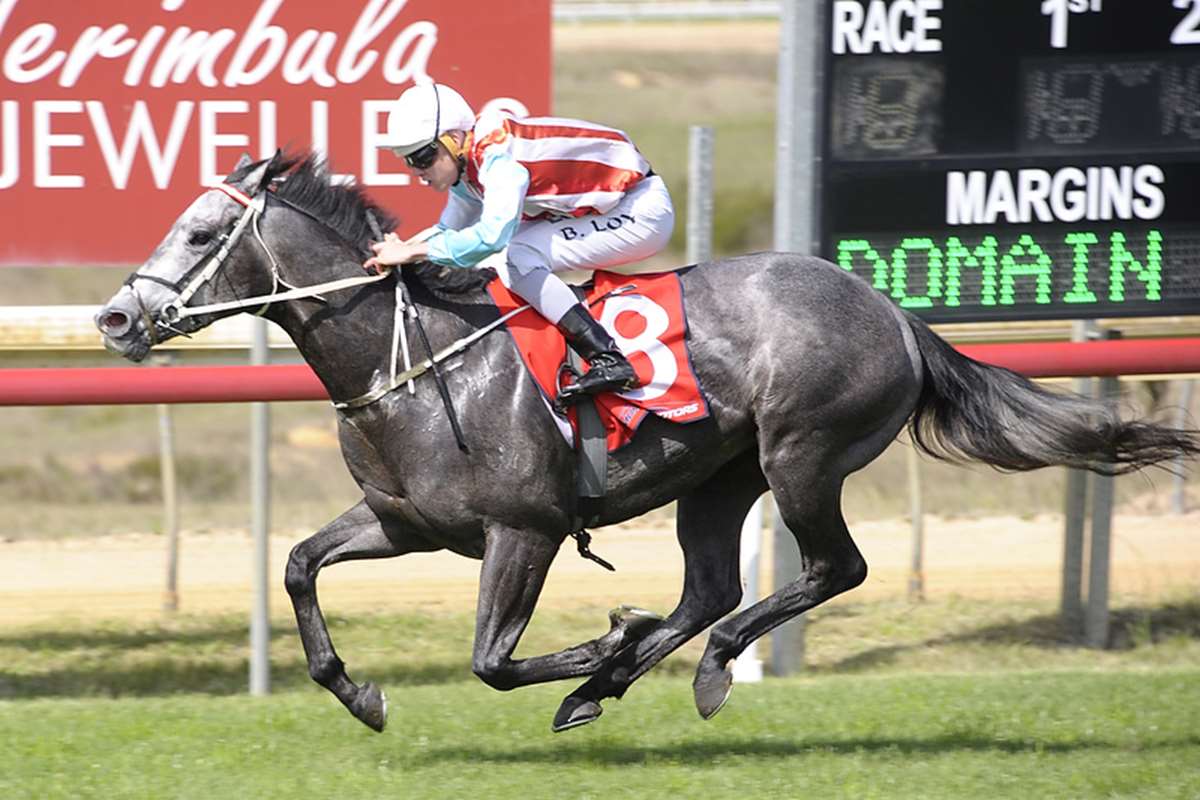 Rozburg's Goulburn-based trainer Scott Collings, has had a ringside seat from the moment the horse impressed in his debut race at the Sapphire Coast in November 2017 and says it's been a slow road back.

"Rozburg developed some issues with his feet and coping with the demands of being a racehorse," Collings said.

Collings says it’s something no trainer with a young talent wants to see but he's hopeful that the time invested in Rozburg has been well spent.

"Through perseverance and time he has made it back to the races. Time is a great healer and he is now a stronger more solid racehorse."

The journey back to the races has been a long one, punctuated by hard work and patience on Collings's behalf.

At Goulburn on Friday Rozburg resumes in Race 7, the Douglass Blinds & Security Screens Class One Handicap over 1000m after more than a year away from racing.

In the blink of an eye, he has gone from an immediate impact three-year-old to a five-year-old putting raceday pressure through feet that have questions to answer.

But there are signs of life. Rozburg has been to the trials twice, winning the most recent on his home track in respectable time. His trainer was suitably impressed.

"The horse trialled really nicely having had his second trial back from injury. He really appreciated being back on the grass."

Collings says that a return to raceday action is just another step in the horse's journey back to what will hopefully be competitive results.

"We are aiming to build up race fitness and hit the line strong. We would love to see him bring back his three-year-old form."

Collings has a senior rider in Simon Miller booked for Rozburg's return to the track, something his trainer said fits well with the approach the stable is taking with the horse.

"He is a strong character with a dominant personality so he is best in the hands of a senior rider. We would love to see him in the first four."

Rozberg faces a genuine field over the 1000m with five other horses in the race either having won or run top three in their latest contests.

Collings understands that's the nature of racing though, especially on the tablelands these days.

"Yes it's always very competitive here on our home track, you have to expect to compete against Sydney trainers at Goulburn."

Goulburn's eight-race card kicks off at 12.15pm on Friday with the track currently rated a Soft 5.