After featuring prominently throughout his racing career, Cogliere takes the first step towards hometown feature honours in the $32,000 Stowe Australia Cup Prelude at Port Macquarie on Sunday.

Since debuting in the Listed-Breeders' Plate at Randwick in 2015 behind the ultimate Golden Slipper winner of the season, Capitalist, the son of Pluck has amassed just over $384,000 in prizemoney in a career of six victories and nine placings. 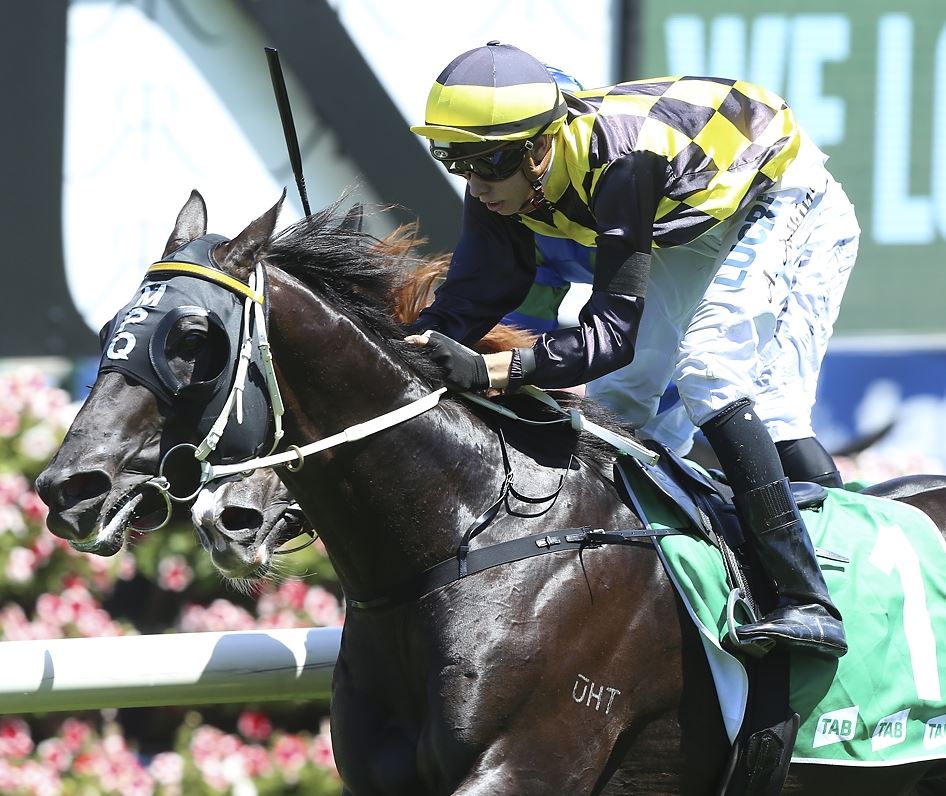 After representing the north coast in the 2017 Country Championships at Randwick, Cogliere has been an integral part of major racing around the district resulting with victory in a South Grafton Cup and prominent performances in feature cups at Coffs Harbour, Taree, Tamworth, Gunnedah and Wauchope.

If the gelding is able to take out the club’s premier event in a couple of weeks, it would be a career highlight and a wonderful thrill for Marc Quinn since the prominent local trainer took the reins from his late father, Pat.

With some keen racing judges highlighting the fact that Cogliere is yet to win at his home track after four appearances, Saxon Rock and Dew Drop are set to provide the keenest opposition.

After a recent win in the Maclean Cup and creditable performances in cups at Coffs Harbour and Murwillumbah under his belt, Saxon Rock is well placed to provide the Matthew Dunn stable with a forward showing.

The Snitzel gelding’s fourth behind Sikandarbad in the Coffs Cup was full of merit with the winner running a gallant second since at Rosehill in the Group 3 Premier Cup behind Mugatoo.

The local stable of John Sprague has Dew Drop engaged with the Eavesdropper gelding putting the writing on the wall with a strong victory at Coffs Harbour in a Benchmark 66 event at only his second run from a spell.

It is significant that Ray Spokes has been engaged for the mount with the popular jockey enjoying tremendous success for the new season resulting in 15 victories and 17 placings since August 1st.

With the Prelude winner and second placegetter being exempted from the ballot for the $200,000 Port Macquarie Cup on Friday 9th October, there is much at stake for Sunday’s prelude.

There will be plenty of interest around Alpha Go in the Happy Birthday Dennis Robinson Handicap following a comprehensive win at Grafton at the chestnut gelding’s second official start.

The son of Super One appears to be a horse with plenty of potential after accounting for Gold King by just under four lengths and Tony Newing looks to have found the key with Alpha Go following a transfer from the Warwick Farm stables of Bjorn Baker.

The following event provides a strong case for Berruti with the Kris Lees-trained entire backing up following a debut victory over Enamour at Muswellbrook three weeks ago.

A massive list of nominations provided racing officials the opportunity to program an eight-race card and the forecast of fine weather will provide the best surface possible for competitive racing.

Stowe Australia are one of the country’s leading electrical and communications installation and service contractors and the club is delighted to acknowledge their 110-year anniversary and continued support.

Coronavirus restrictions continue to be varied with a limited number of patrons allowed to attend the race meeting and it is a requirement that attendance intentions are registered with the Port Macquarie Race Club at admin@portmacquarieraceclub.com.au or (02) 6581 1964.

Names and contact details are required upon entry and restrictions remain in place for people who are unwell, are in one of the risk categories or have travelled from a hot spot area without following the required guidelines. Both the Ivan Livermore Stand and Clydesdale Rooms will be in operation providing catering and wagering facilities and strict protocols and social distancing will be enforced.

Punters unable to attend will be able to follow all the action live from the Port meeting and major programs around Australia through the screens of Sky Racing and comprehensive wagering facilities continue to be provided by Tabcorp.

Further details will be announced regarding attendance limits and arrangements for the two-day Cup carnival commencing on Friday 9th October.