Coffs Harbour gelding’s Plonka and So Shy are aiming at Saturday’s $75,000 TAB Highway Handicap (1200m) at Rosehill Gardens and while their respective trainers are confident they will run well, Coffs Harbour Racing Club officials are hoping they might just quinella the race.

CHRC's manager, Tim Saladine, loves it when any Coffs-trained horse travels and wins. He’d be even more delighted if Plonka ($4.60) and So Shy ($19) run one-two Saturday.

“It would be great for Warren (Gavenlock) and Aiden (St Vincent) and a great promotion for the club,” Tim Saladine said. 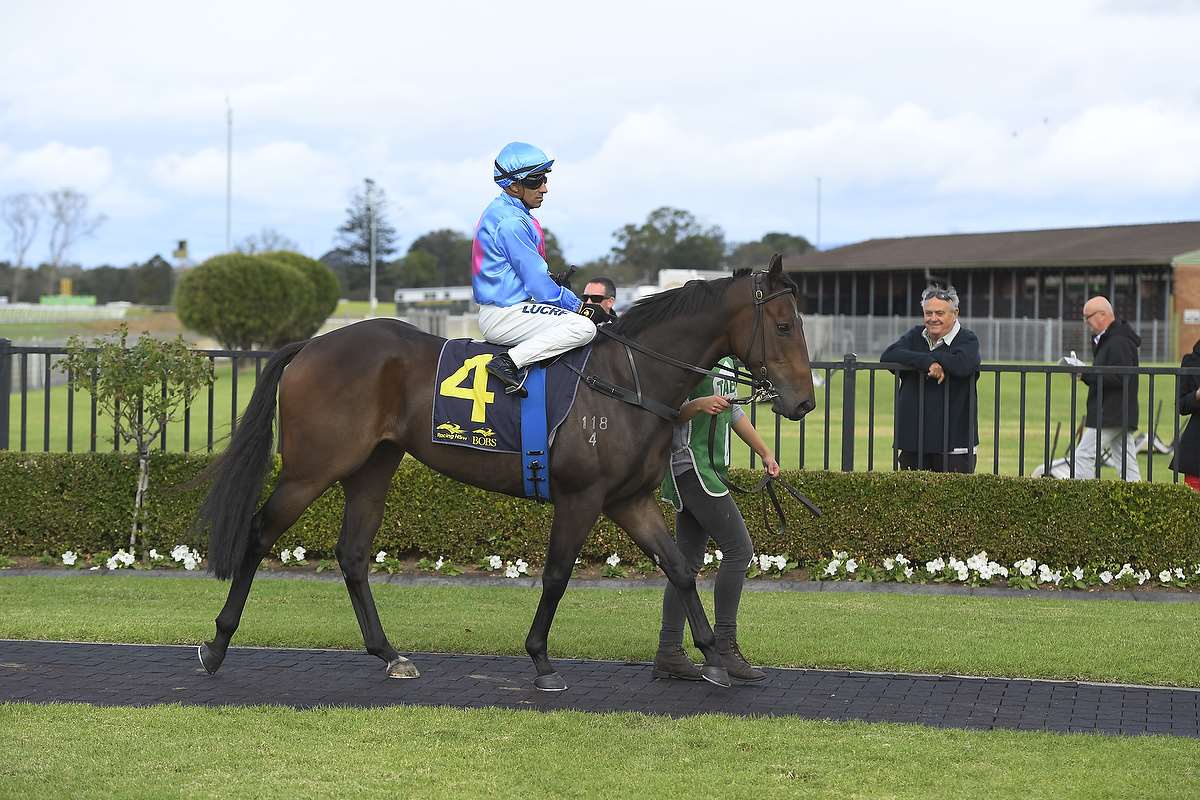 So Shy (Jeff Penza) parades before a race at Kembla Grange. Image by Bradley Photographers

“It would be a credit to two good trainers. Warren has a very promising horse in Plonka, who was a very good winner at Tamworth on their Cup day. He’ll be fitter for that run too.

“Aiden has been going great too, he’s probably had five or six winners over the last couple of months. Hopefully, they run one-two, couldn’t think of anything better.”

“Plonka’s been well-supported in the market,” he said of Warren Gavenlock’s lightly raced three-year-old. “Fearnley beat him at Grafton so if Plonka wins it makes him (Fearnley) look even better.”

Fearnley, he said, is out spelling while So Shy has just returned.

“He finished fifth at Hawkesbury,” he said of his first run back in a similar Highway Handicap race three weeks ago.

“Got beaten just over three lengths. That was his first run for eight months. I also took him down there to see how he handled the trip and he did that well too.

"I think the 1200m suits him better this time and no doubt that run under his belt will do him good. He’s also drawn well and has a couple of speed horses outside him. Hopefully they have to be used up to get across and he can sit just off the speed. I’d like to be stalking them.”

While he thinks the two horses that finished in front of him at Hawkesbury will be hard to beat he “won’t be too upset if Plonka beats us”.

“I wouldn’t say he’s improved but more so he’s maintained and going along quite nicely. But he doesn’t have to improve a helluva lot after an impressive win at Tamworth and an impressive second at Grafton to Fearnley.

“He’s drawn 11 but that doesn’t concern me a great deal. He’ll be able to get across and get a good possie, be handy at the turn and then run over them.”

Sounds simple. Sounds great. He also travelled “great” Warren said of his trip down. “I do expect him to run well and expect him to be hard to beat.”

So what happens then? “I’d like to be able to say he’s a Country Championships horse,” he said.

“If we think he can get the 1400m then we’ll spell him and bring him back for next year’s Championships. That’s the plan, but first we’ve got to get Saturday out of the way.”

A Country Championships campaign is also on the card for Fearnley, as long as he matures in body and soul for Aiden St Vincent.

While he has So Shy in the Highway his father, Paul St Vincent, will come over from Tamworth to help out with Friday’s runners at Grafton and then take Hennessey back across the ranges to race at Gunnedah on Hopefuel Gunnedah Cup day.

Winners at Grafton Rosehill and Gunnedah would be an outstanding result for Aiden and his small but blossoming team.