Cleary Clan Looking To Clean Up At Queanbeyan (Tuesday)

The popular local recipients of the Queanbeyan training and riding premierships can be guaranteed to respond to the occasion for favourite backers at Tuesday’s TAB meeting.

Joe Cleary was the season’s leading trainer, his new house guest Ellen Hennessy won both the leading jockey and apprentice’s titles, and along with Joe’s esteemed father Frank, combine with strong form and numbers throughout the seven-race meeting.

Races are named in honour of  Joe and Ellen, and Joe’s The Kosciuszko-contending mare Girls Are Ready. 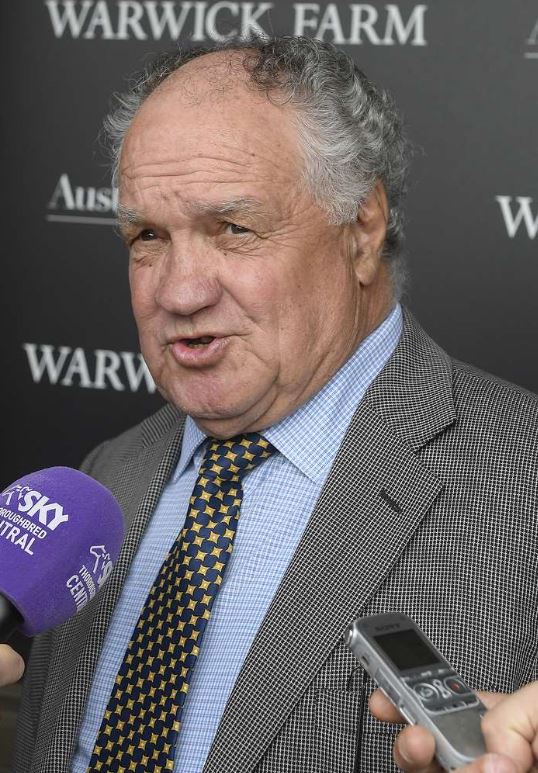 Ellen has five rides for the Clearys and two more for other stables on Tuesday’s program.

Frank famously won the 1999 Golden Slipper and Black Opal double with Catbird and at 72 years, retains his zest for racing and also Rugby League as chairman of the Queanbeyan Blues.

“I’ve got six in work, I reckon Silica Sand and Social Smile will be hard to beat in suitable races, the little girl (Ellen) is really capable and they’re both drawn well,” Frank explained.

"Silica Sand is a lightly raced mare and she’s progressed from her only two runs.

“Social Smile has been competitive in better races. But the best bet of the day is that I’ll train more winners than Joe!” Frank chuckled.

Both Frank and Joe are confident Girls Are Ready has the quality to contest the $1.3 million The Kosciuszko at Royal Randwick on Saturday 17th October.

Frank was planning his day having a beer with former Raider’s chairman John McIntyre who was inducted into the ACT Sporting Hall of Fame.

“I’ve been mates with John for 40 years, trained horses for him and we’ve been going to the Blues’ and Raiders games for a long as man can remember.

“It’s a way of life for us and we’re looking forward to tomorrow.

“You know Joe was an outstanding young player, he was captain of the Raiders’ Flegg team after coming through the Queanbeyan juniors.”

Meanwhile, Hennessy enjoyed a super season. Last season’s 35 regional wins for the “pocket rocket” from County Kildare rapidly reduced Ellen’s maximum claim as she bounced back from a lengthy suspension that saw her work as a waitress and bar attendant.

The newfound desire and determination saw Ellen ride trackwork at both Queanbeyan and Canberra from where she was rewarded with opportunities and ongoing success was triggered by a winning treble at the Sapphire Coast early last season.

For convenience, she lived in proximity to both tracks before eventually boarding with the Cleary family in Queanbeyan.

Ellen drove the eight-hour near 700km return trip to Wellington for just the one ride today but has a full book of seven mounts locally.

At present Queanbeyan is a soft 5 track rating in fine weather.