Class Galloper With $500K Earnings The One To Beat At Gundagai

With the best winning strike-rate, most prizemoney and the region’s top jockey on board, Don’t Give A Damn looks set to deliver in the $100,000 XXXX Gold Snake Gully Cup at Gundagai on Friday.

Don’t Give A Damn has been installed as $3.30 favourite with ace jockey Blaike McDougall to ride for leading trainer Danny Williams. 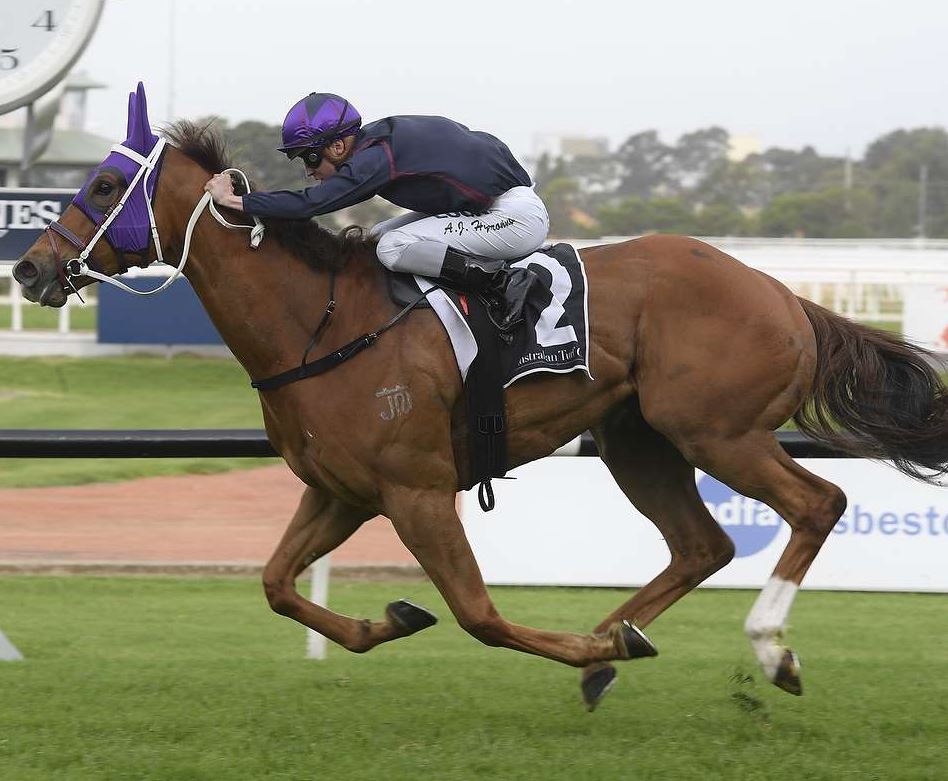 The trainer feels his charge is well placed dropping back to country grade despite having to carry topweight of 60.5kg.

“The weight isn’t a problem and he has often carried 60 kilograms and more,” Williams said.

This will be Williams's first crack at a Snake Gully Cup and he would love to win the feature for the horse’s owner, Keith Carmody of Young.

“Gundagai is one of the towns with a lot of tradition. It’s nice to win a race anywhere and the $100,000 is a big attraction,” he said.

“It’s basically Sydney Saturday prizemoney and it’s in the country.

"I have only raced a few horses there over the years and it’s one place I enjoy going because of the country atmosphere.”

Don’t Give A Damn has earned over $500,000 which is well in advance of his nearest rival, the veteran Gentleman Max ($26). He has won seven of his 19 starts, but hasn’t finished first in just six starts over the past twelve months. Williams expects his stable star to hit back.

“He has been racing against some good Saturday Sydney class horses so I think the drop in grade is going to suit,” he said.

“He is drawn off the rails so he can sit two or three-wide. He is the class horse and he is certainly better than what he was for the Goulburn Cup when he wasn’t himself.”

Trainer Matthew Dale expects his charge Man Of Peace ($14) to perform much better second-up from a break, but believes he is still to reach peak fitness.

“He was well beaten first-up, but is fitter and should run well,” Dale said.

Sydney trainer John O’Shea has Loved One ($4.80) peaking after two runs back from a spell which included a solid last start third.

Some of Loved One’s owners come from Gundagai and with only a light weight and an ideal draw in gate three she is rated among the main chances.

An out of character display by talented mare Who’s Knocking ($14) in the Goulburn Cup has been put to one side as she looks to hit back.

Who’s Knocking ran second behind subsequent Sydney winner, Sausedge, in the Tony Campbell Cup at Canberra before finishing last in the Goulburn Cup. The mare has drawn wide which won’t help her chances.

Meanwhile, there will be a lot of interest in the Australian debut of import Perfect Illusion ($14).

Albury trainer Mitchell Beer is also the horse’s owner and in his only trial at Albury he won over a sprint distance. His wins have been over 2000 metres and further so the 1400 metres first-up is expected to test.

Jockey Kayla Nisbet will be looking for consecutive Snake Gully Cups with the ride on Viceroy ($9). Nisbet won last year with My Maher for trainer Trevor Sutherland who has Gentleman Max running on Friday.

Lady Mironton ($7.50), an impressive last start Wagga winner, will start at Gundagai after being scratched from Moonee Valley on Friday night.