Changing Of The Guard At Wagga Wagga

Murrumbidgee Turf Club has announced the appointment of Geoff Harrison as its new president of the club.

Club veterans, former president Stuart Lamont, vice-president Michael Inglis and treasurer Rodney Parsons OAM did not apply for re-election to the Board of Directors for 2019/2021.

“Their contribution to the MTC has been significant and we wish them all the best for the future.” 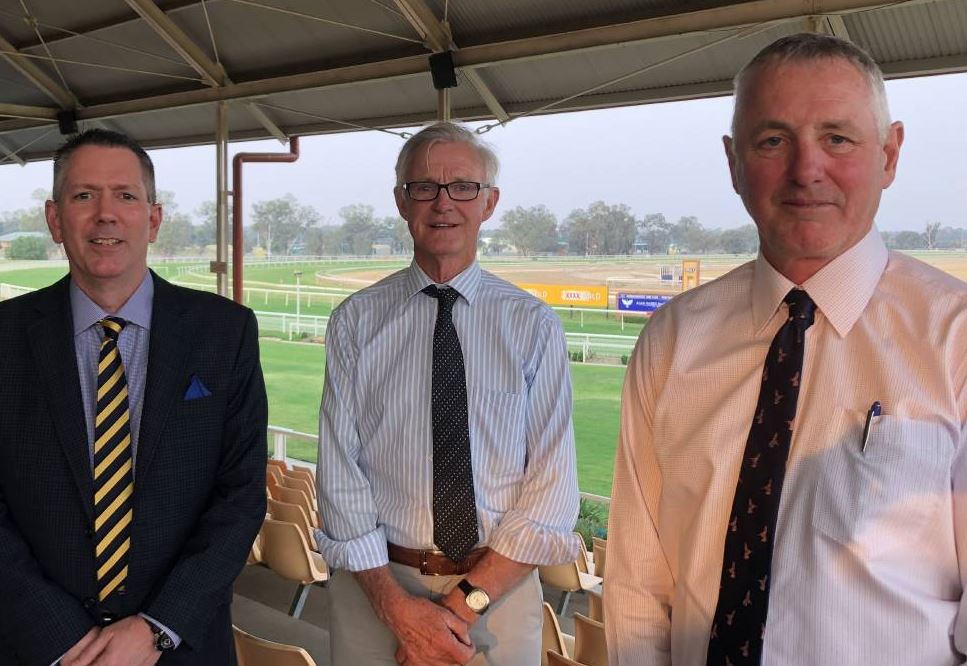 At the club's AGM, Scott Oehm, Peter Twomey and Simon Rosengren were appointed as directors.

Bruce Harris will fill the role of vice-president with Brett Bradley appointed as treasurer.

“This is a fabulous opportunity for those appointed to the board and their new roles,” Mr Keene said.

“The MTC congratulates the successful applicants and looks forward to them contributing to the future success of the club.”

MTC would like to thank everyone who applied for the appointed director positions and we encourage them to apply in the future.