Goulburn trainers made a big statement last Sunday in the SERA Country Championships Qualifier. Not only did they secure both final spots on offer but they also took home five of the first six cheques on offer.

Goulburn Race Club President, Ken Ikin, said it was a proud day for local trainers and the club: "It was a great result for Goulburn trainers and guarantees our club representation in what should be another thrilling [Newhaven Park Stud] Country Championships Final at Royal Randwick in April," Ikin said. 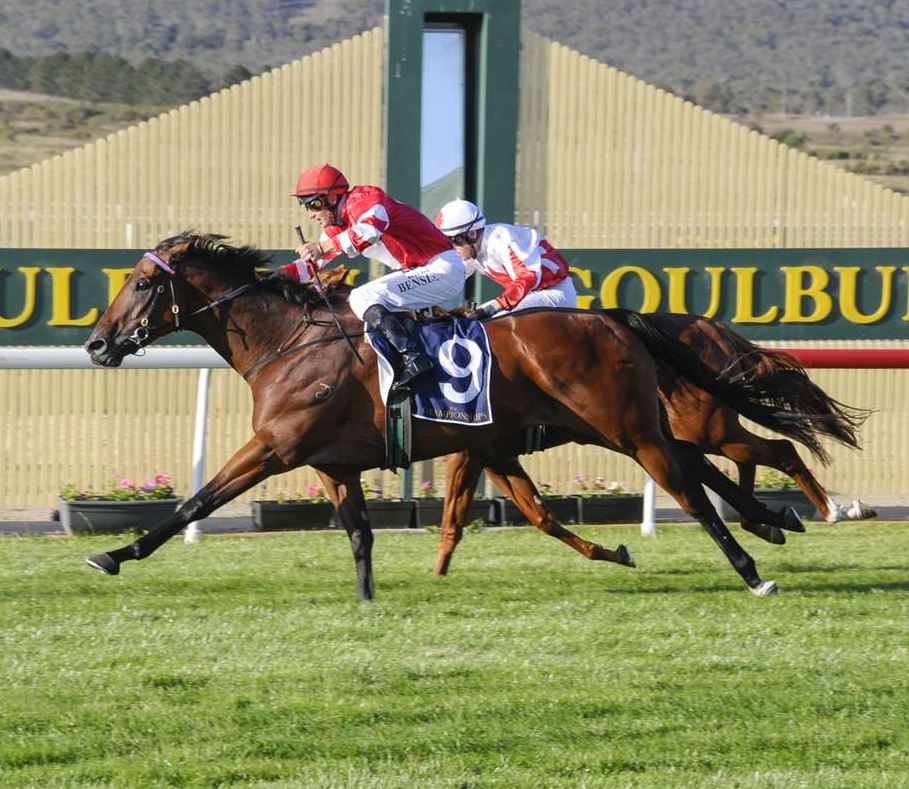 Al Mah Haha (Richard Bensley) wins at Goulburn - the horse is through to his second Country Championships Final. Image by Bradley Photographers

Ikin also noted that all Goulburn trifectas in feature races are becoming a habit of late! "The club recently secured a rare Saturday TAB Highway Handicap trifecta and the result in last Sunday's SERA Country Championships Qualifier delivered more of the same."

Ikin also said the tablelands club is looking forward to getting through a full race meeting this Sunday (fingers crossed) after a few hit and miss attempts in recent months.

"This week's weather forecast is more settled thankfully. Bushfire related smoke and then heavy rain have hindered a few of our more recent race meetings but we are looking forward to getting the job done on Sunday."

Tablelands trainers of the moment Tash Burleigh and Jean Dubois will both saddle up runners at their home track this Sunday and despite no Championships slots being on offer, Goulburn trainers will look to keep the momentum of the last seven days going.

Danny Williams, no stranger to Country Championships' momentum, has accepted with four runners including last start winner Loco Motion Lass. Williams's recent record on his home track is consistent as ever, the renowned horseman notching a win and another three minor placings from five tablelands runners this month.

Tash Burleigh will look to keep her recent roll going with Shanaya, Actuarial and Territorial. Tash has secured two winners and three minor placings from her nine runners in the past month.

Jean Dubois will saddle up just the one runner with Flying First looking a work in progress after two unplaced efforts to date.

Goulburn's first race kicks off at 1.25pm on Sunday. The track is currently rated a Soft 6 with mostly dry conditions forecast in the lead up to Sunday.