Cavanough To Tip The Hat At Scone On Friday

Local trainer Brett Cavanough is having a purple patch of form of late with seven winners from his past 22 runners and fields a strong team at his home surface at Scone this Friday.

Cavanough kicks off proceedings with Launch It in the Scone Equine Hospital Maiden Handicap over 1400m and believes the Magic Albert gelding will be suited as he gets over further ground.

“He’s given me every indication he’s a miler plus type of horse,” Cavanough said. “He’s rangy and tall in stature and looks like he’s heading down the middle-distance staying path as his preparation progresses.” 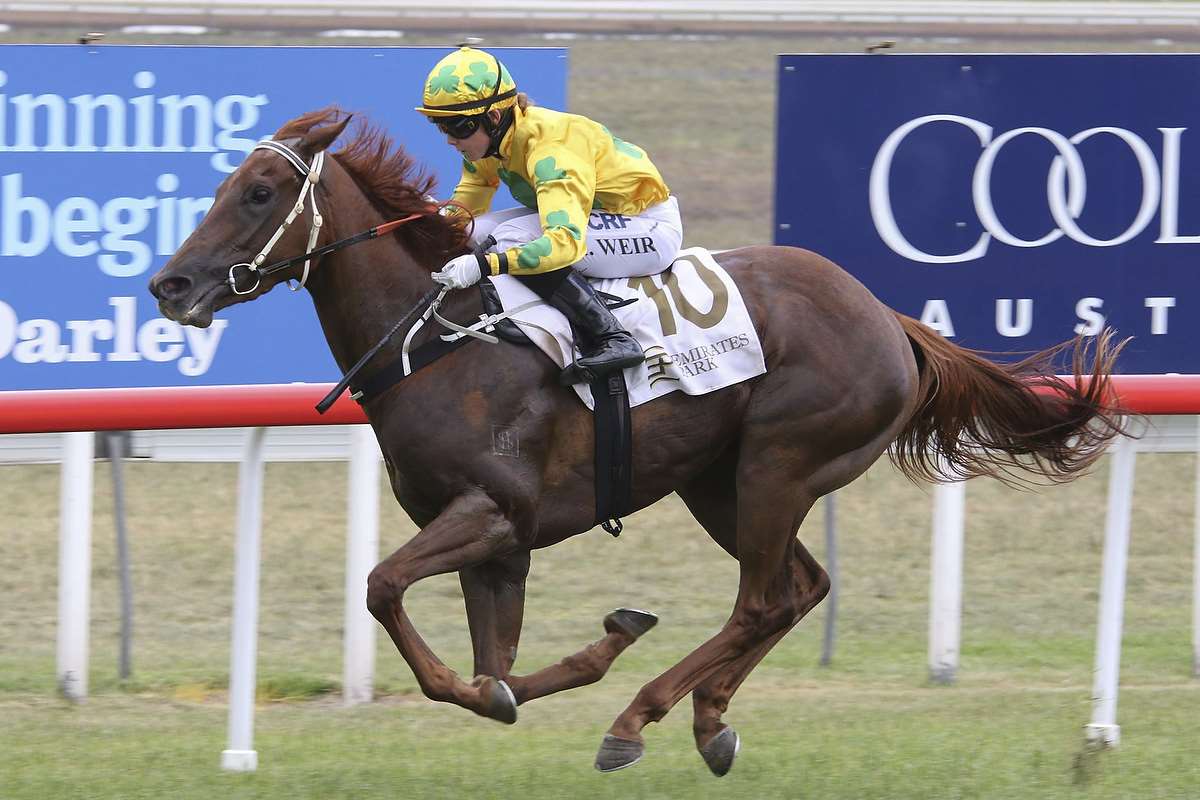 Mick the Hat scores at Scone for Mikayla Weir. Image by Bradley Photographers

Cavanough saddles up two runners in the Segenhoe Stud Class 3 Handicap over 900m, with Mick The Hat and Mr Snowman both looking live chances.

Mick The Hat drops back to Scone class following a throw at the stumps in a Highway race at Rosehill on May 18, and is two from two on his home track.

“He’s very consistent and probably overdue for a win,” Cavanough said. “He sweated up quite badly at Rosehill last time out and hopefully it is a bit cooler here on Friday.”

Mr Snowman is having his first start for Cavanough, formerly being trained by Cheryl Lantry at Coffs Harbour.

“He’s a very, very fast horse and is first-up for us after a long break,” Cavanough said. “Friday will be a bit of show and tell for us and we’ll have to see where we go from there.”

Another inherited horse for Cavanough is Lamma Hilton who is engaged in the Happy Birthday Kellie Tarrant Benchmark 66 Handicap over 1600m. The stable has had a bit of success with this Casino Prince mare, since arriving from the Anthony Cummings stable.

“She might have just had an off day last time,” Cavanough said. “But she’s fit and ready to go and if there’s tempo on up front a win wouldn’t surprise me.”

Norske Code finally gets her chance to compete in the Inglis Great Southern Sale Benchmark 66 Handicap over 1100m after having to be scratched on a few occasions due to drawing wide barriers. With Wendy Peel’s 1.5kg claim the three-year-old Magnus filly gets her chance on Friday.

“She’s a really honest filly and finally we get a chance after drawing a decent barrier for a change!” Cavanough said.