Bookies Could Be In For Another Torrid Time At Coffs

Trainer Tas Morton has already landed a couple of nice betting coups with the promising Acoustrix and believes better things are in store for the galloper who steps out at Coffs Harbour on Friday.

Acoustrix is entered for the Benchmark 58 Handicap (1400m) on a Racing NSW Country Showcase meeting offering $240,000 in prizemoney. 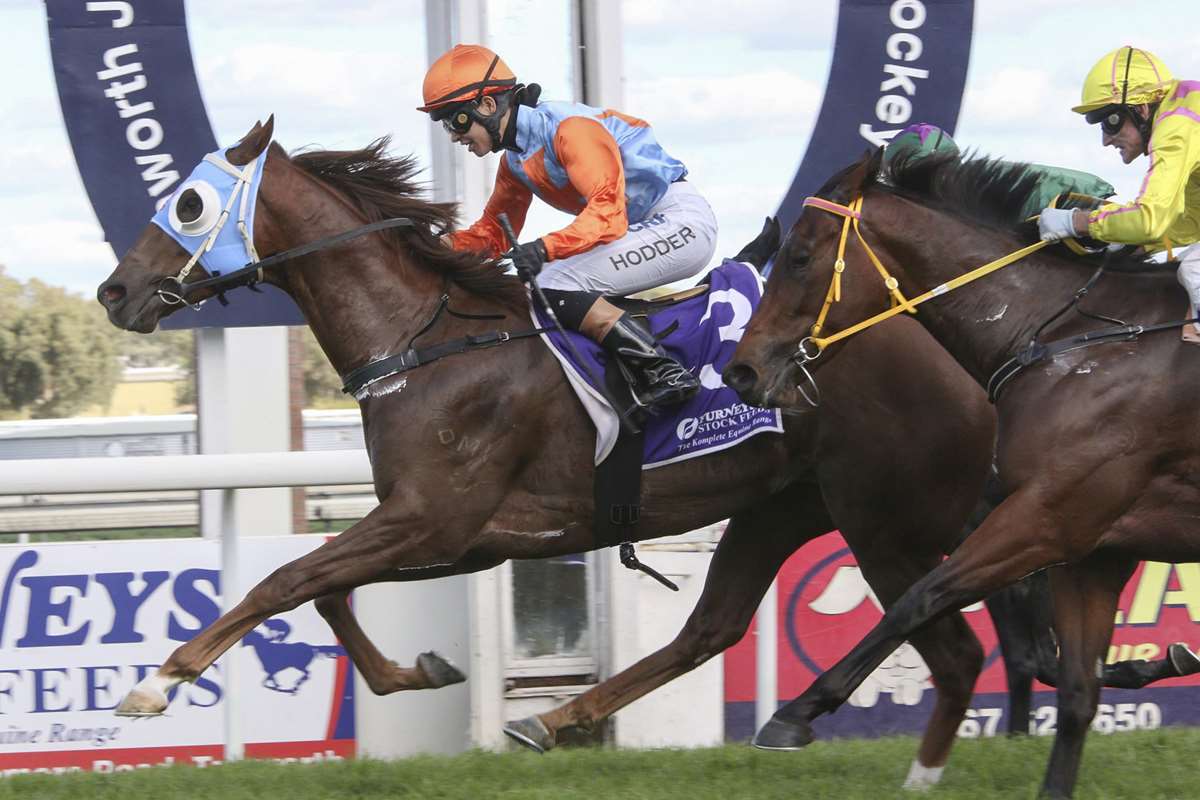 And Morton believes he has a Grafton Guineas [Wednesday 10 July] contender in Acoustix.

Beautifully-bred, by champion sire Snitzel, Acoustix was purchased at the Magic Millions Yearling Sale for just under quarter of a million dollars before being prepared in Brisbane.

“He was trained in Queensland but had two barrier trials and couldn’t get hot,” Morton explained.

“They then offered him to me and I had no hesitation in taking him.”

Morton has transformed the horse with two wins and two placings from just eight outings.

“He was bullish; he’d pin his ears back and you couldn’t do anything with him,” Morton said. “So, we all agreed to knock off his stones [geld him] and he’s now a different horse.”

Acoustix was pipped at the post on debut at Tuncurry before venturing to Scone where the stable landed some nice bets.

“We got plenty when he won at Scone. We knew how much ability he had and although he ran about in the straight, he won comfortably. He’s still very green.”

Acoustix had not raced for 14 weeks before again netting a bagful of cash for connections, after firming sharply in betting from $6 into $3.80.

The three-year-old sat outside the leader for Belinda Hodder then darted away to score first-up at Tamworth on May 14.

“Yes, we were pretty confident and got plenty,” Morton declared. “It was a top win and he ran good time. Belinda rode the horse perfectly to our instructions.”

Morton said the horse is primed for Coffs Harbour at the end of the week: “He has done really well since the Tamworth win.

“He galloped very nicely on Friday morning and couldn’t be better. The [$80,000] Grafton Guineas is his ultimate aim this campaign.”

Morton said he will also enter Acoustix for a TAB Highway race at Rosehill Gardens on Saturday but at this stage, “he’s 99% certain to be running at Coffs Harbour”.

Morton’s stable has been firing on all cylinders, having prepared 11 winners from his past 48 starters.

It’s Reece Plumbing Showcase Raceday at Coffs Harbour on Friday with an eight-race TAB meeting boasting $240,000 in prizemoney. Gates open at 11am with $10 entry.

"We haven't raced for two months now and the track looks in superb condition," said Tim Saladine, Coffs Harbour Race Club Manager. “The rail will be in the true position so big fields will be the order of the day!”