Bobbing's On The Way To Making History (Tamworth, Sunday)

Kelly puts the finishing touches on the smart Bobbing who stormed to victory in last year’s Provincial Championships Final at Royal Randwick. 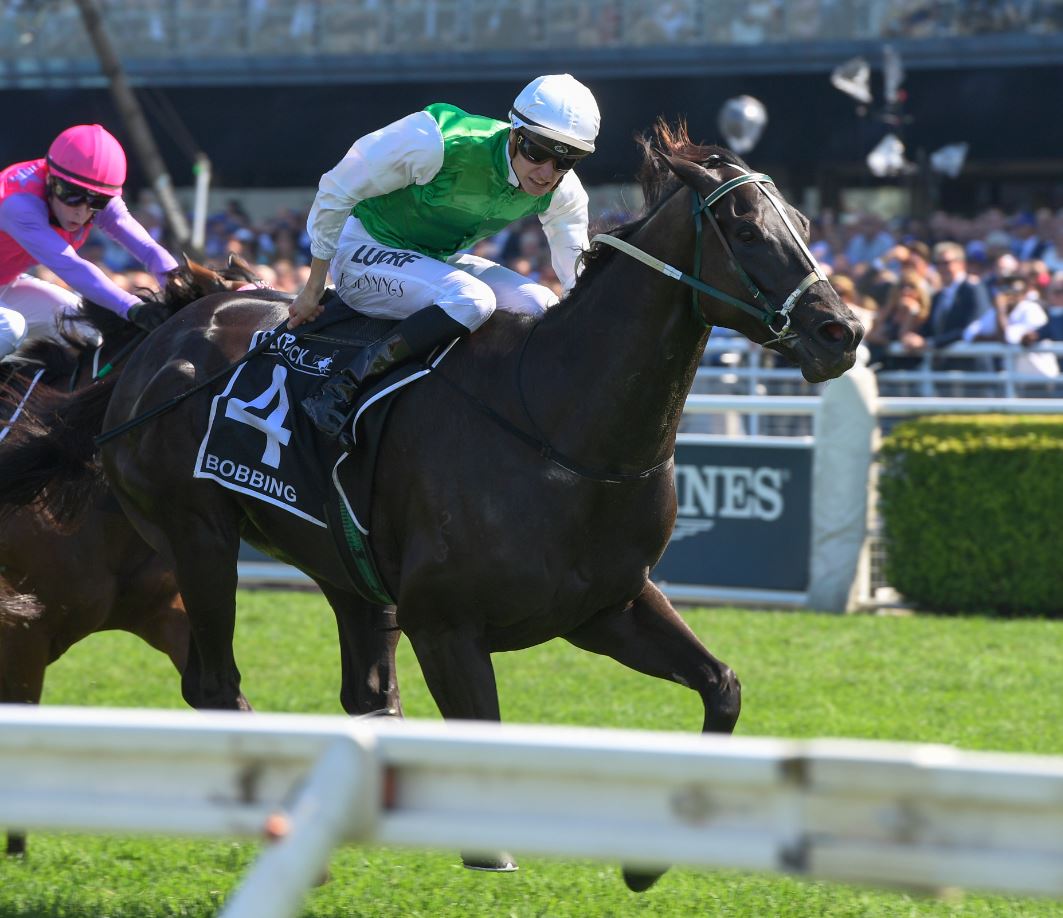 Bobbing, a lightly raced six-year-old is quite a talent having only started 15 times for five wins and five placings for prizemoney of $713,000 and needs to finish first or second to claim his berth in the $500,000 Final.

“He’ll be trialling at Muswellbrook on Tuesday to clean out the cobwebs for Tamworth,” Kelly said. “I’m very happy with him and the only concern is that if he has enough miles in his legs.”

The gelding has not raced since finishing a sound seventh to Quackerjack in the Villiers Stakes (1600m) at Royal Randwick last December.

However, Bobbing trialled nicely over 1000m at Newcastle on 19 February when beaten narrowly, but was under a throttle hold by jockey Koby Jennings.

Saturday’s Tamworth Country Championships Qualifier is part of a Country Showcase Raceday with $370K in prizemoney.

“The Country Championships is another great initiative from Racing NSW that highlights the strength of racing in regional areas of NSW,” said TJC’s GM, Mitch Shaw.

“Tamworth is home to a number of great chances in the H&NWRA Country Championships Qualifier and we have already seen a number of these horse run leading up to this race.

“The event is promising to be one of, if not the strongest, Country Championships Qualifier across the whole state.”

The BOBS Gold Bonus is valued up to $112,000 once prizemoney and the double-up factor are included.

“Join us for a Friday afternoon of corporate-like entertainment that is a first for Dubbo City Turf Club,” said DCTC’s GM, Vince Gordon. “We have a private area and personalised service for the eight-race program.

One of NSW’s best picnic meetings will be held at Tottenham on Saturday, located 154km west of Dubbo.

“Although we’re in the middle of one of the worst droughts experienced, the boys have carted water in and fenced the kangaroos out to ensure there’s green grass for the day,” said Tottenham’s Lesley Hillam.

“It should be a great afternoon as we have a new shade area and a free luncheon that is followed by a BBQ cooked by the local Lions Club. The CWA ladies will be supplying cool drinks and afternoon tea with a cuppa, and there’s a full bar.

“We’ll also have a Fashions on the Field and for the children, two jumping castles along with a face painter to keep them busy. Our six-race program begins at 2pm and many thanks to our major sponsor Robinson Grain for standing by us through the toughest times to keep our races going.

“A new band Ballz ‘n’All will be entertaining well into the night so come and support us regardless of the drought, our country hospitality ensures a great day out for all.”