It was no doubt a bittersweet moment for young trainer Melanie Bolwell when Jonesy dug deep to win the 1400m Maiden Handicap at Coonabarabran on Saturday.

Jonesy was named after popular country jockey Darren Jones who passed away after a tragic three-horse fall that included both Bolwell and Leanne Henry at Warialda on 8 April 2017. 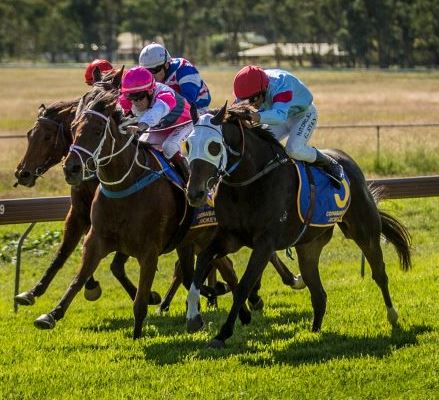 In what made the win so much more remarkable for connections and racing fans all over country NSW, is the fact that Jonesy was Bolwell’s first winner as a trainer.

“He was my first starter as a trainer and now he is my first winner, it just seems fitting,” Bolwell said.

The 25-year-old, who has not ridden in a race since the Warialda fall, said that it was her father and partner that organised the purchase of Jonesy while the young jockey still recovered from spinal and brain injuries in hospital.

“When I was still in Gold Coast University Hospital recovering, my father (Jason Bolwell) sent my partner (Jack McGrath) to buy a horse at the Inglis sales and they bought Jonesy as a weanling and he has been a family project ever since,” Bolwell said.

“Dad didn’t know if I would be able to ride again after the fall and wanted to make sure I had something to keep me going in the industry.”

The Tamworth trainer, who still rides trackwork for Sue Grills, said that it just made sense to name the three-year-old Mulaazem gelding after Darren Jones, a jockey and mentor Bolwell had so much respect for.

“Jonesy (Darren Jones) was always someone I looked up to during my apprenticeship, he also rode work for Sue (Grills) and we travelled to the races together,” Bolwell said.

“He wasn’t afraid to tell me what things I did wrong and things I could do better, and he was always trying to make me a better jockey.

“So with Jonesy being my first gelding and my first horse in the training world, I asked the family about naming a horse after him and they were happy for me to do it.” 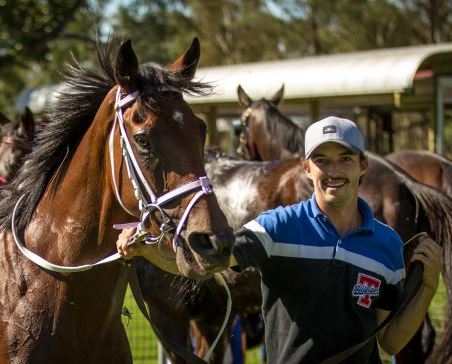 Jack McGrath is all smiles after Jonesy won at Coonabarabran on Saturday. Image by Janian McMillan (Racing Photography)

In true ‘Jonesy’ fashion, the young gelding found himself in a battle on the home straight, but under the guidance of James Rogers, he fought back to win in a photo-finish over the Sue Grills-trained Fantasama.

“I was not there because I was at Muswellbrook with my two other horses but my partner Jack (McGrath) went with Sue Grills,” Bolwell said.

“I was watching him at the races on my phone and I was screaming out but in the slow-motion replay I didn’t think he had won, but it was such a relief and I was so excited when his name came up as the winner.”

In what was Jonesy’s sixth start, Bolwell remarked on the journey in getting him to the winner’s circle: “It hasn’t been easy but he has been slowly getting there,” Bolwell said.

“I had three starts with him as a two-year-old and I put him out for a good spell to mature and he has come back with a good attitude, he is no world-beater but he tries his absolute heart out.

“He is simply a racehorse, and loves racing and loves competing and hopefully this win proves to him he can win some more races.”

Bolwell, who has four horses in work, hasn’t given up on the dream of completing her apprenticeship as a jockey in the future, explaining that she had held conversations with Racing NSW.

“Well I still have that want to ride and I have spoken to Racing NSW and Peter V’landys,” Bolwell said.

“Just being a trackwork rider doesn’t give you the same thrill as riding a winner and one day I could potentially hold a dual licence as an apprentice jockey and trainer.”

For the time being, Bolwell will continue on training and learning and hopes there are more chapters in the story of her special horse, Jonesy.