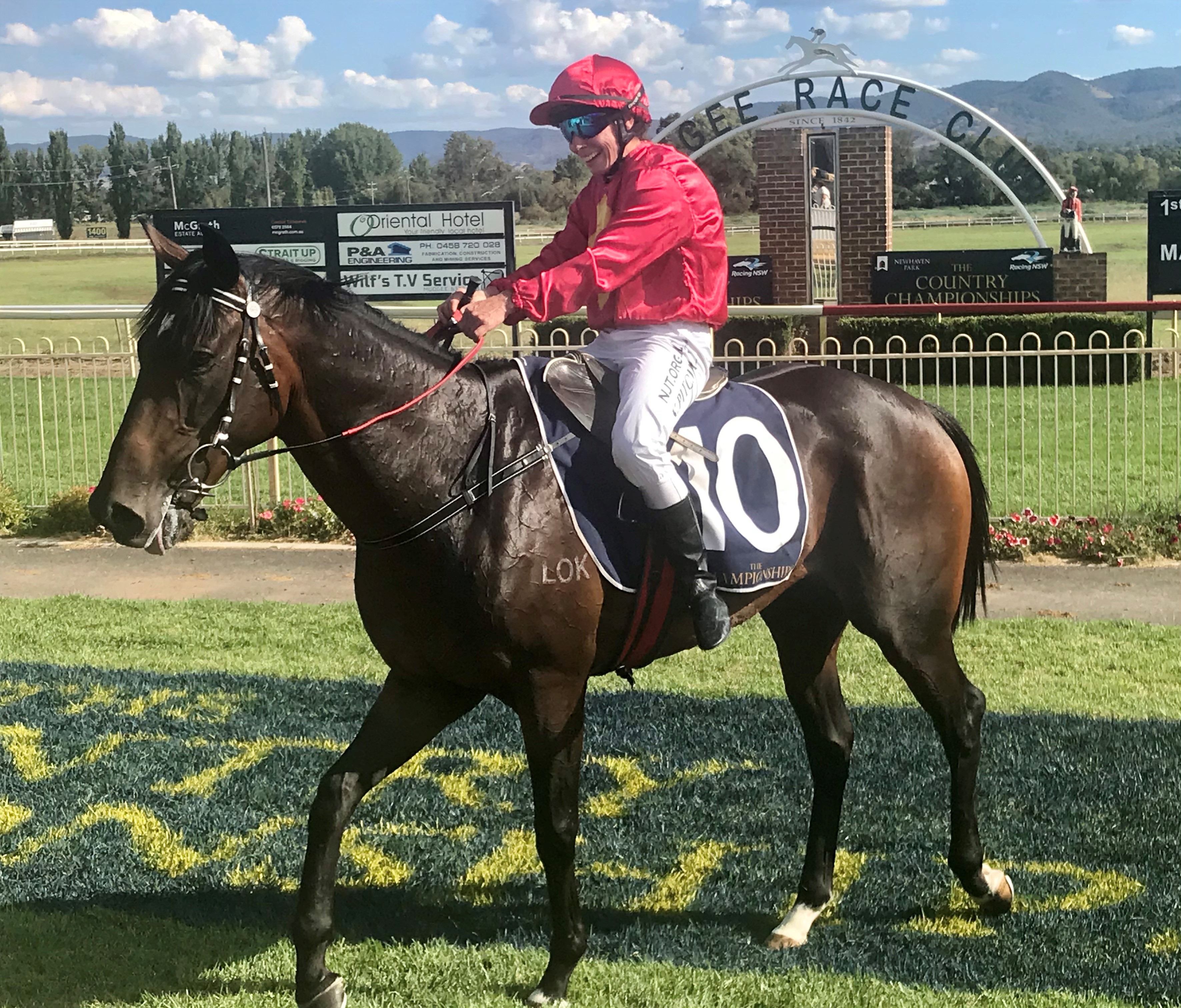 It was a big moment. Behind her were the likes of star Sydney jockeys Hugh Bowman, Jason Collett and Robbie Dolan and the 37-year-old apprentice had just beaten them to win the biggest race of her career.

Trained at Wellington by Michael Mulholland, Old Harbour just lasted in a tight finish to beat Hamogany by half a head with the favourite Healing Hands a closing third.

Bell-Pitomac, the longest serving apprentice in Australia having started in 2002, is now preparing to ride Old Harbour in the $500,000 Newhaven Park Country Championships Final at Royal Randwick on April 3.

Her career has had its ups and downs with lengthy breaks through injury and having a family but her apprenticeship will end in June and thanks to Old Harbour she'll have an experience she'll savour forever.

“I know he has the ability and the heart but everything had to work and it did,’’ she said.

“They’re all passing me on pulling up asking if I got it, I said ‘I just don’t know’ and I was waiting to hear (race caller) Col Hodges’ voice.

“I’m stoked to be able to go down there to Sydney with him.”

Amid all the emotion and elation Bell-Pitomac brushed aside the thought of what it means for her and Mulholland to have their first runner in a Country Championships Final.

“I was lucky enough to go to Randwick the other week and that experience was amazing but this is another level,’’ she said.

Mulholland paid tribute to his apprentice’s dedication and confirmed Bell-Pitomac would ride the gelding at Randwick and that there were “lengths of improvement” to come.

He said he had his doubts over whether Old Harbour was fit enough after a stone bruise affected his preparation and the win in the $150,000 race made up for a string of bad luck in other races.

“You look at the first two races Universal Thief was unlucky, and Bacinblac couldn’t find a way out and flashed home to run fifth.”

Add to those Red Zephyr’s scratching at the barrier before the final race.

He said he’ll give some thought to the five-year-old having another run before the Final.

As for Bell-Pitomac, who has worked with Mulholland since 2018 (though a year of that was spent on the sidelines after a fall), Old Harbour might just be her new favourite horse.

“He didn’t have the best preparation going into this and we weren’t sure whether we’d done enough this week,’’ she said.

“He is just amazing, we had so many doubts coming into it with the bruising. He’s such a tough horse and works really hard in his races and he just loves winning.”

Hamogany’s trainer Dean Mirfin was rapt with his horse’s effort and while he said a win would have been an even better result he’s pleased to be heading to Randwick.

Meanwhile, Healing Hands’ trainer Gayna Williams said it’s likely her gelding will head to the Muswellbrook Wild Card on March 21 in an attempt to qualify after his gutsy third at his first start since last year’s Final.

All the results and replays from Mudgee on Sunday