Albury trainer Mitchell Beer will seal his first Southern District Racing Association premiership at Corowa on Monday in a year that has been like no other.

The former Victorian trainer has several strong chances headed by last-start Narrandera Cup winner Power Me Up ($3.10 favourite on TAB) as well as the consistent Seventh Seal ($8). 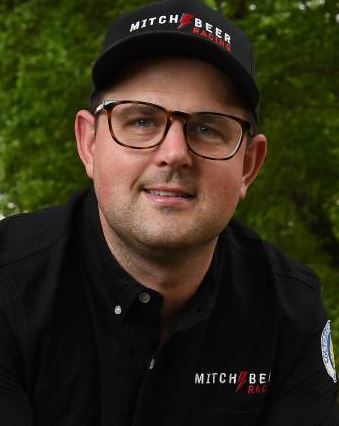 Beer has been training out of Albury for three years and being based in the border city has tested the resolve of all involved with the stable during COVID-19.

“Frustrating is an understatement. We have had a good season, but the logistics of being based on the border has been difficult,” he said.

“This will be my first SDRA premiership and it’s nice to have after a tough year.

“The stable has had more seconds (36) than winners (31) which is frustrating, but you can also look at that and know if the horses aren’t winning they are at least right there.”

One horse that has been doing plenty of winning is Power Me Up – a $20,000 purchase that continues to go from strength to strength.

The gelding has won four of his past five starts and will carry the same weight (55.5kg) as he did when he won the Narrandera Cup.

The race has had a boost in prizemoney and Beer feels it is an ideal target, albeit it against tougher opposition than what he will face on Monday.

“Power Me Up has gone from a maiden to a country cup winner in 12 months and we are delighted with his progress,” he said. “The Forbes Cup is a nice race, but it’s hard not to start him at Corowa because he looks hard to beat there.”

Power Me Up, who will again be ridden by in-form jockey Richard Bensley, will carry only half a kilogram more than the bottom weighted horses.

The topweight Ghost Doctor ($5.50) has won at Wangaratta and Echuca this campaign and is coming off two unplaced metropolitan starts. The return to country class is a massive drop in grade for Ghost Doctor who will carry 56.5kg after the claim for apprentice jockey Hannah Williams.

Beer feels Power Me Up still has the best ahead of him and being so versatile is going to ensure he is competitive in the right class of races like he faces on Monday.

“He handles heavy tracks and we have had a lot of rain so Corowa will suit him. He won his only start at the track so that is a bonus, plus he has a good gate (4) which will allow him to be right on the speed.

“He has backed up well in the past so it will be eight days between starts. He had 4 weeks between his previous two starts so he is only going to be better for Monday.”

Beer rates Seventh Seal as his other best winning chance at the final meeting of the season in the Southern Districts Racing Association. Seventh Seal has finished third at his past two starts – the latest behind Claptone at Albury – and that galloper has since won at Narrandera.

Seventh Seal will contest the Balldale Hotel Benchmark 58 (1000m) where he will jump from gate seven for jockey Kayla Nisbet.

The incredible streak of the consistent Sestina ($7.50) should continue in the same race with the mare having finished in the first four at her past 19 starts.

Sestina has been one of the best money spinners in country racing in recent times with a string of placings and wins. The mare ran fourth at her latest start at Narrandera and prior to that defeated subsequent winner Benno’s Boy at Gundagai.