Last-start winner Allez Brew heads to Albury on Tuesday amid plenty of anticipation from the Mitch Beer stable, coming off a maiden victory the trainer declares as good as he's had in his time at Albury.

Beer's Brew has had just five starts and is looking for back-to-back wins in the Albury Wodonga Plastering Services Class 1 Handicap (1400m) after breaking through over the same course and distance when second-up three weeks ago. 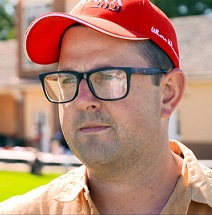 The Pierro filly produced a strong, sustained run to victory under Jordan Mallyon, 10 days after a good finish for third over 1175m.

"I've really targetted this race for her," Beer said.

"She was terrific first up from a bad barrier (13), flew home, ran third and put the writing on the wall that she'd come back the way we'd hoped this preparation.

"Last time in she drew 14, she was three-deep the trip, she had nothing to take her into the race and, really, if she had have run third or fourth it was still a massive run.

"To run them down like she did; I have a lot of horses win their maiden here at Albury and that's probably as good a maiden win that I've ever had here - from a three-year-old filly against older horses, from that barrier and the run that she had."

Allez Brew beat the Matthew Dale-trained Toretto, which then won over a mile at Wagga last week as a $1.35 favourite. Beer was obviously rapt with the win and said Allez Brew recovered well.

However he was cautious in planning her next race after the big effort over 1400m on a wet track.

"She pulled up very well but I've erred on the side of caution, I gave her a very quiet week after her run and just built her back up for this - class one, 1400, you couldn't pick a more ideal race if you tried," he said.

"I'm really happy with her. I think she's a filly who can go through her grades. I think getting out a little bit further to a mile probably shouldn't be an issue for her either. We'll probably progress out in trip after Tuesday."

Beer has had to scratch his Highway Handicap winner, Swagger, from The Uiver Open Handicap (1600m) with a foot abscess.

The stable could also withdraw Forsureusay from the Team Thoroughbred NSW Maiden (1175m), saving his first start for another day after drawing the widest barrier.

But Beer hopes Gallant Run can break an unnerving habit in the race, after eight minor placings in 15 starts, including a 2nd, 3rd and a 4th since transferring to the stable at Christmas.

"When this horse wants to, it'll win a maiden by eight lengths!" Beer declared.

"He's got a stack of ability but he's a real kooky horse... if he can begin alright and get his own way up on the speed, there's no reason he can't win, but every reason he'll run second," he laughed.

In Gallant Run's defence, Beer said the last start fourth when he was first-up over 900m and from a wide gate, wasn't an ideal race.

The stable has two runners in The Newmarket Hotel Benchmark 58 (1175m), including Vinnie's Girl chasing her second win, after breaking through at Albury last month and then running fourth at Wagga behind hat-trick winner Willybeafactor and her own stablemate Packer's Bond.

"I thought she was great the other day going from a maiden to a class two," Beer said.

"She ended up in a pretty average spot and got to the line nicely... Packer's Bond ran second and he's going to a Highway in a fortnight. He's a decent horse.

"It's always hard winning their maiden and then winning their next one but she goes from a class two back to a 58 at Albury on a soft track. I'm happy with her."

The lightly raced Sunrise Ruby (by Casino Prince) is coming back from nine months out for just her third career start. She won a maiden on debut a year ago and after a short spell was fourth in a class one (1000m), both on wet tracks.

"She went amiss at her second start and had a long time off (due to immature fetlocks). She's trialled nicely upon her return. She loves a heavy but my only query is first up on a heavy 10. I think she's fit enough and forward enough but it might take a bit out of her," Beer said.

Chap's Dream rounds out the stable runners, in an intriguing Albury Demolitions Class 3 Handicap. She kicks off a new campaign first up over 1000m in a good race.

Allex Brew wins at Albury on May 24

Craig Weeding saddles up the top weight, Big Day Out, which was beaten in a photo by Delightful Dream in a class three sprint on Wagga Gold Cup Day.

Russell Osborne has Flying Finch chasing consecutive wins, coming off a maiden win on Scone Cup Day, while Canberra trainer Keith Dryden could be heading across with Fangela, which has won two of his three starts.

The three-year-old gelding won a class one at the Sapphire Coast in early May, first up from a long spell after winning on debut at Moruya last August.

"I think he's a smart horse. He's probably six months away from being a good horse... a horse who could probbaly win midweek in town," Dryden said.

"He's a bit immature but I think he goes nicely."

Dryden's Ella Amelia is a first-starter in the Schulz Family Maiden Handicap (900m) but has drawn wide and "isn't endowed with a heap of pace.

The trainer, who was at the Sapphire Coast on Sunday, said he'll finalise his plans on Monday.

All the fields, form and replays for Tuesday's Albury meeting