Tamworth Jockey Club will be the staging point when $30,000 worth of hay will be distributed to North-Western trainers in Tamworth on Thursday.

TJC general manager, Mitch Shaw, said the Australian Turf Club Foundation is supplying the grant to purchase the hay bales, and Tamworth Jockey Club applied for the grant in conjunction and NSW Trainers Association, for local trainers “doing it tough in the drought”.

“It’s about 1100 bales,” Mitch Shaw said this week. “For all trainers in the local area from Tamworth, Gunnedah, Inverell, Armidale, Moree and surrounds.”

He said trainers receive hay bales worked out on how many horses they have in work. “So that everyone gets a fair share,” Mitch Shaw continued. 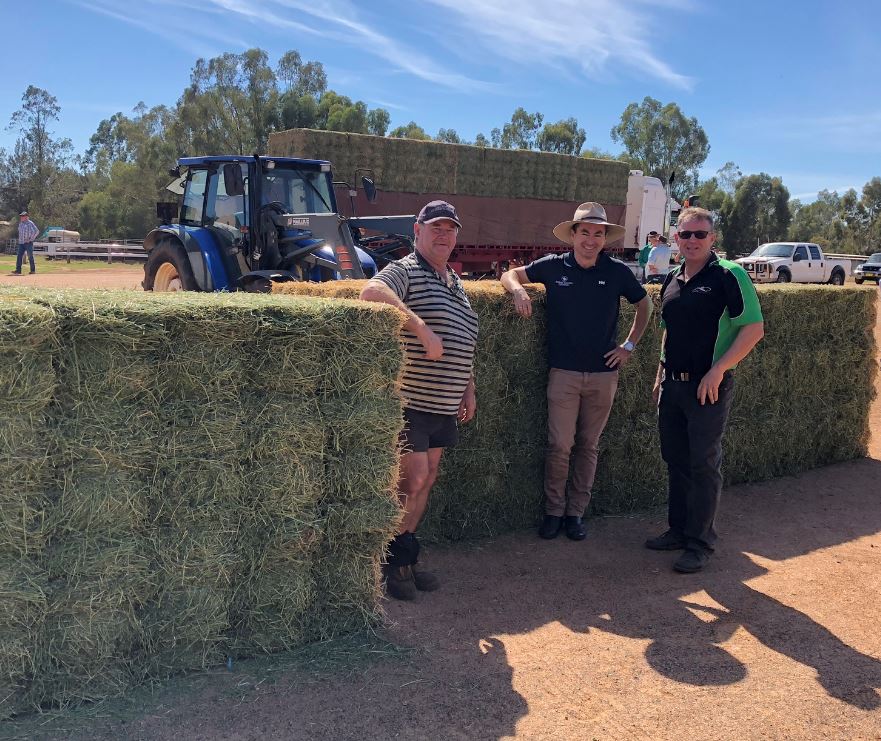 “It’s not a great deal but it’s something. They did it last year at Dubbo and it was a big hit out there and was very well received.”

With no end in sight for this worst drought in living memory, it will be a boost for local trainers.

Mitchell Shaw sees the devastation every day: “We are delighted and grateful from the support provided as every day we see firsthand the impact the drought has on trainers, their viability and the impact on their staff and families.”

The hay bales will be distributed around 10.45am on Thursday.