In the space of 14 days, Canberra apprentice jockey Courtney Gravener has made the racing public take note of her with a run of winners she has never previously experienced.

Gravener, who commenced race riding at a later age than most, has ridden eight winners in two weeks including two trebles and a double. Her latest treble at Cooma on Saturday has boosted her confidence further ahead of two rides at Wagga on Tuesday.

The 30-year-old will ride Le Cavalier for her boss Norm Gardner in the Ted Ryder Prelude (1600m) and also impressive last start winner Oliphants in the Class 3 (1000m) for trainer Doug Gorrel. Her hot trot of 12 winners from her past 50 rides is rarely matched for an apprentice jockey and she is hoping her run of success continues. 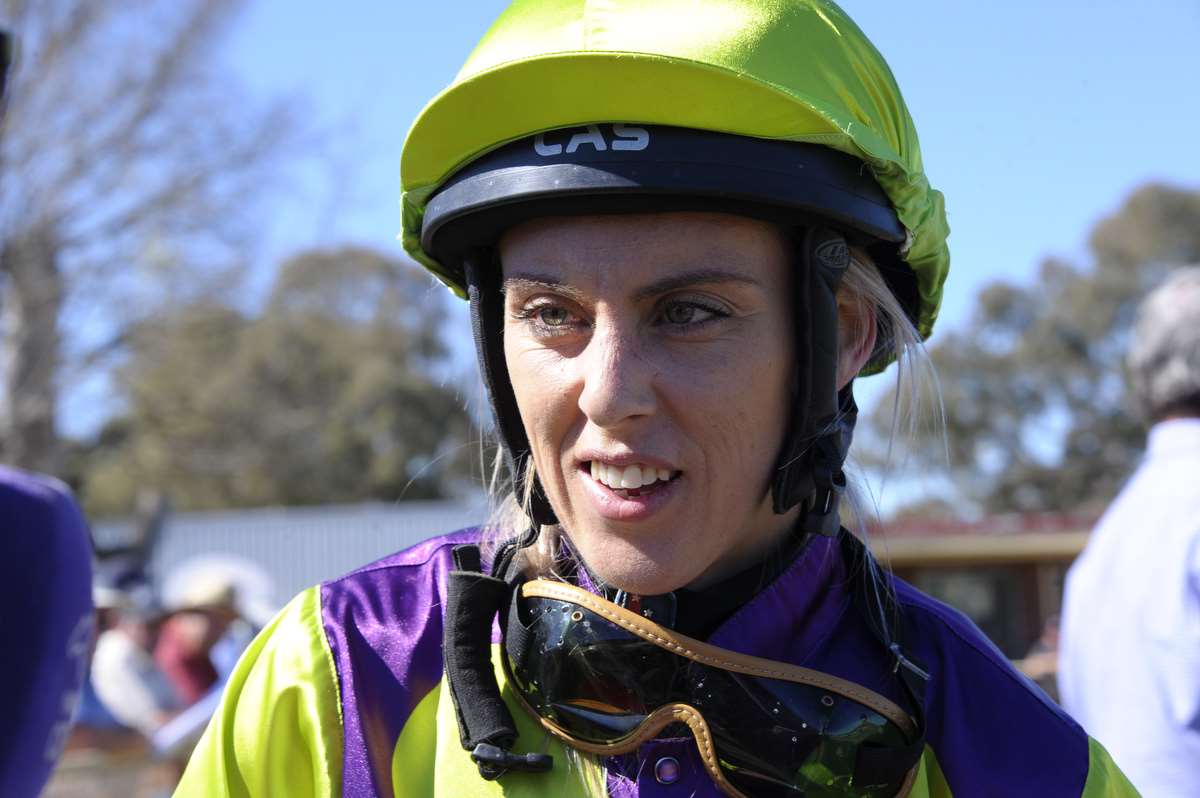 Courtney Gravener - has a couple of good rides at Wagga on Tuesday. Image by Bradley Photographers

“I have been very lucky I guess, but I have a lot of support from trainers back home,” she said. “I just concentrate on my riding and it’s been busy, but I enjoy it and getting the winners has been great.”

Hailing from New Zealand, Gravener rode trackwork for several years before deciding to give race riding a try. Her race riding career started in January and has gradually built to where she is now more confident and successful than she could have hoped.

“My last two trebles were partly for lady trainers (Clare Mansell and Georgie Boucher) which is a bit unusual and another lady trainer, Becky Byrne, also trained two of my recent winners,” she said.

Gravener went to school close to Phar Lap Raceway at Washdyke in New Zealand and would often watch the nearby races whilst playing in the schoolyard.

“I was always around horses and it was pretty natural I was going to be involved with horses,” she said. “I said to Norm (Gardner) one day after a jump out that I should give it a go (being an apprentice) and it went from there.

“It’s a lot different to trackwork in that you blink and the race is over. I try to take it in my stride, figure out tactics and work on my riding style.”

Gravener believes both her Wagga rides are up to winning with Le Cavalier having his second start back from a spell after a closing off first-up eighth: “The race was a bit short for him, but he finished off well,” she said.

Le Cavalier was beaten a nose in the 2016 edition of the Ted Ryder Cup and Gardner hopes to go one better on December 24.

“He is moving up to 1600 metres second-up on Tuesday, but it’s a nice race for him and will have him right for the Ted Ryder Cup,” Gardner said. “He doesn’t have a lot of weight (57kg) by his normal standards on Tuesday so I expect him to run well.”

Oliphants only joined the Gorrel stable in October and was having his second start for him when successful at Canberra. Gravener feels he can win again if able to overcome a wide draw.

“He has drawn the widest gate, but if he can find the front again he will be hard to beat,” she said.