Apprentice Hopes His Only Ride Is A Winner (Albury, Today)

One opportunity may be all that is needed for apprentice jockey Logan McNeil with Pacific Tycoon at Albury today.

The 18-year-old has only been race riding for two months and has ridden three winners – the latest on Pacific Tycoon ($3.80 into $3.60 on TAB fixed odds) at Albury on May 28.

McNeil only had the one ride that day and will again have the sole mount on Pacific Tycoon in the Benchmark 66 (1175m). 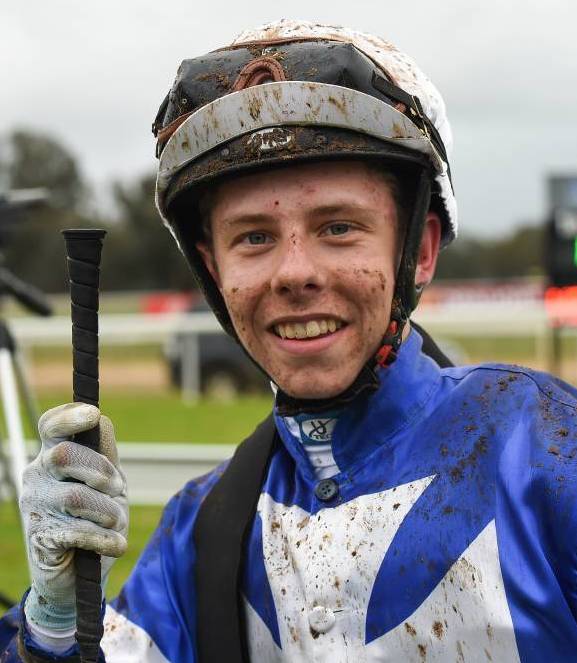 Pacific Tycoon has finished strongly at his past two starts with McNeil aboard resulting in a close second before an impressive win late last month.

Seemingly out of the race and at the rear of the pack at the 250 metres, Pacific Tycoon burst through on the heavy track for his seventh victory from 42 starts.

“He will carry less weight than when he won there, but he goes up in grade,” McNeil said. “He has also drawn a better barrier and looks to be a good chance.”

Pacific Tycoon is trained by Jodie Bohr who is presently holidaying overseas and will no doubt tune in to watch one of her stable favourites in action.

Bohr’s past four winners have all been with Pacific Tycoon who has the track conditions made to order.

McNeil’s family background favoured a career in racing with older brother, Jye an established jockey with more than 500 wins to his credit.

“I got into racing through my brother and my father is a hobby trainer,” he said.

“I would go to (trainer) Gerald Egan’s in the holidays and kept going back there and eventually started riding work a couple of years ago. I enjoy it and when you ride a winner it makes it all worthwhile.”

McNeil’s first winner came at Deniliquin in late April before he rode his second at his next ride at Swan Hill.

Pacific Tycoon was McNeil’s first winner in New South Wales and he is well aware that if you want to receive more opportunities you need to be riding winners.

“I haven’t done a lot of riding and I’m still learning,” he said. “Racing can be a tough game, but the rewards are there as well.”

The finishing capabilities of Pacific Tycoon means McNeil will have plenty of options if he is off the speed at a crucial stage.

Not a lot of country horses can finish off under 59.5 kilograms on a heavy track the way Pacific Tycoon did last time and if he repeats that display he should win again. McNeil hopes that is the case.

“If he can get the right run he should be a good chance again,” McNeil said. Pacific Tycoon is already a five times winner at Albury.