All Of Gladstone On Mid North Coast To Cheer Highway Horse

From historic Gladstone on the banks of the pristine Macleay River near Kempsey, amidst the ghosts of a once thriving racetrack, Gaye Ball gave an insight into a country racing treasure.

“Dad’s a marvel, training at 80, he was so looking forward to coming back to Randwick but he got the flu and it would have been too far and uncomfortable - he’ll be watching at home with mum,” Gaye explained.

Peter Ball is a racing institution in the northern regions and has held a training licence since he was 17 years-of-age. 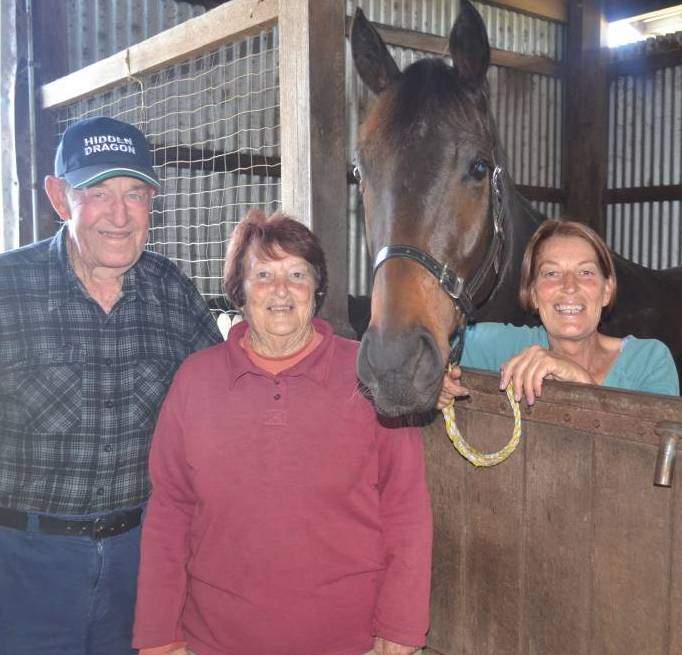 At tiny Gladstone back in the 1880s, the start of the races depended upon the arrival of the river ferry with the big contingent from Kempsey. Just a couple of staying races distant.

Gaye is deputising for her dad and mum Janice 78, also a registered trainer, with recent Taree and Coffs winner San Marco, a $15 chance on TAB fixed odds to be ridden by Tim Clark at 54.5 kg, in the TAB $75,000 Class 3, 1000m episode at Royal Randwick on Saturday.

San Marco, a Smart Missile gelding, was formerly trained by the Snowdens and then Gary Moore.

Gaye represents her family with San Marco at headquarters following last year’s tribute to Peter when the historic Kempsey Race Club named a race in his honour on Gladstone Cup day.

Over the decades, Peter has won his home town cup and numerous others in the region before the old Gladstone track closed officially in 1969.

In 1993, Peter and Janice won the famed Ramornie Handicap at Grafton with Rousalli. The Ball family has long had the old Gladstone Racetrack to themselves.

“We love it here, maintain the track, train two horses and run some cattle - mum and dad move our cows to the middle of the paddock so they can mow and harrow and keep it in good order for trackwork and exercise,” Gayle 51, chuckled.

“The old grandstand and judges box are long gone but the track is still fine to work our two horses.

“We look after it so it’s suitable for those big annual camp drafts and crowds. We had 1600 cattle for the last camp draft over a couple of days.

“Mum and dad are amazingly mobile, they get on the tractor, the mobile mower and the whipper snipper and keep it all in order.

“Were all involved; my brother Tony used to work with Godolphin and he trains at Taree now.

"At home, we train and still do the farm work, fencing and the like. You work long, hard hours on properties. Whatever your age, it’s still seven days and the hours.

"The fairies just don’t come along and help. And as everybody knows, its never been tougher in the bush with that extended drought.

“We’ve been lucky, we’ve had enough coastal rains for some grass, but we still have to buy feed from way up in Gatton and it’s so expensive.”

Over the years Peter and his family have trained countless regional winners and on rare trips to town have enjoyed success.

In 1993, the Balls won at Rosehill Gardens with Country Cups specialist Schwantz who won 15 races, including the Armidale and Wingham Cup and all importantly, for the Balls in the Gladstone Cup. At an amazing 31, Schwantz remains a much-loved family pet.

“My horses are like my little kids, you treat them right and look after them and they give back to you,” Peter once told the local media.

And what are the expectations of Gaye on San Marco as she travels down on Thursday evening to guest at the Randwick stables of Greg and Jim Lee.

Earlier in his career, San Marco raced at Randwick for the Snowdens in Listed company, won a Scone maiden and placed at Hawkesbury and Gosford before going to the Ball’s stables.

“He’s quirky but he’s a ball of muscle. He’s tough, honest, and guarantee he’ll be strong at the finish. And we’ve got an in-form jockey.”

And if San Marco defies the odds, they’ll be cheering long and loud in the Gladstone Pub.