Win By Sawtell Would Be A "Nice Surprise" (Coffs Harbour, Mon)

Sawtell ran some of the best races of his career without winning last preparation and Coffs Harbour trainer Brett Dodson hopes the five-year-old can improve further this campaign which kicks off on his home track on Monday. 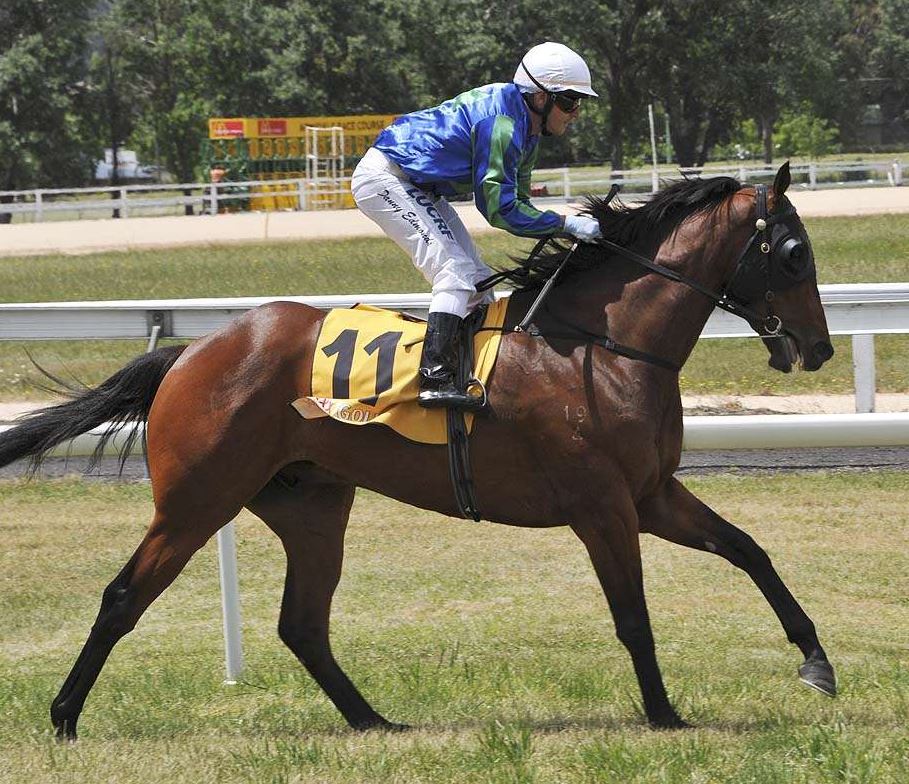 While Dodson believes a first-up win over the 1305m under 60.5kg would be 'a nice surprise', he does still expect another strong effort from the gelding who ran some slashing races last campaign.

Sawtell hasn't won since a first-up win over 1410m at Grafton in April 2018, but certainly deserves another victory after some terrific efforts in defeat earlier this year.

Sawtell's best runs last time in work included a second to Single Bullet over 1600m at Eagle Farm on May 1, third to Subtle Grey and Sacred Edge in the Wingham Cup (1600m) at Taree on June 7 and a narrow defeat behind Bodega Negra in the Sawtell Cup (1500m) at Coffs Harbour on July 21.

"Once he matured a bit more he developed into a much more genuine horse last prep and ran some terrific races," said Dodson. "Hopefully, he can improve a bit more this prep.

"He has won first-up before, but first-up on Monday over 1305m and carrying the 60.5kg might be a bit of a task for him. A win would be a surprise - but a nice surprise. But he is certainly going well on the training track and is fit enough to win.

"He worked well the other day carrying me and I'm about 75kg, so he might think the 60.5kg on Monday is a luxury compared to that.

"He's got a long prep ahead of him, including the upcoming Ballina Cup (January 17) over 1600m which is his ideal trip. Monday's race at Coffs should give us a pretty good guide as to where he's at."

Sawtell's rivals on Monday include the Grafton gallopers Midweek Hussler and Bugalugs, the Kempsey-trained Wewonya, Port Macquarie gelding Oakfield Jet and the Coffs Harbour-trained Northern Knight, having his second run back from a long layoff.

Wewonya and Oakfield Jet last start fought out the finish of a Benchmark 66 over 1450m at Kempsey on December 16.

Sawtell will be Dodson's only runner at Coffs Harbour on Monday but he no doubt will take an interest in the return of his former galloper Hellenism in the Class 1 Hcp over 1205m.

The four-year-old Helmet mare showed promise in three starts for Dodson earlier this year, finishing an unlucky debut second at Coffs Harbour on May 31, bolting in at her next start at the same track on June 21 and then finishing third to Exclusive and Buffalo Girl in a $40,000 Class 1 Hcp during the Grafton carnival on July 11.

Hellenism has since been transferred to fellow Coffs Harbour trainer Aiden St Vincent.

Meanwhile, Dodson declared it is 'back to the drawing board' with his most promising galloper Pace Stick, who suffered at shock failure at Wyong last week.

Pace Stick, who caught everyone's attention with a brilliant debut win at Coffs Harbour in June, was sent out the $2 favourite when he lined up for his second run at Wyong but finished last of the seven runners.

The three-year-old son of Jet Spur missed the start and was never a threat after that. Everything went wrong, but Dodson will press on with the gelding's current campaign.

"He missed the start and was back in the field where he'd never been before. He got hit with a few clods in the run and was nursing black eyes after the race. He's very talented but still has a lot of maturing to do," he said.