Coinciding with the Cowra Cup meeting on Sunday is a historic occasion, the 25th anniversary of the only triple dead-heat for first-ever recorded on a racetrack in NSW.

At Cowra on 20th January 1997 in the Imperial Hotel Handicap, the photo finish developed by the late Ron Morton was studied by the judges for a considerable time before a triple dead-heat was declared between the Garry Lunn-trained Sleepers ridden by Dar Lunn, Sir Laucrest ridden by Tracey Bartley for Norm Collins and Churning ridden by Mark Galea and trained by Debbie Prest.

Bula ridden by Mathew Cahill was only a neck away in fourth place. 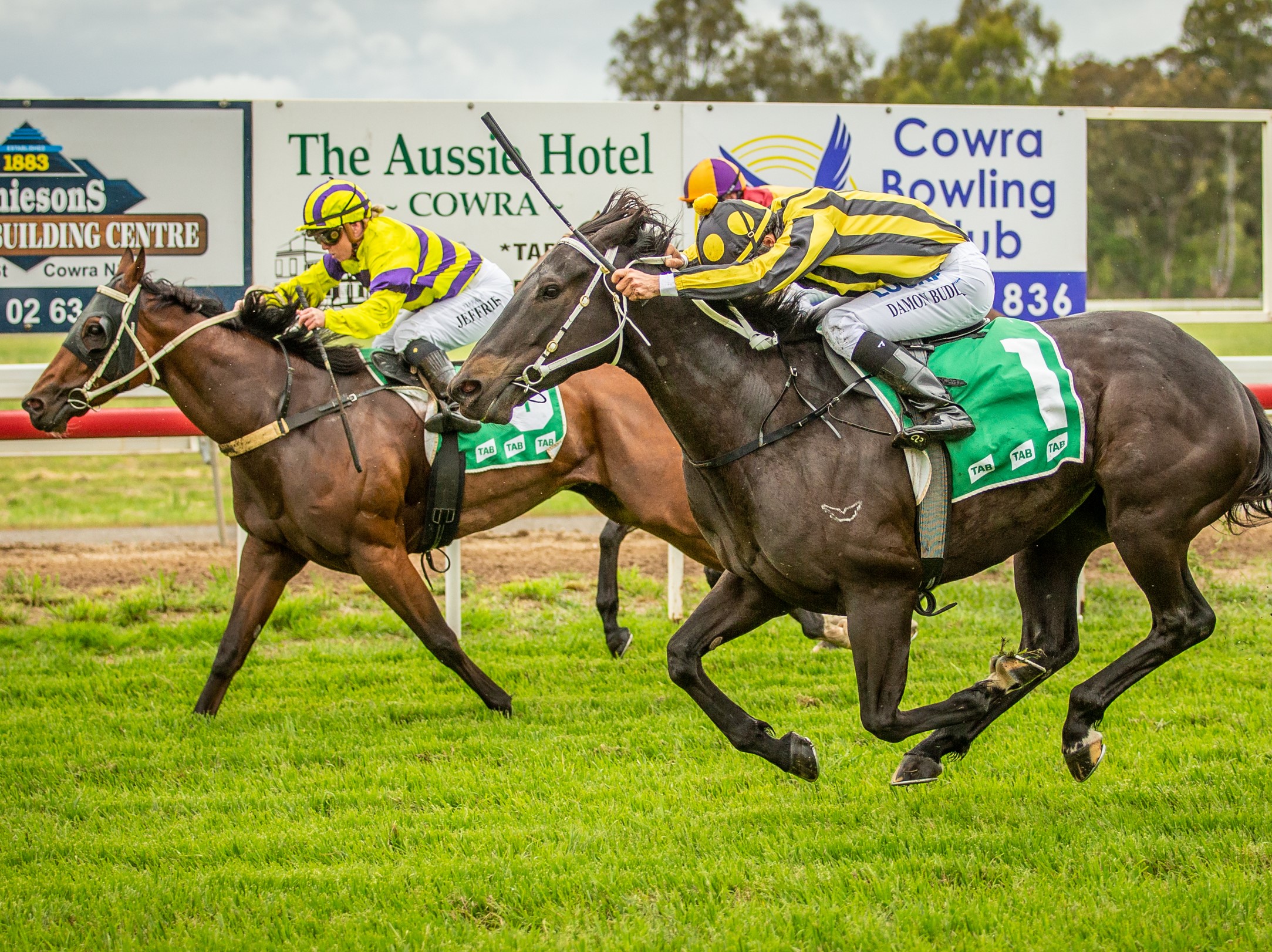 There will be some great racing action at Cowra on Sunday. Image by Bradley Photographers

More than 20 minutes elapsed before correct weight was declared as the chief stipendiary steward, Shane Cullen ordered a further examination of the photo to eliminate any chance of a mistake when history was about to be made.

The photo finish was later taken to a picture theatre and on the huge screen, it was further confirmed a margin could not be found between the three gallopers.

Despite hundreds of thousands of races being run since the introduction of the photo finish in 1946, there have only been four triple dead-heats for first in Australia, two in Queensland, one in Victoria and one in New South Wales, the most recent being 25 years ago at Cowra.

The first occurred at Flemington in the 1956 Hotham Handicap with the horses and jockeys involved being Fighting Force (Jack Purtell), Ark Royal (Reg Heather) and Pandie Sun (Bill Williamson).

The next was in the 1000m Kissing Point Handicap in 1985 at Townsville (Queensland) involving Angular (Bill Cullen Jnr), Apollo’s Flame (Peter Warren) and Plenty Of Spirit (Gilly Farrell).

Following at Stony Creek (Victoria) on 28th January 1987 in the Rod Carmichael Handicap there was a triple dead-heat between Fast Seal, Mr Spectre and Chesterfield with the jockeys involved being Michael Clarke, Michael Barlow and Ray McCleish.

The official TAB dividends for the Cowra triple dead-heat race took up considerable space when published in newspapers the next day:

Nowadays, dividends are declared for First Four, Running Doubles, Quadrellas and other exotics so the above list would be greatly expanded in 2022.

Special celebrations are being planned by Cowra Jockey Club to mark the occasion with those involved in the triple dead-heat receiving invitations to attend the race meeting and Cup Calcutta at the Bowling Club.

It’s that time when the attention swings towards the two-year-olds, with just two months to the $5 million Longines Golden ...
Read More