Albury trainer Kym Davison knows how long of a waiting game it can be with racehorses and he is hopeful that one of his two runners at his home track on Saturday can emerge as his next stable star.

Davison will start Albert’s Melody and Deep Space in maiden class races at the Cox Plate day meeting which coincides with crowds being allowed back on track at the border course.

Over the years, Davison has prepared some talented open class gallopers, but recently his training numbers have been lower than normal with several younger gallopers coming through the system. 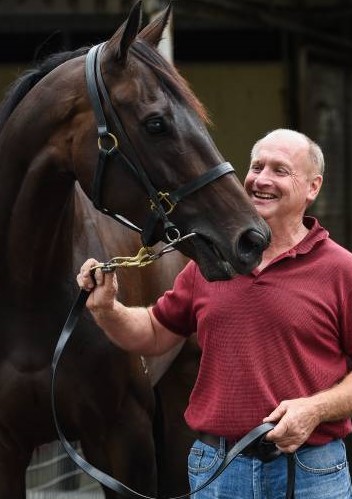 He only has his two Albury starters in training, but there are others waiting in the wings.

“I have had some good open class horses over the years like Overdue, Vinnie Vega, Real Calm and Esceebee. It can be a long process and if either of his two runners can be victorious it will be testimony to the training systems he has in place."

Deep Space will be having his first start for Davison and his also his first race start for 16 months.

The five-year-old has raced once previously for a third in a six-horse field at Warwick Farm in June of last year when he was prepared by leading trainer Kris Lees.

He then had two trials under the care of new trainer Sam Kavanagh in the middle of last year before being acquired by his new group of owners and transferred to Davison.

To say it has been a long and costly process would be stating the obvious, but finally raceday arrives with the son of Deep Field in the MLM Electrical Contractors Maiden (900m).

“He had a suspensory problem and the report was it was a bit doubtful if he would make it back to racing,” Davison said.

“He spent seven months out and has been in work slowly working up to a race start for the past five months. It’s almost 12 months to the day since we got the horse.

“He will certainly improve on whatever he does, but he is a very fast horse who should run well.”

Davison gave Deep Space a public hit out when he was able to win a trial at Albury in good style. Deep Space wasn’t fully extended, but looked the part and Davison hopes he can respond when needed on Saturday.

“The trial was his first really decent hit out and only his third hard gallop,” he said. “He has bene nursed through to get to the race.

“He has a lot of speed and I would envisage him being in the first few, but as I said he will improve with race fitness.”