The country spirit is shining through at Forbes despite having been dealt a major blow once again through COVID restrictions.

But for two years running the Club has been forced to radically alter its attendance guidelines. 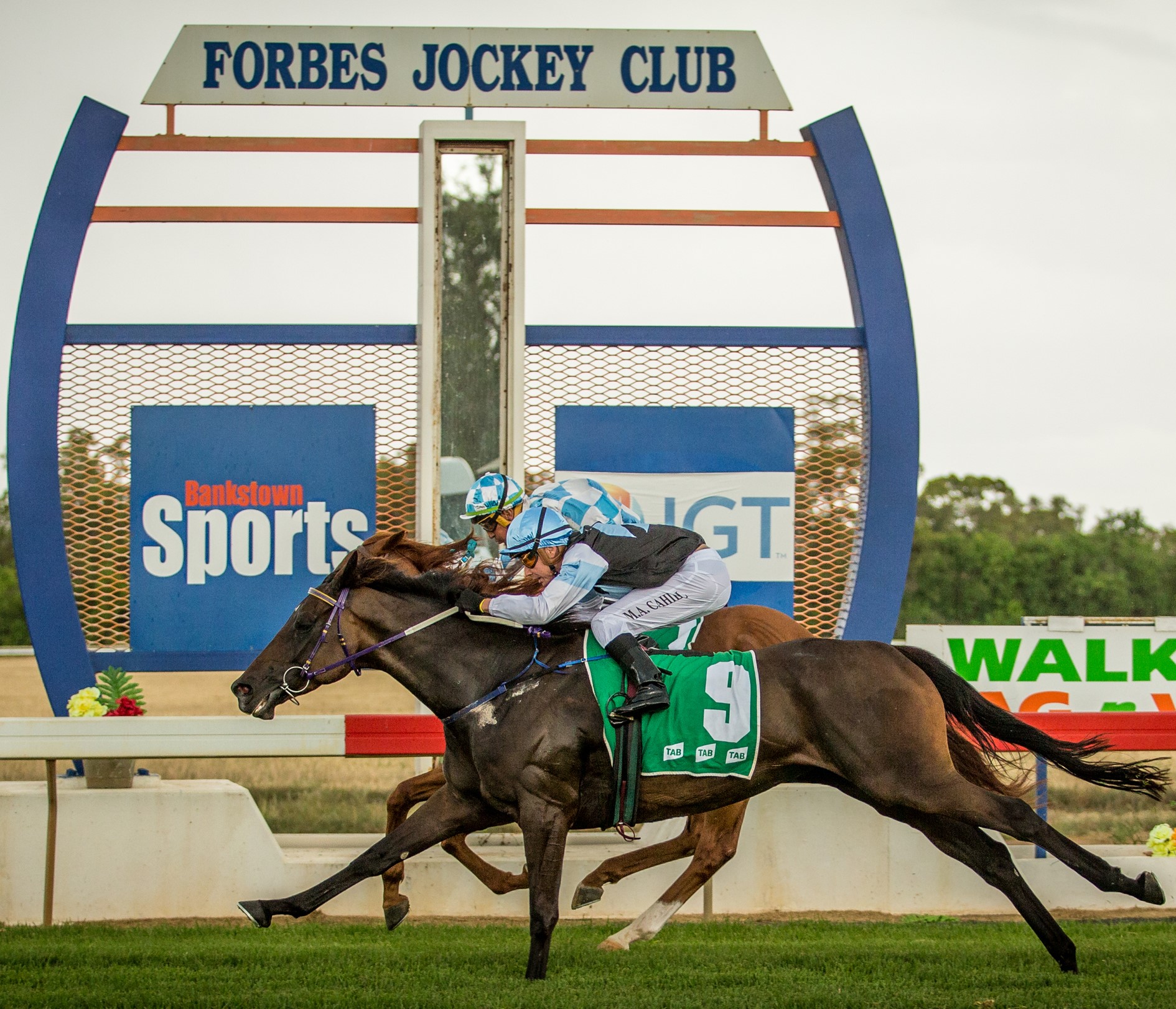 Racing action is at Forbes next Sunday. Image by Janian McMillan (Racing Photography)

“Forbes Cup Day will be going ahead next Sunday but under a thorough COVID safety plan,” explained FJC’s president, Randal Grayson.

“We’ve worked hard to have our Cup Day upgraded to a Showcase Meeting and moved to a Sunday so our fellow locals can attend, but they’re the only ones that can.

“For around 25 years we’ve relied heavily on the support of our major sponsors, Bankstown Sports Club, their corporate partners and a large group of loyal visitors from the Bankstown/Sydney area to ensure the Forbes Cup is a success.

“These blokes travel out every year and make a massive weekend of it. They usually spend a lot of money in town, particularly at local accommodation and hospitality venues.

“But for the second year in a row we’ve been devastated to learn that COVID has put a stop to them attending – particularly when we finally secure the Showcase meeting status that we’ve been chasing for some time.

“That’s just the way it is, and we have to just cope. But we’re so excited to have this Country Showcase tag and as a bonus, there’s a country maiden with $40,000 prizemoney that can only be won by country trainers,” Grayson said. “It’s a really great initiative.”

The FJC committee has been hard at work having installed new running rails and will be improving facilities for the increasing number of women jockeys.

Grayson added the Forbes course proper track is in excellent condition given the amount of wet weather the track has received in recent weeks.

Grayson, a stock and station agent, said he had an ulterior motive for moving the Forbes Cup back a day from the Monday: “I’ve always been committed to the Monday cattle sale and have never had the chance to attend.

“So, I’m looking forward to being trackside this year – and welcoming Bankstown back in future as well.”

The Forbes Cup Calcutta will be held next Saturday evening at one of the Club’s regular sponsors, Club Forbes. Tickets are $40 and include a sit-down meal.

Again, these tickets are strictly limited due to COVID restrictions within the venue.

Forbes Jockey Club will also be honouring one of the town’s own, popular racecaller Col Hodges who is celebrating 50 years of calling with a race named in his honour.