While Andrew has the pick of stable prospects, Dylan rides contenders and is also in demand for other leading stables. 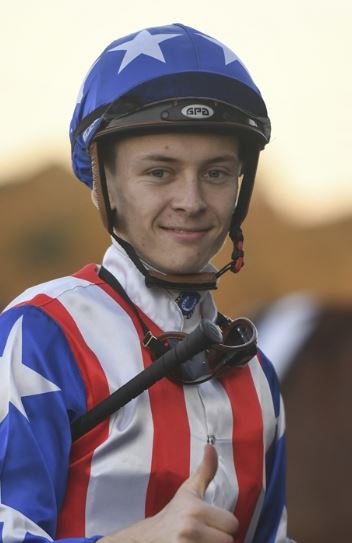 Dylan Gibbons - has a near full book of rides at Tamworth on Friday. Image by Bradley Photographers

Because of an amazing 73 winners in just his second season, Dylan has prime rides for Cody Morgan, invariably hard to beat on his home track.

Lees identified the talent of Dylan as surely as with Andrew. Dylan has reduced his claim as rapidly as any apprentice in recent seasons and has a super strike rate.

Dylan assessed the family prospects prior to riding at Thursday’s Kembla meeting.

Leisa Louise is in a Rapidclean Class 3, 1400m: “She was plain first-up, but I think it was the soft track - she was really progressive when I won on her last prep.

"She’s won two, placed at Doomben, back in grade and likely a firmer track.”

“1600m is her limit but she’ll find the 1600m easier here than Newcastle where there was more pressure and depth.

“Dad won on her twice previously; really genuine mare, and she’ll be on pace.”

Dylan considers Lees import Sacramento Joe ($2 fav) will be hard to beat for Andrew in the second event.

“The stable has an opinion of him, had the two trials and that strong form last prep at Newcastle and Hawkesbury puts him in the right grade here.”

At present Tamworth is rated a good 4 in overcast weather.