Trainer Cameron Crockett has quickly come to realise the bargain he appears to have gained in Limited Reality who will start a short-priced favourite to win the Kings Hall Jewellers Silver Goblet 2yo (1100m) at Dubbo on Friday.

Limited Reality ($1.55 favourite on TAB) won his debut by two and a half lengths in fast time at Gunnedah recouping a large portion of his purchase price of $20,000. 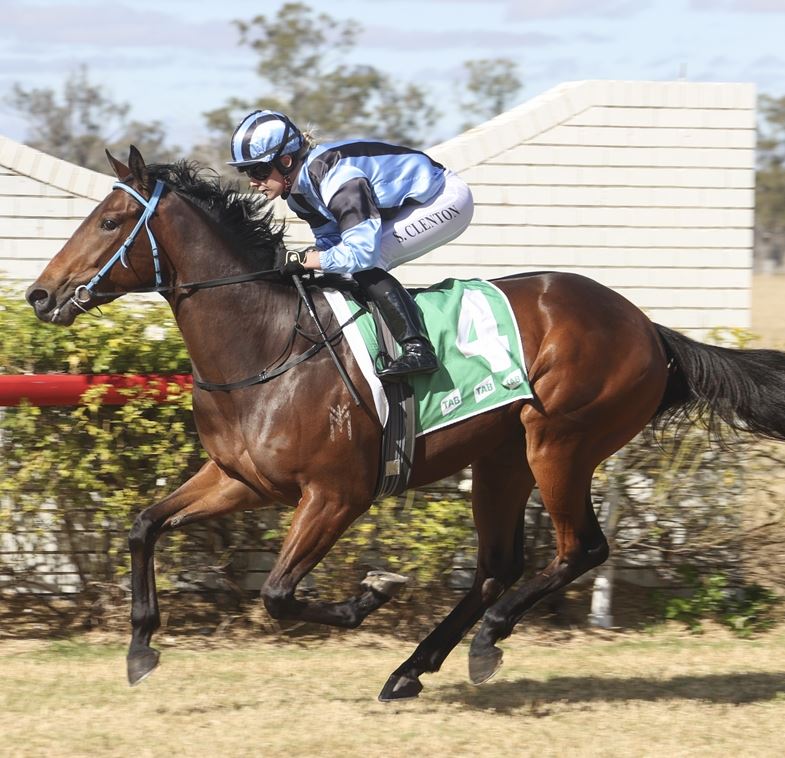 Crockett owns a major share in the youngster who has looked very professional and experienced for a juvenile.

The unknown for Crockett is Limited Reality’s adaptability on a heavy track with the surface rated as a Heavy 10.

There are also some unknown quantities in debutants Monster Bisque ($6) and Watch Me Rumble ($4.60), but on disclosed form, Limited Reality has a clear edge.

Crockett couldn’t be happier with the progress of Limited Reality and also his decision to buy the then yearling almost 12 months ag at the Gold Coast sales.

“I didn’t see him before the sale or after and bought him when he was in the sale ring because I liked him,” he said.

“I couldn’t get any owners for him so I kept 75 per cent myself and he has already won on race.

“It has turned out in my favour that I kept the horse for myself and I think he is only going to be better as a three-year-old.”

Crockett said Limited Reality had “lightning speed” but so did some of the others so it would be interesting to see how he fares at his second start.

“There is a lot of speed in the race and my horse is very fast and will come back to the rider if needed,” he said. “He is very professional for a young horse and having had that one start with a bit of experience will be a positive.

“He does have a bit of extra weight on a heavy track, but I think he will get through the wet. Even if he didn’t handle it – the track wouldn’t deter him from still trying.”

Limited Reality will be ridden by leading jockey Aaron Bullock from barrier four.

Meanwhile, Crockett is most likely to start one of his two last start winners in the Can Assist Dubbo Open Hcp (1000m).

The trainer said he would run early favourite Gold Avenger ($1.90 fav) with Fox Spirit ($4.60) likely to be scratched and saved for a feature race at Coonamble on Sunday June 20.

Golden Avenger has raced twice since suffering a setback for a second at Narromine and a win at Dubbo. Crockett likes the way Golden Avenger – a winner of four of his 13 starts – is progressing this campaign.

“He ran a huge race first-up and then won his next start. He drops in the weights by 6.5 kilograms for that win and I don’t feel I have ever had him going better,” he suggested.

“He is down in the weights, but up in grade. The track will be wet, but he is an honest horse – only small – with 55 kilograms on his back.”

Topweight Just A Flash ($12) is a noted speedster who won the Flat Knacker at Albury in March before failing at his next two starts. He hasn’t raced for four weeks, but is a noted fresh horse with two wins and three seconds from five attempts.