Retiring Trainer Hopes To Go Out A Winner At Taree (Monday)

After 42 years of training horses and “hundreds of winners” Taree trainer Mike Byers is taking his football and going home.

The 63-year-old trainer will be presenting his last two runners at Monday's Taree meeting prior to retiring. 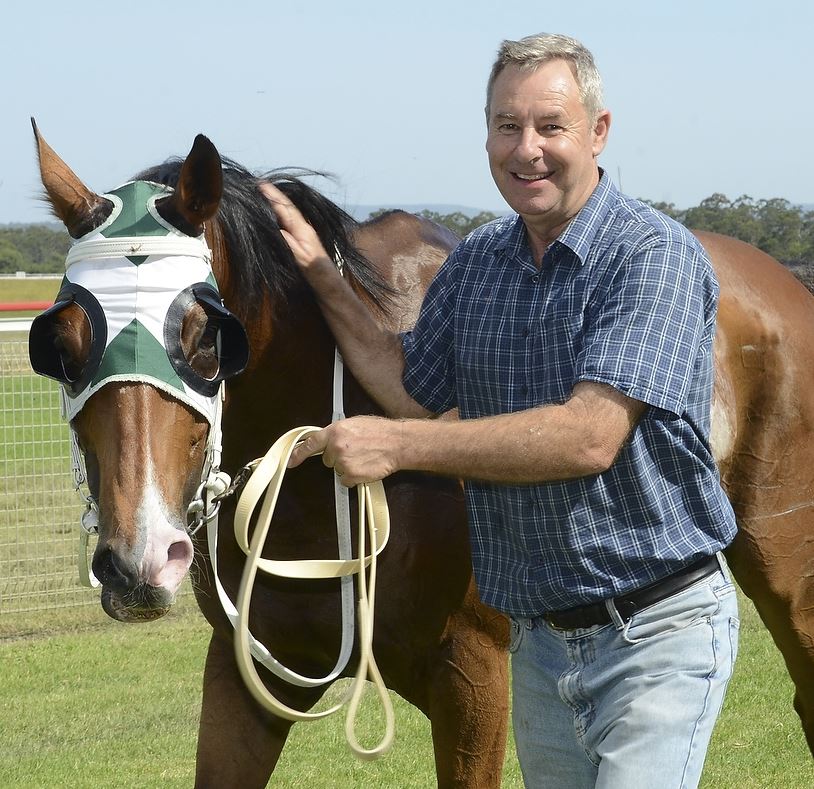 Retiring trainer Mike Byers with one of his winners. Image by Bradley Photographers

“I’ve had a great time training but haven’t had a day off in years, so it’s time to relinquish my licence,” Byers said.

“I’m going to take a month off after my two horses runs at Taree and will probably travel once my wife [Yves] finishes up her work.

“I received my trainer’s licence in 1979 and first trained at Warwick Farm.”

Byers won one of the first Country Championships qualifiers at Taree with Sheza Gypsy in 2015.

“She ran last to Artlee in the Final at Randwick, but her saddle slipped.”

He had his second runner in the Country Championships Final with Casino Mondial who was runner-up in his Taree qualifier in 2020.

“He is a very good horse and we won six races with him.”

Byers said he will be putting his stables up for sale: “We have a great set-up here and it will be a shame to sell but we have to move on.

“We’ve got eight stables on course, each four metres by four metres, as well as a wash bay and feed room and secure gates. It’s all ready to go for someone else.”

“Diplomatic Miss is my best chance,” Byers declared. “She is a mare with a lot of ability but just hasn’t had the luck.

“She won three races on the Sunshine Coast before she came to my stables and she’s only had four runs for me. She finished at the tail last time but was caught three and four-wide the entire trip, so she had to get tired.

“Bullet Train has only raced on four occasions but he’s a horse that will relish getting up to 1600m and 2000m.”

Byers said he has many other good horses during his time training including Mountain Echo [11 wins including three in town], Gypsy Ruler [six wins], Who is Game [Warwick Farm winner] and My Song [12 wins]. The trainer has snared 138 winners on his home track of Taree and 45 at Port Macquarie.

Meanwhile, Saturday sees the running of the Dubbo Silver Goblet Preview (1100m) for 2yos with the winner exempt from ballot for the $30,000 Silver Goblet on Friday 11 June.

And the following day will be the $22,000 Muswellbrook Hunter River Stayers Cup over 2300m.