Marway ($5 into $4.40 favourite on TAB) broke the hearts of his rivals when he opened up a lead of several lengths before winning by just under one length on the Kensington Track on April 25. 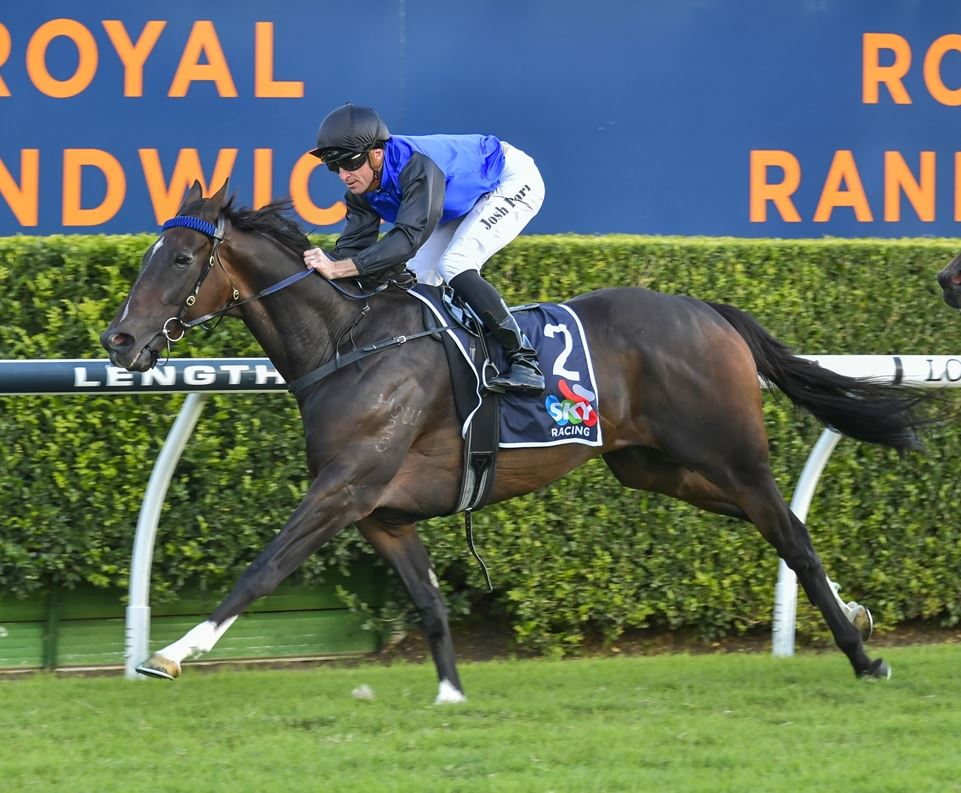 It was a similar story in his previous win at the same track, while he raced just behind the lead when winning his first start for current trainer Mark Newnham at Warwick Farm.

The former jockey has a high opinion of the former Rockhampton flyer who won eight races up north before finding his way to his stable at Randwick.

“He is a very hard horse to get past, very determined and even in his work he sometimes goes a bit too hard.”

Newnham feels he may have had Marway a little too fresh when he put a gap in his rivals early last start, but to his credit still fought on to win with 60kg on his back over 1250m.

“He has good natural speed and overdid it a bit last start so he was a bit fresh for that race,” he explained. “He is climbing up in the ratings a bit, but this is a good opportunity for him in a $200,000 race against strong opposition.

“He gets in with only 54 kilograms and it won’t bother him if the track is a bit rain-affected or firm.”

Newnham’s stable apprentice Tom Sherry will take over on Marway after Josh Parr and Rachel King have been aboard in his past two wins. King will ride former Town Plate winner Ghostly ($18), while Parr was unable to make the galloper’s weight.

Newnham sees the Town Plate as another winning opportunity for Marway and Sherry: “Tom is the leading apprentice in the metropolitan area. He has ridden the horse in work and knows him which is important,” he added.

“He is just back from a broken collarbone and recently won his first group race on Miravalle for me at Kembla Grange. Marway has good natural speed so I expect him to lead or be right there on the speed.”

Jockey Nash Rawiller has been booked for both Handle The Truth – which he won aboard in the Canberra National Sprint – and also Open Minded ($5) who is in some doubt of starting after drawing the outside barrier 22. Open Minded has won his past four starts but isn’t a confirmed starter after drawing so wide.

Handle The Truth has been unlaced in his two starts in Sydney since Canberra, but is back in the right grade and looks well placed to provide trainer Keith Dryden with another Town Plate. Southern Lad finished second in the Plate last year and his form since has been excellent.

The gelding hasn’t raced since finishing second at Randwick in February but has had the benefit of two trials – the latest an easy win with race jockey Regan Baylis aboard. Trainer John O’Shea hopes Southern Lad can go one better than last year when he finished second behind Irish Songs ($11) which will start again on Thursday.

“He is going particularly well. I think the boy that rides him actually rides him very well which helps,” O’Shea said.

Irish Songs is one of two gallopers trainer Kurt Goldman has in the Town Plate – the other Intuition ($23) is part-owned by Canberra Raiders captain Jarrod Croker. The Raiders play Newcastle in Wagga on Saturday giving the club record holder plenty to look forward to in Wagga.

Meanwhile, Newnham plans to attend both major days of racing with Spirit Ridge likely to start in the Wagga Cup and not the Gosford Cup on Saturday: “I think the bigger track at Wagga is more suitable for him so at this stage he will start there,” he suggested.