All But Gone On A Mission In Sunday's Wagga Cup Prelude

If the aptly-named All But Gone can book himself a spot in the Wagga Gold Cup in the twilight of his career, his trainer Damien Lane will view it as “mission complete”. 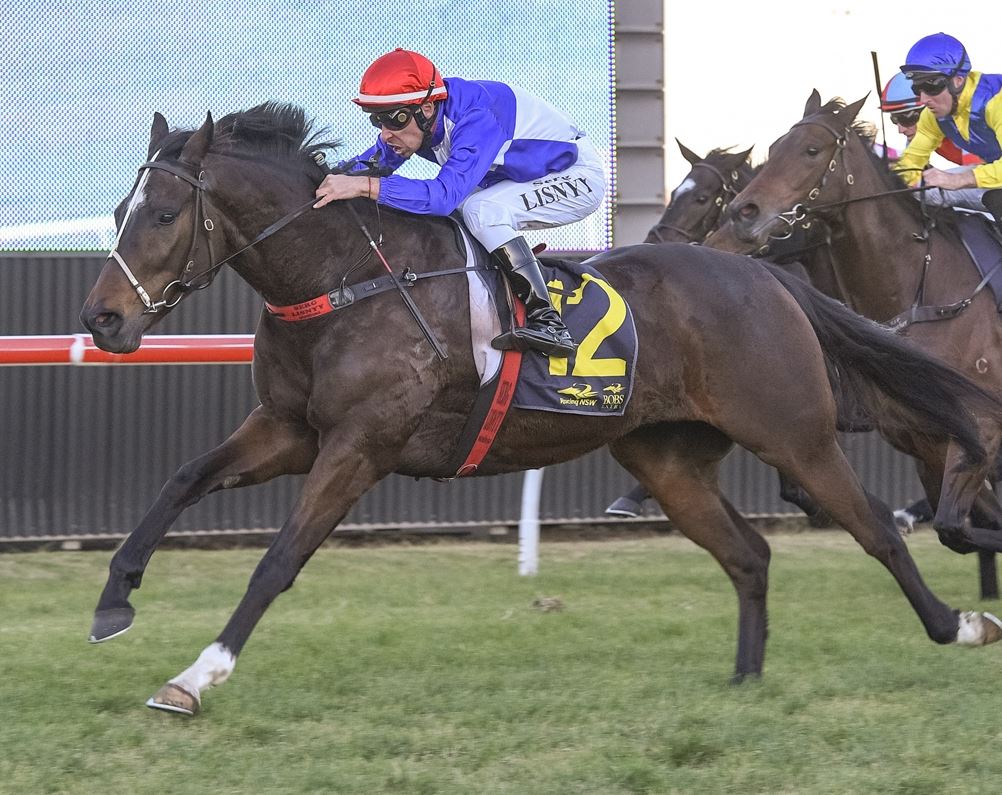 All But Gone (Serg Lisnyy) lands the prize at Kembla Grange. Image by Bradley Photographers

Lane won’t make the long trip from Wyong but is confident All But Gone and his two starters in the 2yo are spot-on for their assignments.

“It’s about a six-hour trip and the first time I have had horses race at Wagga.

"I thought the Murrumbidgee Cup would be an ideal race for All But Gone who can be difficult to place so its means travelling for these type of races,” he said.

“He has had five weeks since his last start in Queensland, but I feel he races best that way.

“He raced well in Queensland and is ready to go again.”

All But Gone never raced until he was a four-year-old after almost losing his life two years earlier.

“That is why he is named All But Gone. I bought him for $1200 and he is the first decent horse I had in my training career,” he said.

The rising 10-year-old has earned almost $300,000 from his nine wins and 17 placings in 67 starts. While he was a late bloomer to starting his career, All But Gone has made up for his second chance and a lifetime with Lane who is also a part-owner.

“He only cost $1200 and has won a fair bit of prizemoney for us,” Lane said. “He is normally a backmarker so the wide draw on Sunday won’t worry him too much.

“The horse has more ability than he lets on and sometimes it has been a bit frustrating, but over the past six months he has raced very consistently.”

All But Gone, who will be ridden by Shaun Guymer, has recorded a win and five straight placings from his past six starts. Lane can only see All But Gone running up to his usual standard on Sunday.

“He had a few starts in Queensland with two weeks between each start and on Sunday goes in fresh after five weeks without a race start which will suit,” he suggested. “He is a rising ten-year-old, but acts more like a two-year-old and is going as well as ever.”

Topweight Mercurial Lad has the class to win the $45,000 feature race where the winner is exempt from the ballot for the Wagga Cup. Mercurial Lad is a seasoned performer well suited to this level of racing as he showed when he won the Bega Cup with 60kg on his back. He will carry 1kg extra on Sunday after the claim for apprentice jockey Heni Ede.

Meanwhile, the term “freak” sits well with Mount Horeb at Albury, but can he produce the same when he starts at Wagga in the Kooringal Stud Wagga Town Plate Prelude (1200m)?

Mount Horeb has won the past three editions of the Albury City Handicap – the equivalent to Wagga’s sprint test – and has won seven times and finished second once in eight starts at Albury. However, he has raced twice at Wagga finishing sixth in last year’s Town Plate and sixth in September.

Trainer George Osborne has kept Mount Horeb specifically for Wagga having not raced the horse since he won the City Handicap on March 18: “He is right to go again and I’m confident he will run well,” Osborne said.

Leading jockey Blaike McDougall has a close connection with Mount Horeb and will ride the gelding again on Sunday.

Morphettville trainer Luke O’Connor will make the long trip from South Australia with Malaise whose most recent start was in Darwin last September. His latest win was at Caulfield in July 2018, and since then he has been widely travelled with a few changes of trainer.