Sestina "Gives Her All Every Start" (Queanbeyan, Thursday)

There aren’t many horses racing in the country that can match the consistency of Canberra mare Sestina.

In fact, her trainer Doug Gorrel would like a stable full of replicas as Sestina just doesn’t know how to run a bad race. 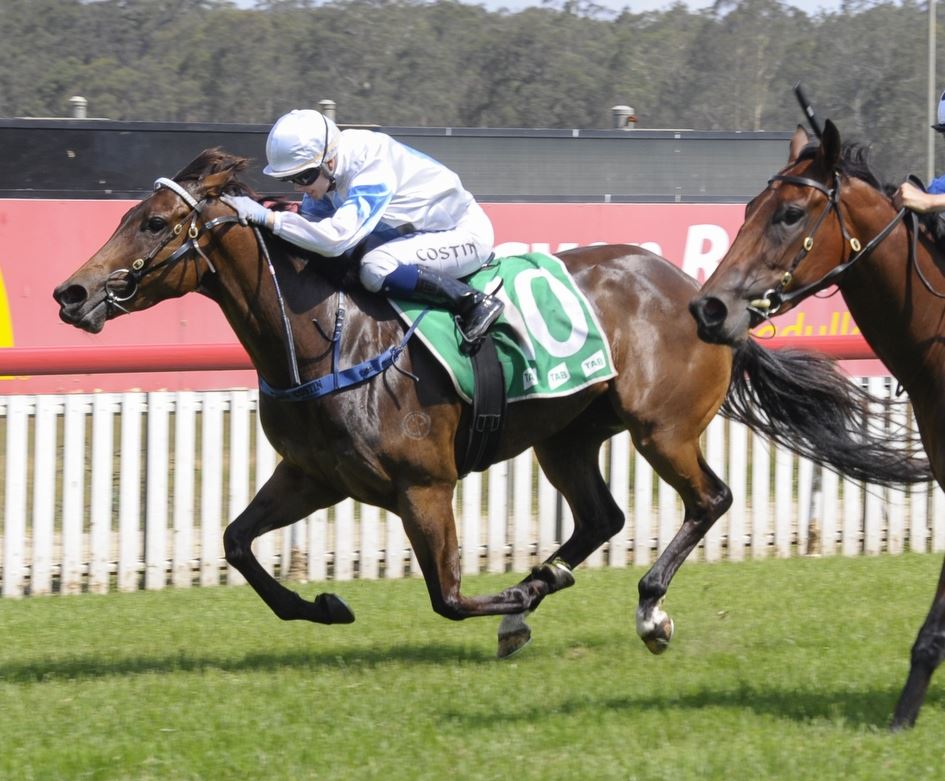 The mare will start in the Joe Cleary Racing Fillies and Mares Benchmark 58 (1000m) at Queanbeyan on Thursday and there is every possibility she will be in the finish.

From her past 14 starts, Sestina has finished in the top four placings each time.

It’s quite remarkable considering ability only takes you so far and bad luck in running can sometimes go against you.

What Sestina lacks in ability she makes up for with pure heart and Gorrel only has one concern as she lines up within the space of six days.

“I don’t normally back her up so soon, but there weren’t a lot of nominations and they were extended so I put her in,” Gorrel said.

“I thought if she didn’t draw well I would probably scratch her, but I can’t see any reason not to run her again the way she has been going even though she has now drawn gate seven.

“She is one of those horses that gives her all every start. She is all ticker and puts in 100 per cent and that is all you can ask for.”

Making the record of Sestina even better is the fact she has more than returned her purchase price of $6000. She has won six times with a further 14 seconds and four thirds for Gorrel, his wife Fiona, daughter Kia, son Owen and amateur jockey Anaelle Gangotena.

“She has raced a couple of times at the picnics and Anaelle has ridden her twice for a win and a second,” Gorrel said. “Sestina races well at Queanbeyan and if she doesn’t lead she is in the next racing pair back which is where you need to be on a tighter turning track."

Sestina has done most of her recent racing with Gorrel despite a stint out west when she had a couple of starts. The six-year-old did her early racing with Country Championships winning trainer Terry Robinson before Gorrel purchased the mare for what has proven to be a cheap price.

“I couldn’t get an owner for her so we kept her to race ourselves,” the trainer said. “She has run second 14 times and a few of those were by narrow losing margins.

“You don’t mind running second or third – it's better than not running a place.”

If Sestina is able to win it will also provide apprentice jockey Jackson Searle with his first winner. Searle has only had 11 race rides and his 4kg claim will reduce Sestina’s weight to 56.5kg: “She is only a small mare so any weight off her back is a help,” Gorrel said.

Impressive Wagga debut winner Irish Dancer returns from a break having not raced since her second start unplaced effort behind Country Championships runner-up Another One last October. The filly wasn’t beaten far in a recent trial and is expected to be in the finish.

A lot of interest also centres on Scone visitor, Winside. The filly was a runaway winner on debut in October and wasn’t extended when a close second in a trial at Scone on March 31.

Her trainer Mark Schmetzer will make the 1100km  round trip with Winside and also Written Verse which will start in the Mark Hallam Builders Maiden (900m).