Armidale trainer Stirling Osland wouldn’t mind one bit if he repeats his feats of the most recent meeting at his home track on Tuesday.

The 30-year-old finished with a winning double plus a second in the Guyra Cup on March 28 and on Tuesday will saddle up a couple of winning chances.

His best hope appears to be impressive last-start maiden winner Kingstar Bullet who destroyed her rivals to break through at just her third start. 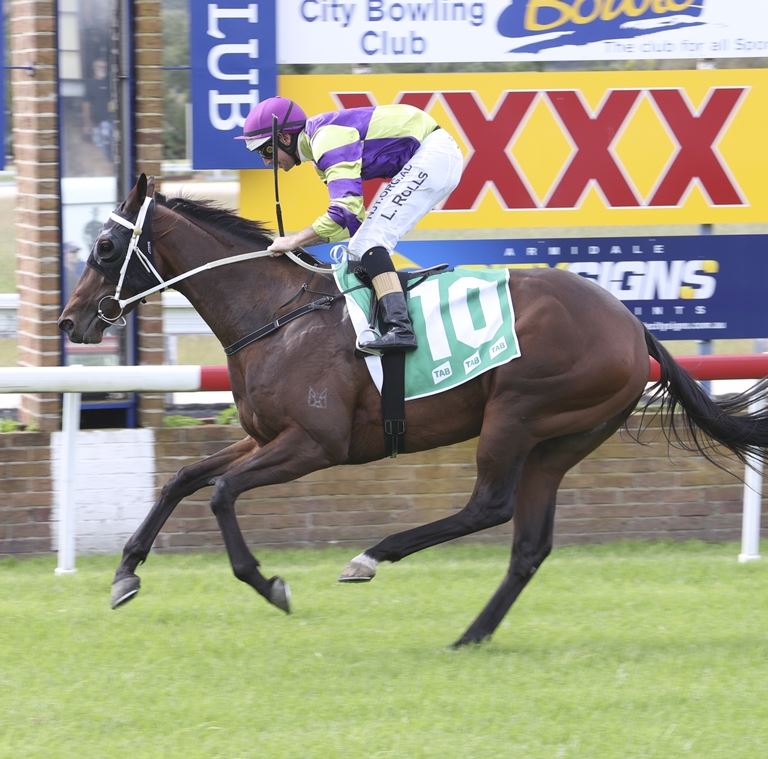 Osland believes the addition of blinkers for the first time did wonders for Kingstar Bullet which lines up in the McPhee Distribution Services Class 2 (1400m).

“The blinkers worked a treat and she should be able to press on a bit the way she won her maiden” he suggested.

“She ran good time and now has to step up to a Class 2.

“She is still learning what racing is about, but she is going well after just three starts.”

Kingstar Bullet, who will be again be ridden by Luke Rolls, is still on the improve, according to her trainer.

The lightly-raced daughter of Bull Point is the baby of the field in terms of experience and age.

She ran an encouraging debut fourth before finishing sixth on a wet track at Moree which prompted her trainer to believe the blinkers would make her more focused.

Kingstar Bullet was able to win by almost five lengths and will race over the same distance on Tuesday with 2.5kg less weight to carry. The step-up in grade is the query for the three-year-old who is raced by Hollymount Stud.

Kingstar Bullet’s stablemate, Shelled, is likely to be scratched which will leave Oswald with just the sole representative.

However, Oswald will have the weight of numbers in the Roberts And Morrow Chartered Accounts Maiden (1100m) with three possible starters.

Pump It Up and Power Runner have gained starts, while Tough As Nails is the only emergency and likely to gain a start. Pump It Up is resuming from a spell and from the inside draw appeals as his main chance.

The filly hasn’t finished further back than fifth in seven starts for Oswald.

“She ran second at her first start for me behind Belle Reve and it won its next start as well,” he said. “She hasn’t raced since December, but from the good draw she will hit the ground running and be some chance.”

Oswald will also have the consistent Wazena and Karaoke Party starting from wide draws in the Maria River Cattle Company Class 1 & Maiden (1900m).

Wazena finished third, beaten more than seven lengths, behind stablemate Point Counterpoint over the same distance and grade on March 28.

“It was a good day last time at Armidale with a couple of winners and placings. I’m not as confident this time, but a couple do have decent chances,” he added.