A former Godolphin cast-off now a journeyman is an interesting entry for next Sunday’s $40,000 Wagga Town Plate Prelude (1200m).

Malaise, a winner at Royal Randwick, Warwick Farm, Flemington and Caulfield, was previously owned by the ‘blue army’ having been through the stables of John O’Shea, Darren Beadman and finally James Cummings. 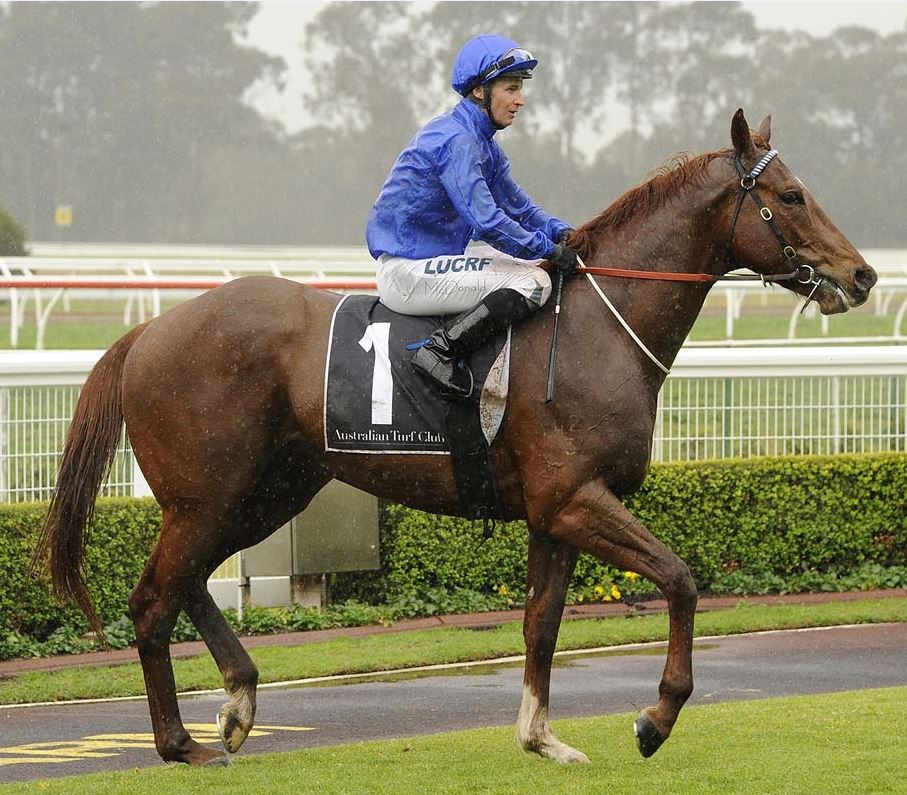 Malaise (James McDonald) returns in the rain after winning at Warwick Farm when prepared in Sydney. Image by Bradley Photographers

The now seven-year-old was sold by Godolphin and raced in Victoria before heading to Dick Leech in the Northern Territory.

The gelding has since moved to the Luke O’Connor stable in Morphettville with the trainer considering the 918km trip to Wagga for the Town Plate Prelude. Malaise would only have to be near his best to give the race an almighty shake.

The winner of the Prelude receives a golden ticket to the Town Plate with the victor exempt from a ballot.

Wagga’s Town Plate has come a long way since its total prizemoney was $65,000 in 2012, with the race boasting an outstanding honour roll including Santa Ana Lane (2017) who went on to win five Group One races after his famous Wagga victory.

Next Sunday’s Prelude Day will also feature the Wagga Guineas Prelude (1400m) and the Queen of the South Prelude (1300m), with both events carrying exemptions for the features on Wagga Gold Cup Day, Friday 7 May.

Meanwhile, the main NSW meeting on Friday is the Spanline Orange Cup Country Showcase program offering more than $320,000 in prizemoney.

Last year’s Orange Cup was taken out by Reward Seeker, a last-start winner of the Wellington Cup on March 28.

“The Spanline Orange Gold Cup also coincides with Orange Food Week so there’s plenty to see and do over the next weekend.

“There’s live music from 3pm with 5 O’Clock Shadow and Nocturnal Duo, along with our Lovestone Fashions on the Field offering fantastic prizes including a white gold and diamond horseshoe necklace.

“And we’ll have a big crowd attending the Cup Calcutta on Thursday night from 6:30pm at the Parkview Hotel, featuring Dave Stanley from the Big Sports Breakfast.

“On raceday gates open at midday with free buses running from the Tourist Information Centre throughout the afternoon and again after the last race.”