Trainer Keen On Mironton With 'Perfect Draw' In Gundagai Cup

The mare earned a start in the Wagga Gold Cup on May 7 with her last start victory and Carroll is just as pleased with the six-year-old heading into the feature race.

“I believe 1800 metres is her ideal distance. She has a perfect draw in barrier three and the extra weight (2.5kg) and distance isn’t a problem,” Carroll explained. 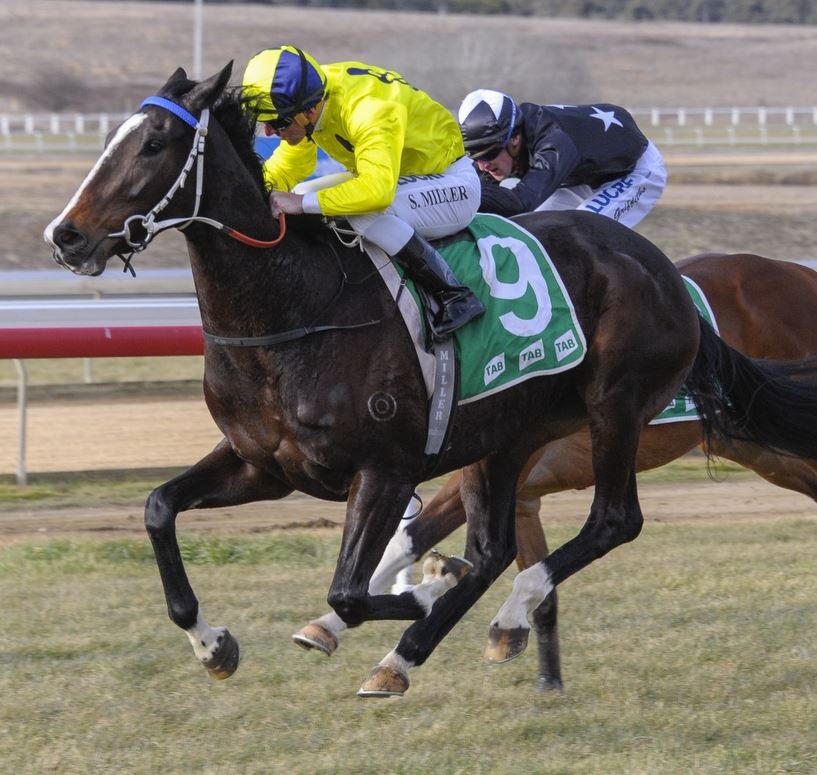 “She has galloped well this week and if she runs up to expectations she will go into the Wagga Cup because she automatically qualified after her last win.”

Lady Mironton indicated the return to a firm surface what she was looking for when she chimed in late to claim Takissacod and Wyangle last start.

The six-year-old creeps up to 57.5kg against the likes of the well-performed Maid of Ore who will have to carry 61kg.

Jockey John Kissick has the ride on Lady Mironton this time after apprentice jockey Tyler Schiller rode her to perfection last start to claim the $50,000 race. That display proved to Carroll that Lady Mironton was where he wanted her heading into an important month of racing.

The well-performed mare will start on ANZAC Day at either Flemington or on the Kensington Track at Randwick after Sunday before heading to Wagga.

Having a starter in the Wagga Cup is locked in and a big thrill in itself for the owners, but if Lady Mironton can add the Gundagai Cup as well it will be a bonus. Carroll feels the mare – a winner of six of her 26 starts - is spot on.

“She just needs a firm track to show her best. She doesn’t do well in the wet so the conditions were perfect last start,” he said. “I can’t fault her work and she is right up to this type of race when she has the conditions to suit.”

Meanwhile, last year’s Gundagai Cup winner, Monkery, is primed for a bold first-up showing, according to trainer David Blundell. Despite having no first-up statistics to back him up, Monkery is going just as well as last year and Blundell believes he can be a force.

Monkey won the Cup at odds of $81 in 2020 and Blundell expects the gelding to run up to some strong recent jump outs.

“He has run a bit of time in his work and I have given him a few good tests and he has been strong,” Blundell said. “I thought he was a good chance last year and he won. This time he is first-up, but going just as well.

“It’s a waste of time starting him in a sprint race so he is first-up over 1800 metres, but he has done the work needed.”

Monkery will be having his first start since August and if he is able to win first-up over the longer distance, it will be some feat by the horse and his trainer,

Blundell is no stranger to big-race success at his home track having won the Gundagai Cup and Snake Gully Cup. The $81 won’t be on offer about Monkery on Sunday, but if he is able to win it will go down as one of the trainer’s biggest feats.