Around 12 months of hard work and preparation all comes down to next Saturday – the big one, the $500,000 Newhaven Park Country Championships Final (1400m) at Royal Randwick. 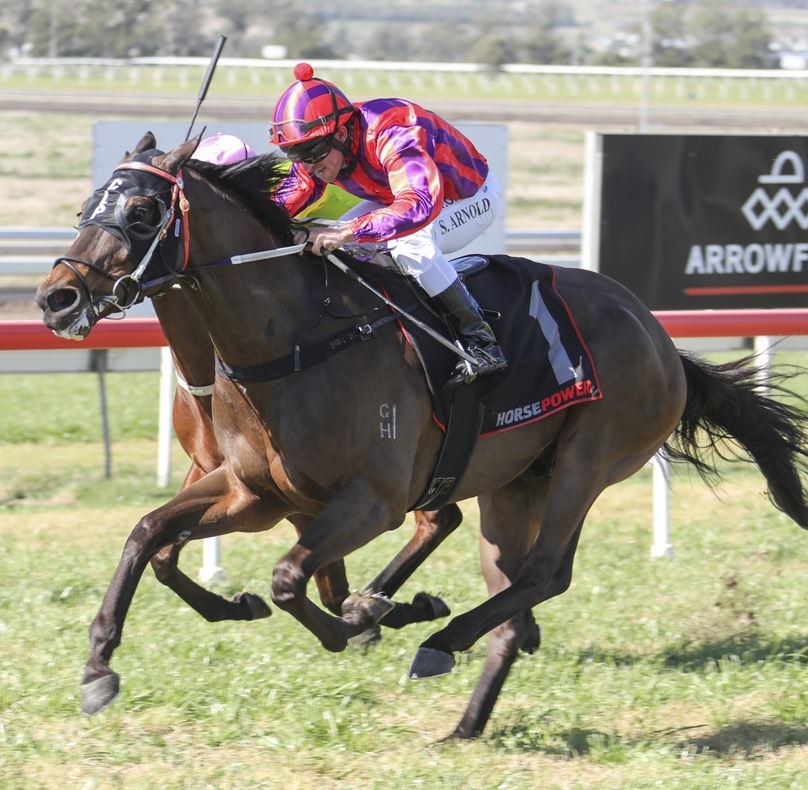 First in best dressed - Baileys (Shane Arnold) winning at Scone; the horse was the first to gain a spot in the Newhaven Park Country Championships Final. Image by Bradley Photographers

Bush trainers state-wide mapped out plans at least a year earlier in an endeavour to get their charges into the ‘big dance’.

Coffs Harbour gelding Baileys ($15 on TAB to win the Final) was the first horse to grab a ‘golden ticket’ when he won the Northern Rivers Qualifier from odds-on favourite Tara Jasmine ($8), who also qualified.

Nowra’s Qualifier the following week was washed out and moved two days on to Goulburn where current Final favourite, Art Cadeau ($4.50) booked his berth. The runner-up Leg Work has since been injured and is withdrawn from the Final allowing Girls Are Ready ($51) to gain a start.

Then to Wagga and Randwick Highway winner Another One ($11) and Bautista ($51) were the two to make it through before the Mid North Coast Qualifier at Taree was also rained out and moved to Scone.

At Scone, it was Taree mare Charmmebaby ($26) earning her spot alongside second-placed Subtle Grey ($71) from Port Macquarie.

Old Harbour then won the Central Districts Qualifier at Mudgee from Hamogany ($101) and Healing Hands ($26). Unfortunately for connections, Old Harbour was injured and withdrawn from the Final, allowing Healing Hands to gain a Final berth.

Next up was Tamworth where Spiranac ($8), named after the retired US golfer and social media personality, Paige Spiranac, won the Qualifier from Pure Fuego ($11).

The Western Qualifier was last but became another wash out with the Coonamble meeting shuffled from the Sunday to the Tuesday. The race was eventually taken out by Activation ($11) who powered home to defeat Wild Rocket ($26).

A final chance to gain entry to the Final came with the Muswellbrook Wildcard, another rained-out meeting that was pushed back five days.

Good luck to all who gained a well-earned berth at Royal Randwick next Saturday, the race always ensures an influx of R.M. Williams pants and Akubra hats!

Meanwhile, Muswellbrook Race Club has raised $23,000 in a Flood Relief Appeal for trainers in affected areas and they have really done it tough over the past couple of weeks.

“The money will help racing industry participants recover after the recent floods on the mid-north coast, Moree and the Hawkesbury region.

“Thanks to Sky Racing’s Dave Stanley and Luke Marlow for all their promotion of the cause and we sincerely thank the main donors.

“The club also provided the opportunity for the Muswellbrook Scout Group to come and collect the cans and bottles from Muswellbrook Cup Day which raised $400 for that group – it was a big week for our club of fundraising!”